How would you live the last day of your life, if you knew the date? When Julian "Juice" MacArthur is granted a short reprieve to fulfill one last dream, he dives headfirst into living his final hours. In the company of a gorgeous hunk named Todd, Julian learns exactly what he's missed all his life. Yet, is it really too late for this sinner to repent and reverse his fate?

There had to be a way out of this, Julian decided. Why would Death make his presence known before he actually committed the deed that called him home? If he remembered his grandmother’s lore correctly, the Grim Reaper didn’t always observe the rules of mortality by the book. Legend spoke of the occasional man who managed to weasel out an early appointment after besting Death in a game of wits or some skill. Surely some persuasive maneuvers might grant him a stay of execution…say, for about fifty or sixty years.

“It doesn’t seem fair,” Julian said, standing and brushing away chip crumbs from his sweat pants. “There’s a dozen terrorists who still haven’t been caught, people who cut off their employees’ benefits and insurance, and your time is spent collecting decent people who swallow too quickly.”

“Well, according to my records, it says here you never had a problem with swallowing before.” Grim leered at Julian, holding up his smart phone. “If you’re interested in demonstrating…”

Aha. Perhaps Grim was a misnomer for this lascivious dark angel. Julian licked his lips. “I don’t do that anymore, but would it buy me a reprieve if I did right now?” he asked, panning his gaze down Death’s thick robes and wondering what to expect underneath.

“Just until I came,” Death said, “and I have to warn you that when I’m excited—”

Julian, however, saw the score. “I’ll get my coat,” he said with a resigned sigh, then stopped in mid-pivot toward his closet. “Unless,” he added, “I should dress for warmer weather?” Already he broke out in a sweat just thinking about it.

“That’s not for me to decide, Juice. I just make the deliveries. However,” He consulted his BlackBerry again, “I’ve seen your file, and I gotta tell you…I’ve seen similar profiles that didn’t result well.”

“What?” Granted, he was no Mother Teresa, but Julian had pretty much spent his seemingly short life steering clear of the law and not purposely rear-ending slow drivers in the passing lane despite the strong temptations. “What could I have possibly done to earn eternal damnation?” he demanded.

“Could you at least not call me that?” Had he just previewed Hell, an eternity of taunts and dry mouth from endless supplies of salted snacks? “My name is Julian, and I’d appreciate your using it for the duration of this…transport, transition, whatever the hell you call your collecting of souls.”

Death, giving a heavy sigh, let back his hood and sat on the couch as though anticipating a long haul ahead. Julian noticed how his hair shone lighter under the brightness of the ceiling fan, and that the Reaper had nice cheekbones and full, kissable lips.

“It’s what you haven’t done,” Death finished, and reached out his arm toward the remote. Quickly it rose unaided and flew into his hand, and Death aimed it at the television. “Watch.”

The screen illuminated with a montage of Julian’s childhood—the birthday parties and holidays, elementary school, Cub Scouts. His history played out like a grainy home movie, highlighting various points of Julian’s life, yet as he watched he noticed the underlying theme that became all the more obvious as his history progressed.

Death pointed it out to him, as though to rub salt in the wound. “Look at yourself. Surrounded by people who love you and want to include you in their lives, and you’re nothing but a sealed envelope.”

“That’s not entirely true,” Julian grumbled, and slouched down on the couch, arms folded. As the denial came out, however, he realized any defense he presented wouldn’t hold water. The evidence flickered on his television—he was the sullen kid sitting in the corner while the family gathered around the piano to sing carols, and he sat alone in the cafeteria with his nose in a book while everybody laughed and planned to meet for pizza after the football game.

Soon the film segued into the adult years…rather, the adult film years, Julian decided. The next scene showed him lying back in bed, elbows propped to support his torso while a hot, nubile young man with freckled shoulders and red hair bounced on his cock.

“Look at that!” He gestured to the set; Death did just yet, with great interest. “Does that look like a sealed envelope to you?”

Death, however, only smirked. “Wait for it,” he said, and the two watched intently as the onscreen Julian shouted his climax and collapsed backward. Seconds later, he snored as the redhead continued to writhe and coax his erection back to life.

“Classy,” Death snarked as he switched off the set. “Just like a man. You come and you go.”

“You could at least have mustered the strength to help your partner reach his own release,” Death said, tsking.

Julian snorted. “I fail to see how this incident counts against me. People get tired during wild sex. Besides, I’m sure Brad understood.”

“His name was Burt.”

Julian sat forward and steepled his fingers. “Get out of my apartment and don’t come back until we’ve annexed Cuba.”

Death held up his hands. “Hey, you know I can’t do that. I got quotas to meet, you know, and to be honest I was hoping to make this an easy pickup. It’s my night to sit vigil at Jerry Lewis’ house.”

Julian sighed. “But you’re Death—time shouldn’t have meaning for you.”

“True,” Death conceded, “but I hadn’t intended to waste what I do have arguing with you. Now,” he stood, “you gonna come peacefully or not?”

“Sorry, sweetheart.” The Reaper shook his head, smiling sadly. “I was only joking before. I don’t trade sex for delays in final exits.”

“Ah, but legend has it the Grim Reaper has accepted challenges of other sorts. A game of chess to win back the soul?”

Death raised an eyebrow. “You want to play chess against me?” he asked, incredulous. “When I went to get Bobby Fischer, even he wouldn’t play me for an extension.”

Julian, though, had already leaped from the couch and now rummaged through the utility drawer in his kitchen. Producing a deck of cards, he turned to the robed man with a wicked grin. 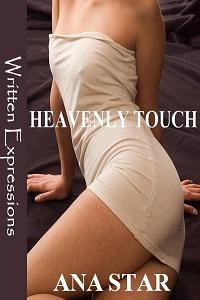 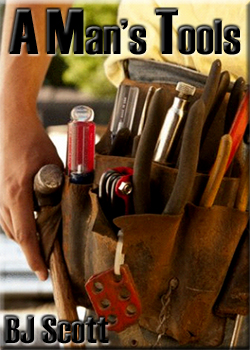 Finn and the Bounty Hunters (MMM)
Gale Stanley
In Shelf
$4.99
Tweets by
sirenbookstrand