…when it’s hard as hell to keep her…

When Kara’s roommate introduces her to a wealthy and charming older man, she has no idea that charm and polite words mean little in his world. When she learns his true motive for desiring her, it appears to be too late to correct her unfortunate mistake of becoming part of his far reaching empire, with his informants willing to do anything for him.

Driven to the Latham estate, Kara gasped when she opened a box containing a strand of pearls and diamonds. “Are they real?”

Grant laughed at the naïvete of young Kara. “I will never settle for anything but the real thing.”

The conviction in his voice was on the edge of sinister, and Kara flinched a little at the touch of his finger making its way down her arm. He hooked the pearls at the back of her neck and led her to his bedroom. Behind the closed doors, he lay on the bed and ordered Kara to undress. “Slowly,” he said.

Kara slid the zipper down in the black dress she wore and unclasped the lace bra. “Look at me,” Grant commanded. Kara looked into the dark brooding eyes of her master. Yes, this man was her master whether she wanted to admit it or not. He was her puppet master and when he pulled her strings, she danced for him. She began to slide her panties down her legs, but he stopped her. “Not yet. Come here.”

***
Kara and Denise hurried aboard Grant’s jet and took a seat in the lap of luxury. Kara slid her hand along the leather seat and buckled her seatbelt. She wondered why she heard the voice of Grant’s driver over the loudspeaker.

“Guess so.” Kara had no idea Grant’s driver was also a pilot, but there was a lot she didn’t know.

The airplane came to a stop with a jolt and the pilot entered the room where Denise and Kara were waiting. “Welcome home, ladies.”

Denise hopped out of her seat, eager to begin the adventure, but Kara noticed the somewhat sadistic, or was it hesitant, smile that formed on the pilot’s face. “Home?”

With the man looming over her, she felt a little fearful of him. His name, she learned, was Drago. He was a big man with broad shoulders and a wingspan that could rival a small aircraft. Kara had done a bit of snooping when Grant was asleep and discovered that Drago had been born and raised in Lithuania when it was part of the Soviet Union, that he had been trained to kill while working for the KGB, and that he loved vodka. He towered over her as he helped her down the steps.

“Grant is waiting at his private estate. It’s up ahead through the trees.”

They were soon swallowed by thick trees and darkness until at last a streaming light appeared and the magnificence of Grant Latham’s island estate shone brightly. Kara’s breath caught as she took in the sight.

The door opened and Grant stood in the entrance with his arms folded. His stance clearly indicated that he thought he was the king of the world. The two young women approached him slowly, as if waiting for some kind of signal from a higher being.

Kara nodded, took her friend by the hand, and ran up the steps. “I didn’t know anyone could own an entire island.”

“My dear, Denise, everything is for sale and everything can be owned.”

She looked around the interior and nodded. It was Kara who caught the true meaning of Grant’s words. She and Denise were as good as owned by the man himself, or so he thought.

“Where in the world are we?”

“My privacy is of the utmost importance to me. You know that, Kara. Relax, my dear, and enjoy the weekend.”

Grant opened a bottle of champagne and poured generous glasses for the four of them. “Drago doesn’t usually partake, but when we’re on the island he can drink as much as he likes.”

Drago nodded as he downed the sparkling liquid in one big gulp.

“How about a tour of your home, Grant?”

Grant looked uneasily at Kara, but then he turned his attention to Drago. “Do me the honors, please. I believe I’ll visit with Denise. You don’t mind, do you, Kara?”

“Not at all.” If the old man was trying to make her jealous, it wasn’t working. Kara wanted him only for his money and nothing more. She was a little fearful, however, when Drago offered his hand, but the way his hand encased hers was somewhat reassuring and she relaxed as he guided her through the private home. The man’s hard exterior seemed to soften a bit as he opened the door to each room. When he passed a door marked ‘private’ Kara asked what was inside.

Drago spoke softly, “Mr. Latham goes there to be alone or sometimes not so alone.”

They moved on, but when they came back around, they heard the deep voice of Grant Latham along with a giggling Denise. Drago stopped, so Kara wouldn’t see, but she saw anyway. The door to the room marked ‘private’ was opened and Grant and Denise went inside, closing the door behind them.

Drago led her to a place within the home that was far removed from Grant’s room and motioned toward the photographs along the wall. 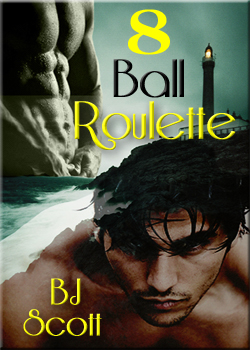