He wanted to hate her, but how could he? He felt protective of the naïve young woman.

When Janie is sent to live among the Sioux, she is met by a proud native, as well as his sarcastic remarks and smirky grin. She wants to hate him, but she needs him to survive on the reservation, where life is filled with hardship. Beneath the hard exterior and demeaning words of the proud man lies a warrior with a heart of gold, but he will never allow the privileged young white woman to know the truth about him, or let down his guard in her presence, no matter how much she needs or wants him. He has other intentions.

Editor: Maryville Times
Finally, great literature! If you like suspense, romance, and Native Americans, you will love this work of art. What a gem!

Editor: Wainwright Reviews
K. Lyn Kennedy is a breath of fresh air. Her writing is filled with suspense, drama, and romance.

“You want me to leave, don’t you? You have done nothing but give me a hard time since I got here, with your paleface comments, your smirky grins, your blame, and your backward thinking that I can’t do anything. You are a male chauvinist pig!” Janie could see him clench and unclench his fists and she knew she had gotten to him.

He turned around, pulled her to him, and locked his legs around hers. He placed his strong hands on her face and bent her head back. “You have no idea what I am thinking.”

She stared at him, her face smooshed between his warm brown hands. He towered over her and she felt as if she were shrinking by the second. The blue eyes that stared up at him were kind with their sparkle and their naïve brilliance, and he wished he could build a protective shield around her and keep her for his own.

“My face is squished.”

He wrapped her long brown hair around one hand and gently kissed her parted lips. He had not meant for it to happen, but it had, and he didn’t want to stop. He kissed her with passion, and in a way that was new to young Janie. He couldn’t get enough of the woman whose skin was as white as snow. When he felt the slender arms on his back, he held her closer. When he finally found the strength to pry his lips from hers, he held her to his chest and kissed her neck.

Janie turned her head to breathe, and thought about how she had watched him sleeping earlier that day when she stopped at the door to his room. He had worn absolutely nothing, with no blanket covering any part of him. He was perfect… all of him. His chest was broad, his stomach like a washboard, his legs as thick as tree trunks, and what lay between them was meant to be hers and no one else’s. She had tiptoed quietly by, wishing she were not a virgin.

Under the Tree
Stephanie Williams
In Shelf
$2.99 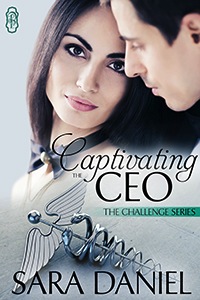