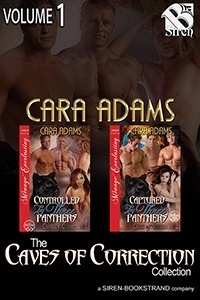 Mackenzie Weymouth had spent her entire life avoiding sports in any form. Her idea of physical activity was sitting on the couch and picking up the remote to change the channel on the TV when football or baseball came on. Even when it came to walking, Kenz considered the distance between where she parked her car in the employee parking lot and her desk a perfectly adequate amount of walking for the day. Although, if she was honest, she didn’t mind walking somewhere pretty on a nice sunny day with friends. It was just that the planets almost never aligned, so all the elements weren’t in place, and she’d rather stay at home.

And now these men were expecting her to get into a teeny-tiny boat and paddle it?

“I’m pretty sure I didn’t sign up to go in one of those things,” she said firmly, pushing her glasses up her nose.

“Well, ma’am, that’s true. But it’s either get in the kayak and see the island from the water or else walk around it,” the truly delicious-looking guide in his navy blue Caves of Correction T-shirt said.

“Walk? Up all those hills along those narrow dirt paths?” Kenz was annoyed at the screeching sound in her voice. But seriously, walk? Wasn’t that a rude four-letter word?

Kenz stared at Mr. Yummy. The edges of his lips were tilting up in a smile. He was fucking teasing her.

One of the other men wearing the same uniform T-shirt and making no attempt whatsoever to hide the fact that he was laughing at her said, “When I was a teenager I broke my arm and my foot so I couldn’t use crutches to get around. Mom wheeled me to school each day in a wheelbarrow. If you like I could go get it. We could even put some pillows in it so your ass won’t get banged against the steel as we take you over the rocks.”

Kenz was very tempted to tell him to do that, but she had a feeling he really would and she’d end up having to walk instead of being bounced out of a wheelbarrow. At least in a boat she wouldn’t be likely to end up walking too much.

All three men were totally delicious. All had black hair and really dark eyes, along with muscles bulging out of their uniform shirts and tanned skin.

Two of them were wearing board shorts, and their legs were as tanned as their arms. The third one, the leader, rolled his pants legs up before stepping into the water and holding the boat—kayak—still for her. The middle one, the one who’d mentioned the wheelbarrow, held her arm and led her to the kayak.

“Step into the center of it. I’ll hold you steady while you sit down.”

The boat wobbled and bounced on the water, but his hand under her elbow did support her as she climbed in, sat on the narrow seat, and tucked her legs into the space in front of her. She pushed her glasses up her nose again, and pulled her hat down tighter over her hair.

The bossy one climbed onto the seat behind her while the nice one handed her a paddle. He said, “You dip the oar—”

“In your dreams, buddy. You might have convinced me to get in the boat, but no way am I paddling it.”

“Well, don’t drop it and lose it,” the man sitting behind her said.

That was a point. She supposed they’d add the cost of a new one to her account for the week if she did. Carefully she tucked it along the length of her body, one end safely inside the kayak at her feet, the other end resting under her arm.

Kenz folded her arms over the oar, paddle, or whatever the hell it was, and looked all around her. This was her first full day at the BDSM Caves of Correction resort, and she was more than ready to see the sights, especially any ones that included men as handsome as these three. She was actually quite surprised that there were three of them. She’d assumed a single guide would show her around, not an entire team. Then she frowned. They sort of looked alike with the same coloring and build. But there was a similarity in the shape of their faces as well. Right now she didn’t want to turn around and stare at the bossy one seated behind her, but she was sure he had the same patrician nose and slightly square jaw as the other two in the kayak beside hers. Hmm.

“What are your names? Are you brothers or cousins?” she asked.

“Didn’t Colter introduce himself to you last night? How rude. I’m Declan Lang. Sitting behind you is my brother Colter, and my younger brother Asher is behind me,” said the one who’d laughed at her and suggested the wheelbarrow.

“How did you break your leg and arm, Declan?”

“Foot. I was a teenager growing fast and had temporarily lost my usual superb motor skills. I jumped from rock to rock and missed.”

Mackenzie couldn’t help herself. She laughed at him. “I’m sorry you hurt yourself, but I have to suggest your skills were less than superb, at least right then.” She was still giggling and grinning at him.

“But these days they are once again extremely good.”

He waggled his eyebrows at her, his smile every bit as broad as hers. Heat pooled in her belly. Hot damn. Were these the men who would be with her for the entire week? Were they going to teach her all about punishment, submission, and sex? “Are you three going to be my guides for this week or are you only on duty today?”

The man behind her, the bossy one who called her ma’am all the time, stopped paddling and leaned forward.

“You belong to us this week, Mackenzie Weymouth. You signed a contract saying we could do all sorts of things to you for a whole week. We plan to teach you amazing facts about bondage and submission.”

Declan turned her head farther to the side, and she sucked his cock deeper into her mouth until her lips were stretched wide around his girth. Hmm, he tasted good, yet he was so large her mouth was stretched and overfull, rather like her ass and her cunt. They were both stretched and overfull as well. She giggled slightly, accidently inhaling Declan’s cockhead a little farther until it was pressing against the back of her throat. She wasn’t sure how to open her throat, but she thought she could attempt it anyway. She’d gotten moderately good at it when she’d experimented with her purple dildo that one time.

Kenz’s mouth was filling with saliva, which she thought was likely a good thing as it made his shaft nice and wet and much easier to suck. She used her tongue to coat his erection with saliva, and was all ready to try to deep-throat him when he eased out of her mouth until just his cockhead remained.

Before she could decide what to do next, Asher and Colter pulled their cocks out of her cunt and her ass. An overwhelming sense of loss flooded her senses. In a heartbeat her body had gone from being stretched wide to almost empty. It was as if she’d been the center of attention at a party and she’d turned around and everyone had left the room. Abandonment. Aloneness.

Just then all three of them slammed deep inside her, and she shook with tension. Well fuck! That was amazing. Since they were Doms they’d likely wanted her to experience those sensations, but she hadn’t liked being neglected at all, even though it was only for a few seconds. It’d been a shock and felt like an eternity at the time.

Colter and Asher were pumping in and out of her cunt and ass now on a regular beat, and she rocked with them, loving the fucking. Declan gripped her hair and moved her head up and down on his cock as he fucked her mouth in time with the other two men fucking her cunt and ass.

Kenz scraped her teeth lightly up and down his shaft as he pulled it out of her mouth and then waited until she was certain she understood how the three men were pacing their actions. Then, as they all slammed back inside her, she swiveled from left to right, and back again, dragging their cocks against the walls of her dark channel and her pussy, and also making Declan’s cock turn in her mouth.

All three men groaned simultaneously, and hard hands gripped her hips, her waist, and her head, holding her still. But that was okay. She’d guessed she’d only get away with it once. However, they’d enjoyed it. It had heightened the sex for them and made her more of an active participant in the experience, which was what she wanted.

Kenz closed her eyes luxuriating in the sensations of three men fucking her, pleasing her, and touching and teasing her everywhere all at once. She breathed deeply, inhaling Declan’s scent along with his cock and trying to decide whether all three men smelled the same, or if the aromas in the room had dulled her ability to discern miniscule differences.

At least the noise of the hurricane had abated somewhat. Each crash of thunder no longer pounded in her brain. Instead, her mind was filled with the awe and wonder of myriad hands on her body, of harsh muscles pressing against her softer skin. Of arms and legs, fingers and toes, touching her in random places at unexpected times. And most of all, of three delicious cocks pumping in and out of her body bringing her ever closer to an orgasm that promised to be her best one yet.

Determined to make an impression and show the three men she appreciated their efforts for her, Kenz sucked Declan deep into her mouth and let his cockhead rest against the back of her throat again. As she did, she waited until both Asher and Colter’s cocks were deep inside her, and then she squeezed her inner muscles tight and held their cocks in her grip for as long as she could before needing to let them go and breathe properly again.

Asher and Colter pulled out of her and slammed into her again fast and hard, their measured pace gone in a heartbeat, replaced by this furious pounding into her body.

She tried hard to concentrate on Declan, scraping her teeth over his cockhead again and rubbing her tongue up and down the side of his erection as he pulled his cock out of her mouth and pushed it in again.

It was getting almost impossible for her to think. Her body was on fire with need. The orgasm inside her belly was clawing at her skin, desperate to come out, and her brain was fried from emotion and arousal. All she could think about was climaxing. She sucked on Declan’s cock, and dipped her tongue into the slit, relishing his salty-sweet flavor while the hands on her hips and waist held her lower body still as Colter and Asher rammed in and out of her at breakneck speed. 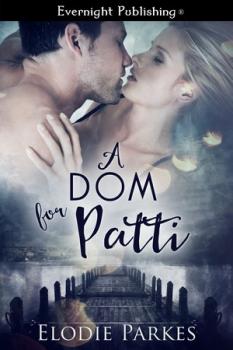