Molly was simply repaying a favor when she agreed to go out with a friend’s brother-in-law. But what’s a girl to do when she finds herself face to face with Butch Labadee, the jerk of the century? Perhaps bite her tongue and anticipate the moment the date is over and she never has to see him again? Wrong.

Trapped in a desperate situation, Molly needs a hero. She certainly doesn’t need Butch. Does she? Was he really the hard-nose he presents himself to be? Or was it possible Butch was afraid of a little feeling called love? 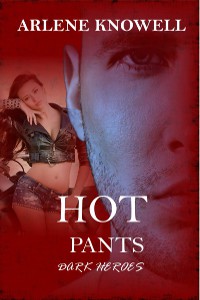 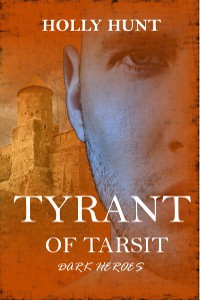 Jodie couldn’t believe she was on the bike with Butch. Karma was the weirdest thing in the world. The man she detested from the moment she met him was now the man who’d ridden in on a blue bike and saved her. Granted, he wasn’t a knight on a white horse, but she was just as happy to see him. He had risked his life to save her and no matter how repulsive the man was, she owed him big.

The sun had found its nightly hiding place and darkness had overtaken the world leaving nothing but the terrifying orange glow of fire around them. If Butch and John hadn’t shown up they would have surely died. There was no way they could have survived to run another six miles in the blistering heat.

She tightened her grip around his midsection and held on for dear life. If Butch was man enough to set aside the past and risk his life to save her then she could darn well get over it all and give him a proper thanks when the opportunity presented itself.

The sound of a crashing tree caught her attention and she wondered how long it would take the fire teams to get the blaze under control. She hadn’t been lucky enough to see what the firestorm left behind, but she was certainly misfortunate enough to know exactly what the red, orange and blue blazes looked like as they consumed every stationary thing in their path.

Her ears would probably roar for a week. The sound wasn’t like a train but was just as loud. It was a constant flowing noise, roaring in victory as it destroyed everything. “I think I see the end of the flames,” Butch turned his head slightly and yelled toward her. “Hold on, this is going to be a hell-of-a-ride.”

Jodie tightened her grip and looked over her shoulder toward John and Maggie. She would have never thought in a million years she’d be in a situation like this. She’d never even had a desire to ride a motorcycle, yet she was on the back of a dirt bike, flying through a muddy creek bed at a blistering speed. If she’d been asked there was no way she would have thought a fire could surround her and left her helpless and struggling to stay alive. She should have turned back instead of going for gas. They could have gotten an eight or ten mile head start, according to how much gas the car really had, then they could have found safety before the real danger ever came close.

Butch circled the bike to the left bank, turned toward the right, throttled the accelerator and the bike jumped forward. If Jodie hadn’t been locked in fear she would have screamed. The bike took the creek bank with little effort and jumped into the air at the top. It landed with a crash and Butch brought it to a stop and removed his helmet.

John and Maggie cleared the bank, probably not with as much pizzazz as Butch, but successfully all the while. Jodie looked at the distant flames. She’d spent too much time ahead of those flames. This time however there was hope. She could see a vast opening for forest and fields. They had safely reached the fire’s outer wall.

“Are you okay?” Butch pressed his feet onto the ground on either side of the bike, pressed them against the ground and stood.

He lifted his hand, cradled her face and smoothed his thumb over her scorched brows. “You’ve been in a hell-of-a-mess haven’t you, Hot Pants?”

Jodie’s heart all but skipped a beat. His touch was soft, even against blistered skin. If she could find words, she needed to speak. “Yes, we have.”

He moved his hand when John stopped the second bike by their side. “You can relax now, I’ve got it.”