The week before the biggest event of his life, Arturo is missing one thing―a date! So he goes to his agent, Raquel Strawberry, for a little help. And like any good friend, she agrees to help, just because.

Just like blood in the water attracted sharks, or just like turning on the lights on a summer night attracted flying insects, there was something about a wedding that made an otherwise reasonable adult female want to share the love.

But there was no way he could weasel out of this wedding.

His long-time friend Jessica Elaina Maria Lopez, now Jessica Hernandez, had invited him to the wedding and the following wedding reception. He had thought of a million excuses, and dropped them all. Jessica knew he had that weekend free. There was no escape.

And so here he was.

Neither the groom nor the groom’s family had invited him to be on the podium, which was just as well. Because even though he was friends with the groom, just being a spectator to the vows of love and devotion being taken made him sick to his stomach.

He had wanted to throw up. Although he would admit it was a sour grapes thing.

So far, no woman had deemed him fit to take wedding vows with, and at the rate he was going, in his mid-40s, none ever would. Falling in love and getting married was, apparently, a game for the young. And he was no longer young. Although, thanks to a deal with a movie studio, he was now loaded.

And now, here he was, at the wedding reception. At least he had finally been able to take off the hideously uncomfortable bowtie and unbutton the collar of his shirt.

As soon as he entered the reception hall, Jessica ran over to him, wedding gown and all, the veil still covering her black hair, and threw her arms around his neck, giving him a million noisy kisses. “Arturo! So glad you came!”

Art cracked a grin. “Thanks for inviting me,” he said. “Congratulations, Mrs―”

“Arturo, do not make me hit you,” Jessica cut him off, pointing her finger at him, the tip of her glamour-length French acrylic fingernail less than an inch away. “You start calling me Mrs. anything and I will hurt you.”

She winked. “That’s better. Now, please, get yourself something to eat. And try to mingle, would you? I know you hate socializing, but please, try. For me. Okay?”

He hated to see her plead. “Okay, okay,” he relented. “I promise. I might even dance. You never know.”

Jessica took her turn to laugh out loud, throwing her head back. She gave him another quick hug and a kiss on the mouth. “Te quiero, papi.” I love you, baby.

“But just as friends, right?”

“Arturo, you’re going to have to explain to me some day why men are so allergic to the F word. Friends.”

She stared into his eyes for a long moment, her hands on his face.

Then she said, “Hey, I also invited Leah to attend.”

“Really? And she accepted?”

“Yes,” Jessica nodded. “I know she didn’t exactly say so, but she really appreciated you buying that dress and shoes for her. You should have heard her on the phone.”

Art felt his cheeks heat up. “Well, you know, what good is having money when you can’t spend any of it?”

Jessica squeezed his arms. “Speaking of which, there she is.”

Yep, there was Leah Marie Register, wearing the dress and shoes he’d bought for her. To say she looked pretty would have been like saying the sun was bright. The dress fit perfectly, as if it were made for her, as did the shoes. It was black, hit just above the knees, and was sleeveless, made of leather or something that looked like leather. In front, it didn’t show a hint of cleavage, but in back, it didn’t have a back, diving all the way to the small of her back, where a shiny metal zipper went down to the hem.

And Leah had decided to wear her blonde hair up in a bun. So it was pretty obvious she wasn’t wearing a bra, at least.

Art looked at Jessica, realizing he had been staring a little too long.

“I know you heard me,” she said, nudging him. “Come on. Go over there and ask her. Or shall I work my magic?”

“Don’t whatever me,” Jessica said sternly, pointing her finger at him again. “And don’t go anywhere.”

Before he could stop her, she moved off, making a beeline for her friend, who was also her business partner. Together, the two ladies ran a food truck. They made the best breakfast burritos in the city, in his opinion.

He watched as Jessica approached Leah, who was over at the drink table, perusing the available options, and nudged her. When Jessica had her attention, she gestured over her shoulder. Leah turned and looked at him.

She smiled and waved at him. Art felt like the floor dropped out.

Then Jessica turned and gestured for him to come here. Art swallowed and somehow made his legs work. Moments later the two of them were on the dance floor. Art swallowed again as he slipped his right arm around Leah’s waist and rested his hand on the small of her back.

God, she smelled so nice. She looked so pretty. He tried to start a conversation, but the words stuck in his throat.

“Yes,” Art nodded, grateful for the opening. “She does. They look very happy together.”

“Nothing. Just wish I was the one getting married.”

That was new. “I think everyone in here wishes that.”

Leah smirked. “By the way, I wanted to thank you for this dress, and the shoes.”

“You’re welcome,” he said, and meant it. “Looks like I ordered the right size.”

“You’re very welcome. I would imagine you’ll wear it everywhere.”

“Well, maybe not everywhere. But definitely for special events.” 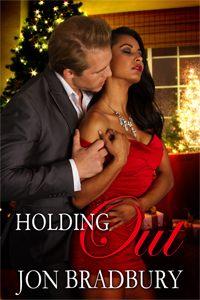 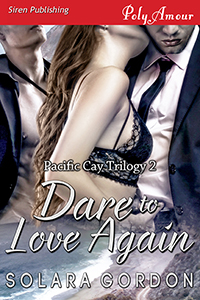 The Alphas of Glenariff (mfm)
Mya Larose
In Shelf
$5.99