Sara finds herself in a new world, an all-vampire community that at first seems like a picturesque scene of self-indulgent paradise, but soon learns that there’s an underbelly to this place of sun and sex. Having been a captive of a vampire’s insanity, she finds herself drawn towards two very compelling slaves, who reside on the island, raising many buried memories for her, and igniting a mental agony she can’t ignore for long. Ancient magic is afoot, presenting to her a whole new set of problems she’d never signed up for. Sara doesn't know it quite yet, but fate has interceded and changed her destiny from being just another Hunter, into so much more 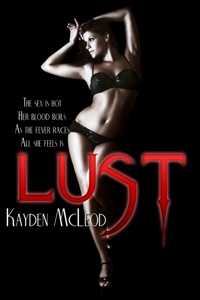 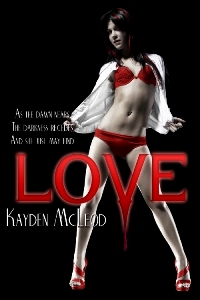 Yolie laughed at my fixed expression. Her eyes filled with knowing delight as I gazed at the most fascinating, beguiling specimens I’d ever seen.

“You wonder of them.” Yolie pointed toward the blonde one. “This is Keoni, a personal favourite of mine. He is very good at what he does, with an appreciation and thirst for knowledge in his work.”

A flicker of indecipherable emotion crossed his light brown irises, but it was the subtle twist of his lips that gave him away. The favouritism obviously didn’t work both ways.

When her attention turned to the kneeling figure with thick black hair, so did I. He had strange pale eyes, but it was his torso covered in native Marquesasian tattoos that demanded notice first.

“And this.” Her fingers ran through his hair, and he didn’t react in the slightest way. “Is Adoniia. The two of them are the oldest, most skilled…and eager men in my service.”

“Hello.” My awkward smile faltered when they didn’t move, not even so much as blink.
The strict discipline didn’t sit well with me, any more than Keoni’s reaction had. What being would want to be so regulated and controlled?

When these thoughts began to get closer to the surface, I shoved them back as far as they would go, without falling out the other side of my head. There wasn’t any way to tell if Yolie was paying attention, but the black-haired one had a ghost of a smile on his face.

Loren treated them as if they didn’t exist in a conscious sense. Inanimate, much like the chair their master sat in. How could he? It was just wrong. Damn it. Here I was thinking about it again.

Did Keoni roll his eyes? I thought to myself.

But even that was spellbinding. It was the first time I’d seen Yolie’s personal brood this close up. Normally, they weren’t with us during our visits. Though, on rare occasions, I’d seen them around the island from afar.

Both of them stared at me, anticipating something I couldn’t fathom. Why were they here?

“For what?” I muttered back, unsettled and confused.

Adoniia’s prismatic blue eyes were truly bizarre, which was a hard thing for me to say. In my world, everybody had unusual eyes.

His thick ropes of muscle and sinew were covered with bronzed skin. His tattoos shimmered in the sunlight, something I’d never seen before. He looked so exotic, so different than the norm.

I recognized some of the patterns that wove from one into another on his flesh, much like the natives’ on the surrounding islands. Loren named them in my mind without having to be asked, while my eyes crossed each one.

The fishing net blended into what was called the mata hoata. Above it was a coconut frond, and a Marquesan cross. All of the designs dated back far longer than either Loren or I’d been alive. They were precious art to some of the people here in the French Polynesia.