Made To Love Her

Eli Eden’s ‘Plan’ is simple. Hire women to come to him in his marble mansion, participate in his sexual fantasies without ever suspecting his deepest, darkest and most humiliating secret, and pay them handsomely for their trouble. So far, it’s worked without incident. But so far, Eli hasn’t found himself face to face, or head over heels in love with, anyone remotely like Claire!

Made To Love Her 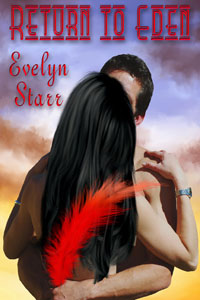 Eli’s fingers closed around her wrist. Gently, insistently, he forced her hand to rise again, not toward the champagne centered plate of strawberries, but toward something else. Something he pressed against her fingers, murmuring “take this,” in a hoarse and not entirely steady voice. “Use it.”

Dimwitted with desire, barely able to form a conscious much less a coherent thought, Claire looked down. She held a small crystal bowl…elegant and heavy, filled to the brim with white and fluffy mounds.

Just as gently, forcing her to remain upright and to balance herself precariously, dependent entirely upon her toes now to grip and hold her in her place, Eli brought her other hand up from the table. He refused to allow her to lie back as she wanted, speaking sharply for the first time this evening as he ordered her to ‘sit!’.

Still dumbfounded, still unable to comprehend though somewhere at the back of her mind consciousness insisted she did comprehend, Claire stared stupidly at the bowl, watching as Eli plunged her fingers deep into its creamy white contents.

“Use it,” he ordered again.

“I’d like a nice little piece of tart for my dessert,” he murmured, his smile returning with slow seductiveness. “And I like tart with whipped cream. Lots of whipped cream, so I can lick it away before I bite.”

Gulping as she came, abruptly and without even the slightest quiver of a warning, Claire scooped away a small mound of cream on two fingers and, shaking, touched it to herself. Barely touched it to the wet and shrieking place between her legs.

“More,” he said, never looking at the fingers that dipped the cream or the place where they spread it. He seemed to focus exclusively on her face. Seemed frustrated when he couldn’t see it.

Scooping another, larger, mound of white, Claire touched it to herself and marveled that the heat of her steaming body didn’t turn it instantly to milky, misty moisture not unlike the milky and misty stream that flowed within her.

“I want it all over you,” he whispered dreamily, at last lowering his gaze to watch her fingers massage slowly and carefully, spreading whipped cream around her opening and over it. “I want it on you. I want it in you.” 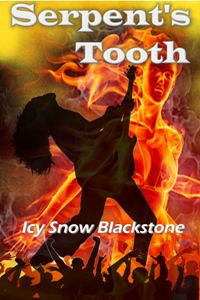