Vivacious Leslie knows how to use her sexuality—if only she knew when to use it, and with whom. Her boyfriend cheated on her, and most of the drunk men at the bar don’t seem trusting, that is until she meets the quietest man at Parker’s Place. Tom might be quiet, but he’s very observant, and what is it they always say about the quiet ones? Leslie’s about to find out… 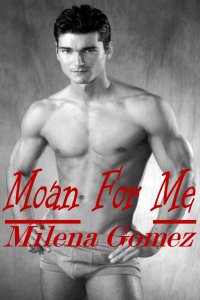 He grumbled in his half-sleep. “Mmmmm…Wake me up and you’ll get yours. I swear…” he murmured, eyes still closed.
Leslie stared at him. This guy had some nerve.
Irritated, she shoved his shoulder, hard. “Wake up!” she finally said, her voice rising to a near scream. She hardly ever screamed at anyone…maybe it was the remnants of her hangover.
The man jolted roughly awake. His eyes snapped open to reveal a tired face. Alarmed by her scream and ready to fight, he brought his fists to his chest. “What? What’s going on?” he asked, alarmed. “Leslie?”
Leslie blinked. T, the suspicious bartender, was the man laying next to her.
Blushing a deep shade of red, she jumped out of bed, covering up with every sheet she could grab. Leslie’s eyes lingered on the man in front of her. His muscular chest was very well built—ripples along his arms revealed his strength. His tan skin was smooth and even across his stomach. Her eyes lingered for a moment, then fell lower—
Her jaw fell open.