It’s 1969. Max has been home from Viet Nam for a year now and he takes another trip. Last year he went across the country to California and back, meeting fascinating women every place he stopped. This year he travels the Old South and meets even more women that are fascinating. You decide whether 1969 is better than 1968 was. 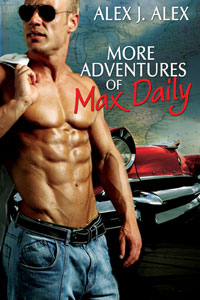 She held Max’s hand as she led him out and onto the ramp to the boardwalk. She led him across the deserted promenade and up towards the Steel Pier. They came to a little space between two booths on the inside and she stopped him. The booths were both closed up for the night. It was after four o’clock in the morning. She reached up to kiss him.

“This is my special place,” she said.

She squeezed between the booths and jumped off the edge of the boardwalk down to the sand beneath.

Max squeezed through too and dropped down beside her. She led him under the boardwalk towards the beach. He could hear the surf pounding as the tide came in. She had a small, dark green blanket on the sand, about ten feet back from the beach edge of the boardwalk.

“It’s just back far enough that nobody notices, but it’s close enough to the beach that I can see everything,” she said.

She dropped down on the blanket and looked up winsomely at Max. He dropped down beside her. In no time, they were embracing each other, sharing kisses and exploring each other under their clothing. Max pulled up her sweater and bra to find her hard succulent nipples. He sucked on them long and hard.

“Nobody will notice us this late,” she said.

They removed their clothes and tangled their limbs together. Mickey seemed to be surprised that Max was ready again, but she took advantage of it. They made long, slow, gentle love again and then once more, taking a little nap between each episode.

Max awoke to the sun shining down through the slats above him. As he looked up, a woman walked across his field of view and he stared up her dress.

Mickey was stirring too.

Catch Her When She Falls (MMF)
Missy Martine
In Shelf
$2.50
Tweets by
sirenbookstrand