When two residents in Ellen Lange’s nursing home are murdered, Special Investigator Bill Watts is called to the scene. With the murders linked to others, known as the Ponytail crimes, it’s only a matter of time before the killer strikes again.

Bill is a Southerner; Ellen was raised in the Midwest. While Bill takes to Ellen’s daughter, Patti, Ellen resists, claiming that she and her daughter are a team with no room for the once divorced Bill. Despite her efforts to remain aloof, Ellen finds herself falling in love with more than the South as the investigation progresses. 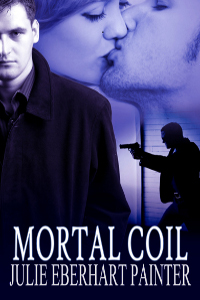 By noon, Ellen felt a little better. She took a shower and dressed in jeans and a sweatshirt. On her way to the kitchen, she heard whining coming from outside the front hall foyer. She walked toward the door and peeked out. “Sherman?” She unlocked the front door, and Sherman dashed inside, tail between his legs, crouching. He sat trembling at her feet.

As if he could tell me, Ellen thought, making her way into the kitchen. She opened the refrigerator.

“Oh, God; what’s that smell? She slammed the door shut and stood over the sink, hoping she wasn’t going to go into an attack of dry heaves. Gradually her stomach settled. She held her nose and approached the fridge. Searching each cubbyhole, she eventually found a half-opened package of Limburger cheese. When had Bill taken up cheese snacks? He was more of a potato chip man.

Leaving the door open, she walked the package to the disposal and scraped it down the drain, grinding and flushing it with ice cubes. Using the baking soda she stored under the sink, she shook a generous amount into the drain and ran the water to dispel the odor. Waves of revulsion washed over her. She leaned against the sink for support. With the odor still in her nostrils, she washed the paper in disinfectant soap and wrapped it in two plastic bags. After depositing the offending trash in the outside bin, she came back inside, locked the door, and put the open box of baking soda inside the fridge. She scrubbed her hands and dried them on paper towels. Most of the smell was gone from the kitchen though it lingered in her mind, ending any hope of her appetite returning.

The phone rang, but no one was on the line. Bill called a few minutes later to say he’d be home at 5:30. “How are you feeling?”

“Are you okay to drive?”

“Fine. When did you start eating Limburger?”

“Cheese--really stinky cheese. It was open in the fridge--smelling up the house.”

“Move! We’re on our way. Take the car--check inside it first, then get Patti out of school and bring her to the station.”

Ellen put the phone down on the cradle slowly and quietly. She was afraid to get her coat; she’d have to make do with the poncho in the car.

Patti was in her afternoon math class. Ellen motioned to her teacher, who opened the door. “What is it?”

“Family emergency. I need Patti to come with me.”

She looked annoyed at the interruption.

“I’ll bring Patti to the main office, security, you know.”

They ran from the school and got into the car. “What’s up? Did they find him?” Patti asked.

“Bill thinks he’s in the house.”