Rylan Seabury’s finding it difficult to make ends meet now he’s no longer the sparring partner to world heavyweight champion Shane Womack. When he finds the opportunity to make easy money as a male escort, the work is fun until he encounters the intense and possessive Beverly Hills attorney, Harley Stuart. Rylan is able to keep the man at arm’s length until Harley decides he wants to take Rylan to Hong Kong with him on a week-long lavish business trip. For Rylan, who’s a bit of a dreamer, it’s the chance to visit the city that inspired his hero, the late, great Martial Arts star, Bruce Lee.

Left to his own devices during the day, Rylan discovers a hidden Hong Kong most tourists don’t get to see. He’s attracted the attention of the very handsome but shy Tanjiro, the security guard of his lavish boutique hotel. Surprises are in store when Rylan starts to realize nobody else, but he can see Tanjiro. Is he real? Or is he really a ghost? Why are all the good guys dead? And why does a pecking bird hold all the answers to his questions? Rylan has plenty to deal with both in Hong Kong and back home. Shane is housesitting for him and flipping out. But Harley is getting crazy enough for both of them. Rylan soon finds himself unable to cope with Harley’s irrational anger and extreme jealousy. But there, waiting for him, just out of reach, is the man he’s now obsessed with, the haunting, hunted Tanjiro… 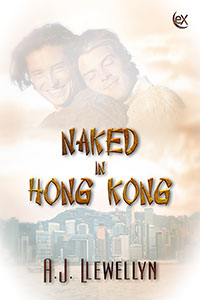 “Well, what did you decide?”

Rylan Seabury leaned back in the uncomfortable restaurant wicker chair and watched his best friend, Shane, shoveling fried zucchini flowers and mozzarella sticks into his mouth. The tangy scent of marinara sauce flew past Rylan’s nose and hit his stomach, making it growl. His severe diet had never seemed so cruel.

He watched with envy as Shane chewed with the speed of a prisoner on death row trying to make the most of his last meal.

“Sex diet, huh?” Shane was a perceptive man, for a pugilist.

“We shouldn’t have come here on a Monday, Ry.”

The waitress plonked a basket of crisp-looking, golden French fries on the table and kept moving. Rylan started to sweat. He had read an interview somewhere with the actor John Stamos who said he would eat ten fries and pass the rest to his friends. Ten fries apparently did not make you put on weight.

Rylan struggled with his willpower. Amazingly, his hands remained in his lap. He and Shane always came to T.G.I. Friday’s on Mondays. This particular location in Culver City had a two-for-one Monday special that kept the place hopping. One of Shane’s many cell phones chirped.

The boxer-turned-trainer stopped shoveling food into his mouth like it was a coal-burning furnace and studied each of his cell phones. Shane was an unusual guy. He’d been world heavyweight champion for three weeks, losing his title via a strange lawsuit rather than the honest way; in the ring. To some people, Shane Womack was still the world champion. To Rylan, he was the lucky son-of-a-bitch who got to eat fried food.

Championship-level boxers were usually an astute bunch. They learned to read people for a living. Shane wasn’t a brilliant boxer, but he was a great fighter. He picked up nuances most other people missed.

“My suitcase is in the car,” Rylan admitted. “The flight leaves in three hours.”

Now that he had his passport, e-ticket details, and a wad of cash deposited in his bank account, he was excited. Up until that very morning he’d been undecided. The phone calls, texts, and emails from his client, Harley Stuart, had been a constant aggravation. Now that they’d agreed to terms, Harley left him alone.

Rylan’s need for cash, a harsh talking-to from his accountant, plus his own romantic nature had swung the vote in favor of going to Hong Kong. In a little over twenty hours, it would be a reality.

Shane had skin the color of licorice, the body of the Pillsbury Doughboy, the brain of a Mensa graduate, and the personality of a skittish bear cub. He understood people but didn’t trust them or particularly like them. This in itself was interesting, since he had five children by four different women and raised all of the kids by himself.

He was now also a confused New Christian. Converted by a TV evangelist who once came to one of his fights, Shane might have been a sucker for Jesus but didn’t suffer human fools gladly unless they happened to be female, beautiful, insane and lying naked in his bed.

Still in torment because he’d believed in the rapture, he’d been so convinced the world would end May 21, he’d given away all his worldly possessions and planned on zooming off to Heaven.

When he woke up the day after, alive in his bed, three of his children snuggled beside him, he’d called Rylan in tears. He’d believed he’d woken up in hell. Now he realized the rapture was fake and he had to think about the future again. His financial life in ruins, his post-fight weight gain so enormous he couldn’t even think about a return to professional boxing, he’d focused on financial advice. Amazingly, he was damned good at it.

He’d advised Rylan to go to Hong Kong. Rylan needed the money. End of story. Shane was his best friend, but sometimes Rylan got sick of the way Shane bottom-lined anything that didn’t directly affect him.

Shane’s newest baby mama was in the slammer for trafficking drugs. He’d been the one to report her and he’d gladly taken custody of eight-month-old Shannon, now asleep in her baby carriage beside him. All his babies were girls, and all had names starting with Sh.

“I need to talk to you about this.” Rylan still felt nervous about the trip.

Shane held up a finger as he muttered into his cell phone. “It’s Sugar’s probation officer.” He even managed to find one woman after another whose names began with the Sh sound.

Shane continued the call as a couple of his other phones rang. Checking readouts, he ignored them all, his pudgy fingers keeping up a prodigious input into his waiting mouth.

It was astonishing they were sitting so close, yet the man was able to mumble so incoherently that Rylan couldn’t understand a word he said. Not for the first time, Rylan marveled at their differences. Both of them were in their mid-twenties, but Rylan was as fair as Shane was dark. Shane ended the call quickly, dipping his beefy fingers into the bread basket that had just arrived, as if by osmosis.

The restaurant was crazy, dishes flying around the tables, but Rylan noticed the waitresses tried to avoid theirs. They’d do a table dump and run for their lives. They’d all fallen prey to Shane’s peculiar charms. He sounded like the smartest, savviest guy in the world until he touched on Jesus. And his baby mamas. Then he sounded like a…sorry, goddamned crackpot.

“So, you came to your senses.” 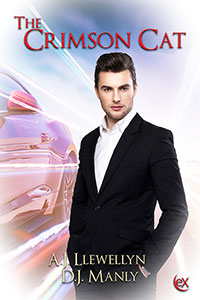 Like Smoke
Catherine Lievens
In Shelf
$4.99
Tweets by
sirenbookstrand