In a world where vampires, werewolves, and zombies haunt the night, no one is more revered than a mistress-level witch. Traia is just such a woman, but suddenly she's not the hunter. Instead she's hunted by a werewolf who inexplicably passes through her wards and shields, a man who nullifies her magick. If he finds her, he'll rip her throat out...or will he? Though her resistance to his advances enflames him, it seems he's more lover than fighter.

If she was any other witch, Galen would be running the other way...fast. But Traia is his mate. The Goddess has made Traia's magick useless against him and him as safe as a puppy with her. She can't use her magick, but Traia can use mortal weapons. Unless Galen can bind her to him by the end of the night, he may end up fur cuffs on her ceremonial robes.

How a pointed-eared, shape-shifting mutt had tricked her in the first place was a mystery. His getting a hook in her soul was unbelievable. Traia was hardly a dabbler or even a journeywoman. Far from it.

She was Mistress Traia, strong in the natural magicks and learned in spells of protection and healing. People traveled days to barter for her aid. Those who were in great need paid modestly for what they sought. Those who asked for the frivolous or foolish paid more than they could afford as a lesson.

If she failed tonight, those days were over. All she had to do was keep the stinking werewolf away from her...or kill him.

For some reason she couldn't name, the thought of killing him sent a completely unwarranted pain through her. It wasn't right to feel this way. If he reached her again, her wards were useless.

"He'll rip my throat out." Traia pressed a hand to it, abruptly nauseated. Losing her livelihood would be bad enough. Losing her life was decidedly worse.

And what werewolf wouldn't kill a witch who knew what he was? None that she'd heard of.

Galen watched the cottage from the tree line, his palms sweating at what he was about to attempt. Of all the women to set off his mating instincts, the usually fair and kind Goddess had cursed him with a witch.

What did I do to deserve this one? He tried to live a good life, despite his cursed birth. Galen wasn't a nomad like most of his kind. He didn't kill farmers' stock and deprive the innocent of their livelihood. But he'd obviously gone wrong somehow.

His shoulder ached in a stark reminder that Traia would doubtless try to kill him again, given the chance to. It had taken several weeks to heal the wound that would have killed any human man.

Had he been any slower, or Traia's aim been true, Galen wouldn't have needed the reminder. Instead, he would be the occupant of a shallow grave, laden with monkshood and witches' potions to guarantee his descent into hell. Still, he couldn't help wondering if Traia's aim was so bad or if her heart hadn't been in the attack.

There was only one way to solve this. He would have to go to her. Either the night would end with Traia as his mate, or Galen would be dead by her hand. With his instincts raging, Galen couldn't walk away. Nor could he harm her.

He could, however, seduce her again, if she gave him the chance to do so. Just the thought of it had him hard in anticipation. It was a certain wager that Traia wouldn't submit without a fight, and a buck in the mating cycle loved nothing more than a challenge.

The tickle of the near-full moon on his neck reminded Galen that it was time to claim his mate. "Or die trying," he reminded himself. That was a disheartening thought, but it was accurate. There was a good reason bucks avoided the chance of scenting a mate.

Galen ambled to the border of her circle of power, shivering at the tingle of her wards and shields against his skin. They were stronger now, but by the decree of the Goddess Herself, they could not keep him from what was his own.

Traia's scent had drawn him in, but the invitation of her protective spells had confirmed what she was to him. Only someone who meant Traia no harm would be welcomed in, and his mate was the only person in the world Galen wasn't in danger of harming.

Smiling at the irony of the situation, he stepped across the line of power. He couldn't harm Traia--didn't want to harm her--but she was about to do her best to kill him. Though her magick was useless against him, her blade wasn't.

"Yet." A smile twisted his lips at the thought of the truth she would have to face, then disappeared at his mind's rebuke. She would only have to face it if he succeeded.

Caution firmly in mind, Galen took the final steps and knocked smartly on her door. He bit back a laugh at her muttered curses. 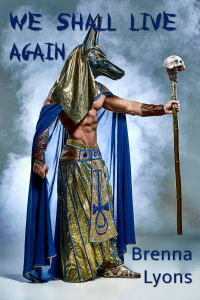 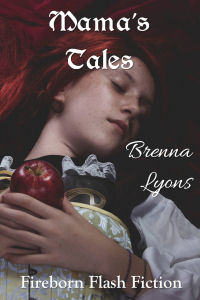