“There were just a few little problems with tall, dark and sinfully-godlike. For one thing, he was bleeding all over himself.”

Between Anna’s death and Jayde’s discovery, Haus Jäger was a place of secrets. Who is Laura Briony? Why is she prized? How was Colin forced to choose his mate, and who is Jannelle Evans? How does Stephen eat his words? Did they ever have hope of finding Erin?

Three brothers who have no intention of mating and three women who find themselves targets of Veriel’s inner circle are about to embark on the greatest challenge of their lives. Headstrong women are the bane of the Hunter men. Headstrong women who might help him claim Erin are targets for Veriel. The Mad Deceiver will stop at nothing to find Erin.

Stephanie is trouble, a lord’s daughter who can never admit who and what she is. Her father’s life depends on secrecy, but that is easier said than done. 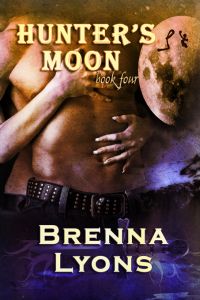 “You smell wonderful,” Antoñio Polero informed her in his heavily-accented English.

Gabby Farris giggled as Antoñio nuzzled her neck. The tall, blond European was incredibly playful. She sighed as his lips caressed the skin of her neck, beyond warm to scorching and insistent. He pulled back for a moment.

Antoñio wasn’t her usual type, and Gabby still wasn’t convinced that this date would last past a goodbye kiss at her car. In fact, she was fairly certain that it would end there. Playful or not, Antoñio’s eyes lacked some essential warmth that she preferred in men.

Antoñio ran his tongue over her throat in a little circle and started to drop his face to her again. Her blood heated at the attention.

“Back off,” a strange voice ordered.

Gabby retreated in shock, her eyes opening wide in the darkness. She tried to turn to the sound of the voice, but stopped in confusion as a warm splash plastered her shirt to her body. Antoñio backed away with his hand over what appeared to be a deep knife wound at his throat. Gabby jerked a step back with a squawk as a giant of a man brushed past her.

Antoñio’s eyes widened in fear as a knife blade the length of a ruler flashed up in the moonlight. Gabby pulled her own knife from the sheath behind her back. It was a pitiful little piece of metal that her brother had given her years ago, the blade about the length of her palm, but Jeff believed a woman should never be unarmed.

Without thought of the size of his weapon, Gabby struck the stranger in the ribs, brushing past his heavy leather jacket. He recoiled, dragging her along in her surprise. Gabby gasped as he met her eyes. Fury burned there. For a moment, she was incapable of leaving that locked stare.

She forced her gaze to Antoñio, pleading for an explanation, anything that would help her find the ground beneath her feet. Her blood ran cold at the fangs clearly visible in Antoñio’s grimace, the red eyes glowing in the near-black night. She might have thought she was hallucinating were it not for the fact that one of the fangs was broken. That was too much detail to explain away.

What have I done?

Gabby squawked again as Antoñio disappeared into thin air. He didn’t run or hide. One second, he was there; the next, there was nothing as far as she could see. Gabby jumped back, feeling her knife slide free from the giant’s body.

Her rescuer screamed that time. It was less in pain than in pure frustration.

Her knife clattered to the ground, and the smell of the blood on her shirt struck her, making her retch. Gabby backpedaled, shaking while the man cleaned his knife on the grass and sheathed it. She wasn’t sure exactly what she just did, but it had been the wrong choice.

He turned to her, ran his hand over her throat slowly, and nodded. “I’m sorry for frightening you,” he told her in a gentle voice.

Gabby stared at the growing stain of his blood on his jeans. “Oh...God.” She dragged the denim scarf from her hair and tried to staunch the flow from the wound she’d caused. “What did I do?” She couldn’t keep the tears from falling.

His hand covered hers, the other patting her back in comfort. “It’s okay. You need to calm down and come with me.”

“Yes. We have to get you to a hospital. Right now.” She hadn’t realized how severe the bleeding was.

“I have a doctor waiting for me.” That sounded sincere.

He didn’t let her finish. “Do you have a car nearby?”

“Okay.” He reached down, retrieved her knife, wiped the blood on his jeans, and settled it into her sheath for her. Then he took her by the elbow and guided her back to the lot, while she tried to keep pressure on his wound. He walked quickly, as if he hardly noticed the fact that he was bleeding everywhere.

Gabby steered him toward her car with every intention of taking him to a hospital, but he shook his head.

“You have to go. Go home and wash your clothes immediately. Get a shower. If you don’t wash it off right away, it will burn your skin like harsh chemicals.”

He ran his fingertips over her tear-stained cheek and smiled at her, a carnal smile that made her heart flutter. “It’s okay,” he assured her. “This is what I do, Gabrielle.”

Gabby felt the air leave her lungs and fought to find the strength to answer. “How do you know my name?”

He shrugged with a sheepish grin and handed her wallet back. His dark eyes glittered in amusement and a black curl fell over his eyes in a boyish look. “How else was I supposed to find you later?” he asked.

She managed a weak smile. “Planning on getting even?” she joked.

He laughed softly. “With a strong, beautiful woman like you? Never. I just wanted to let you know that there was no permanent injury, at a later date.”

Gabby blushed, her eyes scanning down his body to the slight bulge in his jeans. “If you show up with news like that, I may be tempted to make you prove it. After all, a big, strong man like you—”

What am I doing? I was just attacked by some creature. I’m nursing my personal knight in shining armor, who I just stabbed, and all I can think about is getting him into bed.

The man rose to her challenge in more ways than one. “Promise me that, and I will be on your doorstep in one week to collect on it.” He checked his watch as if marking the time for that date.

Gabby licked her lips slowly. “Next week, I will be eagerly waiting for you. But, I warn you, I intend to make sure every inch of you is in full working order.”

“I wouldn’t stand for less.”

His perusal of her made her knees week. “So, do you want me to call you ‘he’ forever, or is there something else I should call you?”

“Until next week, Stephen.” She slid into the seat, and he held the door for her. A gentleman to the end.

Stephen closed the door behind her and motioned her away. He stood and watched her leave, not moving from the spot he occupied until she was almost out of view.

Gabby groaned, not at the offer she’d made him but at the fact that she’d stabbed him in the first place.

Stephen Hunter pressed his left hand to the stab wound in his ribs while he drove with his right. His black Firebird hummed under him, and he was glad that he went for an automatic. He’d bleed out if he had to shift. His mind was split: one part on ghosting so the beasts wouldn’t converge on him in his weakened state, one part on reaching the manor house, and one part assessing his wound.

The knife had been tiny compared to a sacred weapon, maybe four inches of blade but wickedly sharp, a woman’s blade. He laughed harshly that the damned beast Polero hadn’t laid a claw on him, but a woman had nailed him well. It was an impressive bleeder. He would have left the blade in place to minimize bleeding, but Gabrielle had been so startled when that baby-stealing beast dematerialized that she pulled it out before he could stop her. She shouldn’t have nailed him, but he’d been so intent on getting a deathblow on Polero, he had let his concentration on anything else falter. Worse, the time she’d cost him had allowed Polero to escape again.

Still, Stephen couldn’t blame Gabrielle for her reaction. He had unghosted and landed his bleeder on Polero as he saw the beast go for her throat, but she hadn’t seen his fangs. Gabrielle had believed the man was about to lay a playful kiss on her throat. It was a ploy the turned had learned from Veriel, courting a woman before using her.

Had she waited an instant longer to strike her blow, she might have realized that the blood covering her was the foul, black blood of a beast. She hadn’t, but Stephen was sure that she wished she had.

He replayed the shattered look in her pale blue eyes, the swollen, tear-stained cheeks. She was lovely and strong, and that heartbroken expression had convinced him to show her she had done no real harm.

His body remained in a fierce arousal at her offer. He wasn’t sure if he’d take the young woman up on it. Not that he’d complain about a night of sex with the spirited lass, but it smacked of deceit in getting her to bed. Was it honorable to accept an offer given under such duress? He’d have to consider that carefully.

Stephen pulled up to the gate at the manor house and reached his left hand out to the access panel. He had to reset the machine once when he hit a five instead of a two with his shaking, blood-slicked fingers. Bleary-eyed, he made it through the gate and into the underground garage.

He’d stumbled from the car and was halfway to the stairwell when Corwyn burst out. Stephen had only a moment to consider when he had let his ghosting slip before he lost his balance and landed in a heap on the concrete, cursing under his breath.

Corwyn flipped him to his back and pulled his jacket away to check his wound. His brother swore fluently, then ordered Colin to call Michael, one of their doctors. Stephen cried out as Corwyn applied pressure to the wound.

“It’s all right,” Corwyn assured him. “We’ve seen worse. Why didn’t you let us track you?”

“Had to protect her.”

Corwyn nodded in understanding, but his eyes burned in Blutjagd. “What beast did this to you?” he demanded.

Stephen barked in laughter, then grimaced as it jarred the wound. “No beast. A woman,” he panted out. He smiled at the memory of the petite blonde with the flashing blue eyes and the spray of freckles over her nose and cheeks.

“A woman?” Corwyn asked in disbelief.

Stephen’s smile spread. “What a woman,” he quipped as he slipped into the darkness. 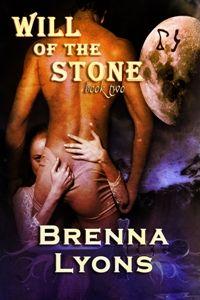 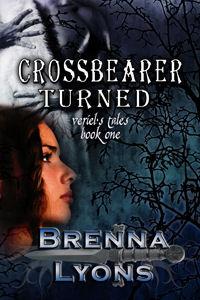