On a forced medical leave from his job with the CIA Sasha heads for Las Vegas for a little R and R. As a long time abductee Cath is thrilled to be speaking at the UFO Believers convention in Las Vegas.

They've been abducted together since they were children and the last thing either expects is to meet the other. When they wake up the next morning after their chance encounter they're married and the government is not pleased. They were never supposed to meet outside the Experiment, never supposed to know about each other or the hybrid children.

Now General Nathaniel is after them and he'll stop at nothing to protect his dream of a super army. Escape from Nathaniel and his forces isn't certain but Sasha and Cath won't give up the love they've found without a fight. 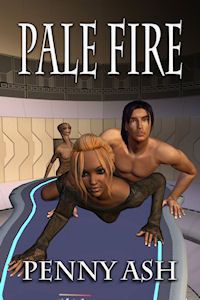 The rancher looked out at the field of shiny debris. He spat, unhappy with what he saw before him. Now he’d have to move his sheep to a different area. Damn Army and their weather balloons, don’t they know how stupid sheep are? Spooks the damn livestock every time one of the damn things crashes.

He gave a heavy sigh and whistled to the dogs. At his signal they began rounding up the sheep and heading off to the west range. Something made him pause and gaze at the glittering debris again. The rancher swore and spat again. The more he looked at the damn stuff, the stranger it appeared. He got down off his horse and collected a few pieces of the junk.

He examined a piece of the odd metal. It looked like tin foil, shiny on one side and dull on the other. The thin stuff crumpled with ease but when he opened his hand the metal flattened back out as if it had never been crushed. The hair on the back of his sunburned neck stood up. This was no Army weather balloon. He mounted his horse and headed for the ranch house. This would be worth an early trip into town.

Taking a Gamble on Three of a Kind (MFMM)
Kalissa Alexander
In Shelf
$5.50
Tweets by
sirenbookstrand