Claudia has never been able to take orders – in or out of the bedroom – so it’s hardly a surprise that she’s ended up running her own business. And one of her favourite perks of being the boss? Having her own personal assistant to cater to her every whim. Of course it helps that her PA, Patrick, is both well-endowed and a natural submissive, making him highly qualified for the position, or should that be positions ...?

It was putting temptation in her way, asking her to keep an eye on her 19-year-old neighbour, Joe – especially when he invites a group of equally hunky friends around for a party. What’s a woman supposed to do after all? She’s been thinking of taking a younger man for a while and now she’s got a chance to have not just one but two – and right on her doorstep! Would they do anything she wanted? There really was only one way to find out …

Ian and Carrie are looking forward to their camping holiday in the north of Scotland, as well as catching up on the games they’ve missed due to their busy work schedules over the previous months. But on their first night, their game takes a turn for the worse when the police get involved. Is spanking a crime?

Laura has always been a top, even before she knew what that was. Her friend, Frank, taught her about power and how to play with boys. He taught her pretty much everything she knows. An innocent breakfast conversation starts the wheels inexorably turning. Now, he’s going to teach her something else; he’s going to teach her how to be a bottom, whether she’s ready or not.

Prose doesn’t come around as much as Pater would like. She’s got things to do and places to be. But when she does return, she always brings something wonderful and dangerous. This time, she comes equipped with secret knowledge and a secret weapon that will make him kneel before her. It’s a reminder that Pater may rule the Underworld, but he will never, ever rule its Queen. 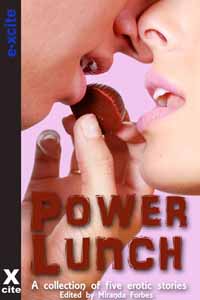 One of the perks of running your own business is having an assistant, a person whose job is to cater to your every whim. I’ve never been good at taking orders, in or out of the bedroom, so running my own business was a natural fit. So was naming it after myself; I, Claudia, LLC. Yes, I have a bit of an ego, but I like the fact that my name is adorned on all our products, my signature scrawl sported across the tubes of hundreds of thousands of lipsticks and mascaras, imprinted across shiny compacts, along with skincare products, shampoo, conditioner, you name it.

But the best thing about our continuing growth is having someone who’s on demand whenever I need him. In the early days, I had a part-time secretary, whose job also covered attending to the needs of the other executives and greeting people at our front door; I couldn’t afford someone full-time to cater to my whims, but once we started getting picked up by the likes of Sephora and major department stores, being known to hundreds of thousands of consumers and regularly featured in magazines, I was able to hire Patrick, who’s been with me now for four years.

Now, Patrick is my assistant, not my boyfriend, so I get all the perks of having the latter, one with a hot ass, eager tongue and huge cock, without any of the drama. I’m 32; he’s 24, with a baby face but a wise-beyond-his-years demeanour. He doesn’t get jealous when I go out with other people, doesn’t feel emasculated by my success, doesn’t ask pesky, annoying questions. I still date, and was even living with a guy until a few months ago, but that’s just not the same. Patrick likes me, and likes working for me, as well as working under me, whether that means me sitting on his face or grinding against him to give myself an orgasm or two.

Actually, he more than likes it; ‘Use me, please,’ he’ll say when I shove him up against my desk or into a chair or up against the wall. I haven’t had tons of time to date as I’ve climbed my own corporate ladder, but I have learnt a thing or two about submissive men, and can spot them in a crowded subway car or across a room at a cocktail party. They carry themselves in a way that’s just a touch different than your average I’ve-got-a-big-cock-and-want-to-show-it-to-you straight guy. I prefer the type of guy who wants to be told how small his cock is, no matter the reality, the kind who wants to be shrunken down to size rather than puffed up into an inflated version of himself. Thankfully, Patrick does, indeed, have a big cock – one of the biggest I’ve ever seen – but his manhood doesn’t depend on proving its length, but rather on me using it to my full satisfaction.

With Patrick, I can have long lunches, on-the-spot massages (foot and back, as well as more intimate ones) and generally get off on the high of telling him what to do. Now, I wouldn’t subject a man who wasn’t into that sort of thing to the kinds of things I ask of Patrick, because that just wouldn’t be fair. Instead, I found myself the cutest sub I could out of the applicant pool, and I pay him handsomely for his services. He’s earned raises and bonuses over the years, generally when his performance has gone above and beyond, like when, of his own accord, he stays with his head buried between my legs even after I’ve come, just because he wants to, because he loves my taste and wants to give me that extra climax that’ll make my day that just much better, or when he goes and buys me lingerie or cupcakes. Sometimes I add little bonus tasks, just because I can; maybe he’ll have to wear my lipstick while running his errands, going to the same shops and restaurants he regularly makes pickups for me, letting them wonder who exactly this hot man is with the deepest crimson on his lips.

I like to keep him on his toes, and enjoy every opportunity I can to make sure everyone who sees me knows not just how successful I am, but that I’ve parlayed that success into possessing a cutie-pie like Patrick. Possession isn’t just nine-tenths of the law; it’s the ultimate corporate status symbol. Just like you see men with white hair flaunting their extremely perky secretaries with their extremely perky, often enlarged breasts, as a way of saying “fuck you” to any other men venturing into his office, I use Patrick as a way to confirm my success. Just seeing him sitting behind his desk, his brown hair tucked behind his ears, smooth-shaven cheeks looking ready to pinch, is enough to get me out of bed even when I’d rather call in sick. There’s no one telling me I can’t, but somehow Patrick manages to make me feel better

Today I decided that I wanted a special lunch, from my favourite high-end place, the ultimate Manhattan see-and-be-seen restaurant. You usually can’t get a reservation on the same day, but I’ve instructed Patrick to do whatever he can to make the various hostesses of my favourite places happy, and he has done whatever it took to make sure that if I want a table, I get it. Maybe some bosses prize discretion, but I’ve enjoyed hearing about the after-hours blowjobs, spankings and beatings he’s given and taken to prove his devotion to the job. I also think these adventures have taught him well that to get ahead in the world, you have to be open, agreeable, ready for anything, and it can’t hurt to have a wide sexual appetite.

Usually I get my lunches delivered so I can close my door and work in peace, masterminding next season’s colours, overseeing our ads, posting on my blog about the latest make-up news, checking numbers and simply enjoying some downtime. I’m not a huge social eater, so when I told Patrick we were taking a long lunch, he knew something was up. Most of my staff are allowed to get away with casual clothing, but not Patrick. I like to see him in a dress shirt and slacks every day, his shoes shiny and perfect. He can afford to buy the designer brands I prefer, and he knows if he comes in wearing yesterday’s rumpled clothes or some old sweater and jeans, he’ll be sent home.

I get off on the power of knowing he’ll do what I say, no matter how bizarre, as evidenced by the time I told him to come in wearing a hot pink tie I’d had delivered to his apartment, along with matching pants. He did it, and no one dared say a word in front of me.

This time, though, I had a definite plan in mind. I wanted to push Patrick as far as I can, and the mere thought was making my pussy cream. To prep him, I took out my breast, positioning it strategically against my navy silk blazer, and took a photo, then emailed it to him. I run the company, so there’s nobody telling me what I can and can’t email. The subject line to him read, “Ready for lunch?” I know he loves to nurse on my tits, and I enjoy it just as much.

He knocked discreetly on my door, and when I let him in, I saw his massive dick pressing against the softness of his pants, and suddenly I was hungry for more than wild bear tortellini, but I couldn’t let my appetite for cock get in the way of today’s mission. ‘Get my coat,’ I barked dismissively, because that is how I speak to him, and he did, holding it so I can easily slide my arms, arms I spend hours toning with a trainer each week, into the sleeves. 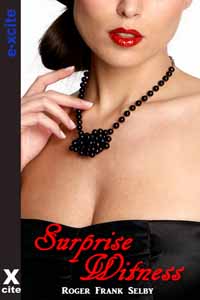