Meet Gavin, a hero in the making but not your usual hero. At the start of it all, Gavin was still a boy, and like most teenaged boys, he wasn't smart enough to turn away from a sure thing. Where did Sam/Gram go when she left Molly? How could Gavin ever turn his life around and become a force for good?

CONTENT ADVISORY: This is not intended to be a romance. It depicts the corruption of a young man who will one day attempt to straighten out his life and escape his fate. This story is geared to readers already familiar with the original serial.

Gavin glanced around, scowling. Of all the suck-ass parties he'd been to, this one took the cake. If leaving didn't mean going home, he'd already be down the path and out of the park.

What drew his gaze to the man ambling across the moonlit clearing was unclear. He wasn't someone Gavin knew, but only three-quarters of the attendees were.

Gavin studied him, savoring a mouthful of passably cool beer. Whoever he was, he was five or so years older than Gavin was. That wasn't unusual. Guys from the college often mingled with the high school crowd, looking to pick up barely-legal and almost-legal girls.

But this guy wasn't scoping out the girls, in particular. Thankfully, he wasn't checking out the guys either.

He stepped into the shadows...and disappeared.

Gavin lowered the beer can, blinking his eyes, confused. In the instant his eyes were closed, the man reappeared.

He didn't disappear. Gavin reasoned his way to a plausible explanation, his muddled mind fighting him all the way.

The man was dressed in black, and he had dark hair. It had been an optical illusion. What else could it have been?

Gavin tried to ignore the nagging voice insisting that no one else was disappearing and reappearing in the shadows, no matter what color they wore or what color their hair and skin. Dark hair and clothing was more popular than not. If one did it, others should be similarly affected.

I'm buzzed. My eyes are playing tricks on me.

The man in question panned his gaze along the tree line, stopped, and returned to Gavin. His footsteps slowed then speeded again.

Gavin averted his eyes, feigning interest in a necking couple to his left, pretending he hadn't been staring. Still, he watched the guy's progress out of the corner of his eye. He kept coming. Gavin raised the beer can, swearing into it.

Unfortunately, that mouthful was the last one in the can. Gavin considered going for another, but Mr Mysterious was between him and the ice buckets.

"This place is dead."

Gavin offered the rise of one shoulder in a shrug. Maybe if he ignored the guy, he'd take the hint and bag ass.

His 'new buddy' wasn't that quick on the uptake. He pulled out a cigarette and lit it, taking a long drag on it.

Gavin didn't respond to that. The marks on his neck weren't a tattoo, but college boy didn't need to know that.

"Not when they're making cop talk." Gavin glared at him, daring him to deny it.

He expected the older man to get pissed off...or act like he was pissed off. Instead, the interloper started laughing, sending bellows of smoke into Gavin's face.

His move to wave it away ended abruptly, his grimace fading. He inhaled deeply, savoring something a hell of a lot more enticing than the local-grown weed he'd been out of for the last month.

"The cops don't smoke this stuff, even for a bust," his companion confided. 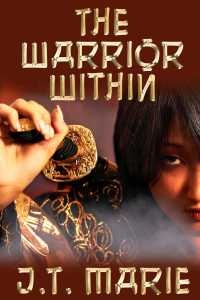 The Punishment of Pheobus Apollo
Brenna Lyons
In Shelf
$0.00