Real Change and Other Short Stories

Teddy and Richard met on the Internet and quickly fell in love. But Richard's gentle nature has a layer of steel lying just beneath... if Teddy pushes him too far. Will she change her sassy ways? Anna Stevenson, in "What a Woman Really Wants," knows exactly what she wants, but is she brave enough to go for it? Read these romantic spanking stories and more, in Real Change and other Short Stories! 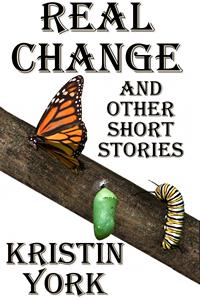 Real Change and Other Short Stories

They met over the internet, she a thirty-one year old reporter for the local paper, he a divorced architect fourteen years her senior. She'd always been tough and competent, but craved a release from the constant weight of responsibility. He was genuine, unpretentious--a gentleman who believed in providing the kind of guidance and attention she needed. When they realized that there were only sixty-five miles between them, they decided to meet.

"Richard, and it's good to meet you, too." He was the tallest man she'd ever met, well over six feet of muscle and sinew. Her hand disappeared when he clasped it. "But you don't look like a Dora."

She blushed, her face nearly as red as her chin length curls. "My full name's Theadora, after my great-grandmother." Her nose wrinkled in distaste. "Dora's the best thing I could come up with, given the circumstances."

He laughed, the sound warming her even more than it had over the telephone. "Isn't Teddy a nickname for the male version, Theodore?"

Her cheeks flamed even hotter. "I'd like that," she murmured, pleased with the thought. It would be something special, something just between them.

"Then, Teddy it is." He glanced at the menu board. "So, what do you want? Something fancy, I bet. Something with double shots and half milk and very little real coffee."

"Actually, I'd prefer simple." It felt good to know she'd surprised him. "Just coffee, with a couple of creamers and some of the pink sweetener."

He smiled approval. "A sensible brat, eh? Who'd a thunk it?"

He uncoiled from his chair and she watched him walk toward the counter with undisguised admiration. He might not want a relationship, might insist he was too old for her, but she knew better. He was perfect ... from the salt-and-pepper of his hair and beard to the massive hands that she knew would one day turn her bottom red. She would respect his wishes, of course--had no intention of attempting to seduce him. She glanced down at the hands in her lap, at the way her great-grandmother's pearl ring squeezed her too-chubby fingers, and knew just how ridiculous that thought was. It didn't change the fact, though, that he was absolutely perfect. No matter what else happened, she would treasure this meeting, this chance to get to know him. Hopefully, there would be more chances to follow.

They hit it off well, from that very first coffee break. Very soon, they'd established a routine. He had supper at her house every Saturday of the month, save one. They ate, then discussed her behavior over the previous seven days. If she'd been naughty--she liked that he never called her "bad"--or disobeyed the rules they'd set up together, she received a punishment spanking. If she'd been good, he took her to see the movie of her choice--chick flicks included.

On the last weekend of every month, she drove to his cabin in the mountains, the one he'd designed and built with his own two hands. Any disobedience or defiance from the week before, or any issues too serious to be addressed with a single Saturday night spanking, were dealt with between her Friday night arrival and Sunday afternoon departure. If she'd been exceptionally good, however--had avoided a punishment all month--he rewarded her with what he called a "good girl" spanking. She tried very hard to earn good girl spankings, for she loved to be held over his knee, spanked just to the point of arousal and then caressed and brought to orgasm by his talented fingers. It was the closest thing to sex that he allowed, giving her pleasure while taking none for himself. Afterwards, he would praise her, cuddle her, tell her how much it pleased him to watch her come undone in his arms--and then tuck her into bed and turn out the light. He never once joined her, but always slept in his own room. "You're young," he reminded her. "You deserve to be with someone your own age. Sex would just complicate things, make it harder for you to find the right man."

"You are the right man," she longed to say. After nearly a year together, she knew better than to give voice to that thought. She cared for him too deeply to risk making him uncomfortable or scaring him away. With Richard, she would take whatever he was willing and able to give, and pray that it would last. She wasn't sure she could survive if he walked out of her life.

That was what had made this particular weekend so frightening. She'd done something so stupid, so needlessly defiant, that she feared he would find this failure too big to forgive. For weeks she'd lived in terror, imagining what her life would be like without him. He made her feel safe, cherished--feelings she'd never known, not even as a child. If he went away, she'd be alone again. Every time she tried to picture a future without Richard, she ended up sobbing.

The late winter sky was gray and overcast; the rain that fell on her windshield a mirror of the tears that wet her cheeks. She took the curves up the mountain road slowly, careful not to damage the rental car she was driving. Her car was totaled--the letter detailing the insurance company's decision had arrived yesterday. Buying a new car with the amount they'd paid her wasn't going to be easy. It would tax her budget, just when her goal of buying a house was almost within reach. This, too, was a consequence of her disobedience. She should have listened to Richard. If she had, none of this would be happening. 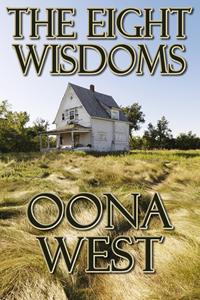 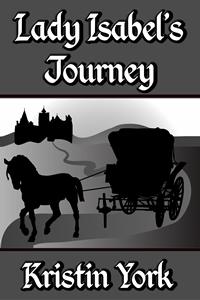