Kinze and Taylor have had an arrangement for the last three years. They were both single, but kept each other in mind for holidays, parties and other functions whenever the mood struck.

Even though their current understanding was Kinze’s idea, she wanted to be more. She had fallen for him long ago and was making it her mission to make him hers exclusively. 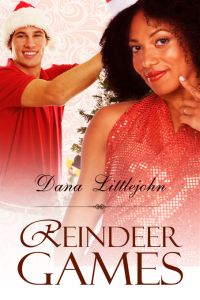 Taylor Sinclair was the most beautiful man she had ever seen. Everything about him appealed to her. He was the perfect height. When he held her she could rest her head in the crook of his neck. His body was tight without being bulky. The Dudley Do Right cleft in his chin was so cute. His sandy brown hair was cut short around the sides and back, but hung low on his brow doing that Superman curl thing she found so damn sexy. His green eyes sparkled beautifully when he looked at her, especially when he smiled. The emotion in those emerald pools warmed her blood when they were filled with lust and passion, and spoke to her heart the way he looked at her before a kiss. Along with his physical beauty he was book smart, street smart and a genuinely nice guy. She had to make him hers.

“Get a room!” someone said.

They broke the kiss and turned to the voice.

“Are you guys coming to the party or what? It’s in the conference room, you know.”

“Yes, Natasha, we’ll be there. Aren’t you going to change out of your elf costume?” Kinze asked.

“Nah,” she answered with a wave. “When I change I want to be home so I can get into my warm fuzzy pajamas and drink me a hot toddy! I’ll see you guys up there.” She waved at them again and left the room.

“Okay.” Kinze turned back to Taylor.

“Do you really want to go to that party?” Taylor inquired with a small frown.

“Not really. I kinda have a better idea.”

“Mmm, I’ve seen that look in your eye before, Kinney,” Taylor said, tilting his head. “I know what you’re thinking...and I like it.”

Kinze laughed. “You think you know me so well.”

“Oh yes, I know you much better than you think I do.”

“Yeah, like now you’re thinking about how much you want to snatch my clothes off and ride me right on this table.”

Kinze laughed harder. “Is that right?”

She looked around conspiratorially, then gripped the front of his velvety red pants. “You’re right.”

Taylor’s groan vibrated through her, as he slid one hand up under her short green skirt to cup one of her butt cheeks. “I knew I was right. I like being right.”

Kinze pressed against his hardening bulge and leaned forward to kiss his neck. “So about that ride...”

“Ooooo, that feels good. You know you have a free pass to ride any time you’re ready, baby.”

“I’m ready now,” she whispered, giving his throat a lick.

Kinze let him lead her to a nearby storeroom. They had snuck in for a quickie a time or two before. She followed him to an out-of-the-way corner where he pulled her into his arms, kissing along her neck and exposed shoulders.

“I’ve missed you, Kinney. Seeing you every day and not being able to have you was like some crazy mix of pleasure and torture.”

“I know. Our schedules just haven’t been meshing lately.”

“I hated only being able to see you for a few hours a day these last few weeks. This gig was the hardest job I ever had to do. I can’t tell you how tough it was not to get a hard-on watching you prance around in this damn costume.”

“It will get better after the holidays. Everything will go back to normal.”

“Yes it will,” he whispered.

A throaty moan rose from her as Taylor intensified his kisses and gripped her breasts.

“Kinney, you have no idea what this outfit does for your body. It shows off your sexy shoulders and clings to your lovely curves. This damn shirt was made to only come down far enough to sit on this tight-ass booty of yours.” He emphasized his words by grabbing her butt and squeezing. “I don’t know whether to hug the designer or strangle them,” he added with a chuckle. “I do know that the men only brought their kids to see Santa just so they could get a look at my little reindeer helper. It drove me nuts watching them ogle you like fiends, but I couldn’t be mad at them because I did the same thing.”

“No one is paying attention to me like that.”

Taylor snatched down her shirt and exposed the strapless black bra that encased her full breasts. He pushed the cup out of the way to lift one.

My love? Could it be? No. Don’t read into it, Kinze. They’re just words spoken in the heat of the moment.

Kinze’s mind cleared as he sucked the tip of her breast into his mouth with a muffled moan, her hands instantly going to his head. She ran her fingers along his scalp mussing his hair more than the wig had. The scruffy white beard he still wore tickled her skin when his tongue swirled around her responsive dark bud before his teeth pulled it gently. He licked and nibbled on one then gave its twin the same treatment turning them both into sensitive little peaks.

Excitement shot from her nipples straight to her core. She closed her eyes to fully enjoy the sensations. Moisture filled her panties. She needed more and Taylor seemed to know it, too. His hand slid up the side of her leg and into her tights. His fingers slithered around to the front and slipped smoothly into her slick core. Her grip tightened around him.

“Oh, Taylor,” she moaned into his ear.

She loved when he talked dirty to her.

“I can smell how much you want me. It’s driving me insane.”

Her knees threatened to buckle under his administrations. He released her breast and pushed her against the wall. Taylor pinned her there kissing and sucking along her neckline. 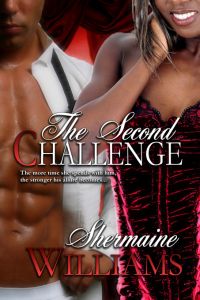 Cutie and the Cowboy Trucker (MF)
Mickie Sherwood
In Shelf
$3.50
Tweets by
sirenbookstrand