Amanda Barton never knew expected do the unthinkable by betraying her culture. After seeing her future and falling in love with one of the most dangerous vampires of this time, she does the unexplainable and plans to make sure her future is full of love.

Cage Vasser doesn’t like being out of control and the moment he lays eyes on Amanda he is no longer in control. He doesn’t want a permanent relationship but can’t seem to let go of Amanda and her powers.

In this struggle of sexual desire verses emotional need, both know that the magic between them is impossible to withstand. 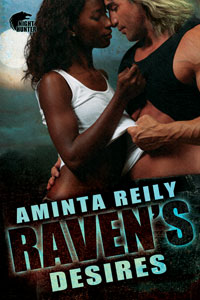 Cage Vasser’s fangs exploded in his mouth, pressed painfully against his bottom lip as yet another drunken human male tripped and brushed against him. Cage clenched his fist tightly. Long, sharp, deadly nails dug into the palms of his hands until he thought they would draw blood. A mental scream bubbled inside of him. His lips trembled as fury raced throughout his body, heating his very core, igniting a flame so hot inside his heart he thought at any second he would explode into a raging fire.

Cage let out a loud snarl when the human braced himself on his shoulder. The strong smell of alcohol oozed from his pores, assaulting Cage’s senses. Not able to take being touched any longer, Cage grabbed the collar of the human’s shirt and yanked him from the ground, hauling him up to face him. Cage opened his mouth, exposing his fangs, which he knew would have little effect on the drunken man. This human was so wasted that he tilted his head and squinted his eyes to look through the haze of intoxication and into Cage’s mouth. The man lifted his hand, but before his fingers touched Cage, he slapped the man’s hand away.

“Dude, what’s your problem?” The shorthaired man slurred his words.

“My problem is you, human. Watch where you are going and don’t touch me again, or next time I will snap you in two.”

Cage released his grip on the man’s shirt the second his feet touched the ground. Cage shoved the man hard. The guy stumbled across the dance floor and into another couple who were dancing together. The female yelled at the guy and her partner pushed the drunken man away from them. Cage waited and prayed for the man to come back and challenge him, but instead he stumbled to the other side of the room and as far away from him as possible.

Tonight, Cage knew his aggression was higher than usual. He had a deep ache inside him to sink his teeth into some female’s neck and drink until she was so weak she couldn’t move or fight him. Then he would use her body to recharge his powers if he deemed her worthy. Until he found that special woman, he had to use other females to take away a little of the ache. But when he did feed, the ache returned, stronger than before. It became harder to fight the urge to feed again and much harder to not kill them.

Cage did notice that he couldn’t feed off just any human. No, she had to be the right one with the right source of blood to sustain his growing needs. She had to have a power within her, psychic powers. He ran his tongue over his fangs at the thought of draining a psychic. Their blood sustained him more than any other.

Cage looked around the room, taking in all their scents, and not one stood out to him. Not one female called to him. No one had any powers here. This town was not only dull, but the women here were simply not worth his time.

He stepped to his right when a human walked backward toward him, obviously not paying attention to where he was going. This human’s attention was clearly on who he was trying to talk to on the other side of the room. Unmistakably, the loud music meant nothing to him. Cage could hear clearly by drowning out a lot of sounds, but he doubted this human had any capabilities to do it, or common knowledge to know that no one could actually hear him from across the room while the music was blasting through the speakers.

Cage had had enough of these drunken humans for one night. He snatched his glasses off and squinted until his eyes adjusted to the lighting of the club. He exerted the power he needed and reached out mind to mind, connecting to every human’s mind in the club.