Lindsey’s trip is boring until she comes upon a lone hitchhiker on a long stretch of highway. Passing him by at first, she checks her rearview mirror and she cannot resist turning around. The man is sexy and Lindsey has always been somewhat of a thrill seeker. She admits to the man that she is too tired to drive any longer and offers to share a room at a local hotel for the night. The man known only as Storm is shocked by the young woman’s offer, but he cannot resist. No woman has ever been able to take him completely, and he is determined to give the young woman what she obviously desperately needs. Storm knows when a woman needs a man and he plans to take this young woman to places he feels certain that she has never been.

It was either a mirage or she had actually noticed a man walking along the side of the road. Lindsey blinked her eyes once. He was real. The man was by himself and he appeared to be hitchhiking. He is nuts! When did hitchhiking come back? She drove on for a little while, but she couldn’t help but check her rearview mirror often. Then she slowed down. The man was sexy with his shirt unbuttoned, a line of dark hair down the middle of his chest. It was hot tonight and Lindsey could see the sweat glistening on the man. She felt somewhat sorry for him being out here like he was, so she turned around and went back to offer the man a ride. Lindsey knew she shouldn’t pick him up. She had been cautioned her entire life never to pick up hitchhikers. But Lindsey had always wanted to do what she had been cautioned against doing. Besides, she was bored, and there was something erotic about the man. Maybe it was the possibility of danger, or perhaps she had been without a man for too long. Anyway, this man looked different from the hitchhikers that Lindsey had seen so far in her young life. He was too well dressed in his tight painted on jeans with no tears in them anywhere that she could see. He looked too good to pass up.

Just as Lindsey was getting out of the shower, Storm called to her, “Hey, little lady, come on in here wet.” 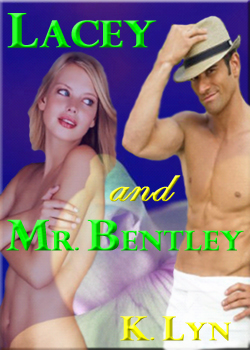 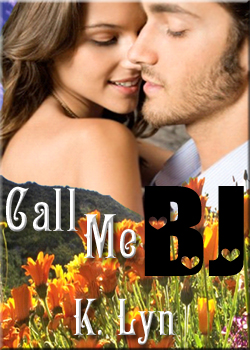 Call Me BJ
K. Lyn
In Shelf
$0.99
Tweets by
sirenbookstrand