With the house dark, Scott thinks that no one is home and he invites his lover inside. The two of them look around in the dark and after assuring each other that the house is empty tonight, they begin to do what they have come here to do. The secret lovers did not look everywhere, however. The huge house has several hiding places, and the two lovers are definitely not alone. Someone is watching them.

Scott’s little brother stopped just short of being seen or at least being heard. He had planned to stay just long enough to raid the refrigerator when he heard his brother’s voice and that of another man. The younger brother had never heard his brother talk so softly or so sweetly to anyone as he was now speaking to his friend he had invited to the house. He was usually yelling, at him. Scott’s little brother had been on his way out but had stopped midway down the hall and slipped quietly into the hall closet, leaving the door open just enough to hear what his brother and friend were saying to each other. Why were they here, anyway? Scott lived on campus and he assumed that the friend with him did as well. Then the younger brother heard the friend’s deep voice. “I know that voice,” he said to himself.

The two secret lovers had not heard or seen a thing. They were focused solely on each other and were kissing each other like lovers. “Damn, I don’t even kiss my girlfriend like that,” Mikey said to himself, as he continued to watch this unbelievable scene. 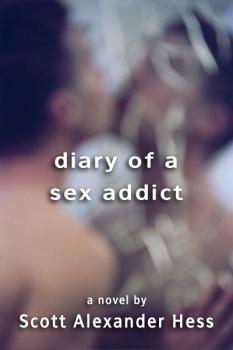