Stand By Your Man

When A Man loves A Man 1

Stand By Your Man by Michael Bracken

A private eye learns what it’s like to want someone so bad he doesn’t care about the consequences when he falls for his latest client, a wheat-blond graduate student recently dumped by the English professor with whom he was cohabitating.

Sometimes only dirty, filthy sex will do. After a long and dirty day, that’s what Jake wants from Kevin. And, he’s not going to stop until he gets it. Kevin is happy to comply, even if it means spending extra time finishing the laundry.

Ben’s band is the hot new thing on the line up for this summer’s national tour of festival shows. And with festival tours come tour flings: sweet little love affairs in bus bunk-beds and stolen backstage kisses. In Louis, Ben thinks he might have found his perfect tour fling – will a stolen afternoon at the beach prove him right?

Halfway up the Stairs by Josephine Myles

When Charlie wakes up alone and remembers arguing with his boyfriend the night before, it seems like nothing will resolve the situation. Josh wants them to move, but Charlie is too attached to the house. It’s not just all the work he’s put into it, though, it’s all the memories. One memory in particular, of standing hidden halfway up the stairs, watching and wanting...

A Brush with the Law by J Manx

When a friend asks Michael to assist with a presentation at a police training session he instinctively declines. After all, he’s never had any dealings with the police and his presentation skills leave a lot to be desired. However, his friend’s persistence pays off, which is fortunate for Michael as there is a rather attractive police sergeant in the audience. 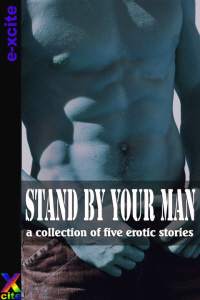 Stand By Your Man

When A Man loves A Man 1

More From When A Man loves A Man 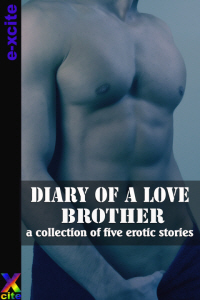 Diary of a Love Brother
Lucas Steele
In Shelf
$4.59

Stand By Your Man
Lucas Steele
In Shelf
$4.59 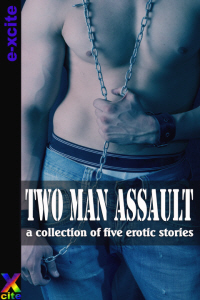 My client had been practicing Tai Chi before I interrupted him, and he wore only white gauze pants – loose, comfortable, and so diaphanous in the hot Texas sun that I knew he wore nothing beneath them. His smoothly shaved chest glistened with a perspiration sheen and his muscles flowed under his sun-bronzed skin with a fluid grace as he closed the distance between us.
Jeremy carried two tumblers half full of Jack rocks, placed one on the patio table before me, and settled into the chair opposite mine. Then he leaned forward. Piercing blue eyes captured my attention, just as they had the day we’d first met in my office downtown. He wore his wheat-blond hair long, parted in the centre, and tucked behind his ears. A lock of hair slipped from behind his left ear and curled around the corner of his mouth, like a close parenthesis to the sensual expression of his full lips.
‘He doesn’t love me any more,’ my client said. ‘I’m not sure he ever did.’
I sipped from my tumbler, the Jack burning its way down the back of my throat. ‘Do you love him?’
Jeremy looked away, his gaze taking in the neatly manicured lawn, the blooming bluebonnets growing along the back fence, and the new Lexus parked in the rear drive. He returned his attention to me, wet his lips with the tip of his tongue, and said, ‘I love this.’
I felt my body react to my client’s presence, the crotch of my pants growing uncomfortably tight, sweat beading on my upper lip, and my pulse quickening. I took another sip from the tumbler. The ice had nearly melted and the Jack felt warm in my throat, warmer still when it reached the pit of my stomach. I hadn’t eaten since the previous night, and then only a bean burrito I had left over from the day before.
My client watched my face and waited.