Linnea King has it all. Fabulous social life, adorable children, and her successful husband's income… until he serves her with divorce papers. Her perfect life crumbles in a storm of police reports, cranky bus drivers, and burned dinners. The single life feels as foreign as a trendy haircut. Just when Linnea fears she’ll lose everything, her new neighbor steps in to help. Not that she’s judging by appearances, but TJ Gates looks like trouble with a capital T. Tattoos, motorcycle, and sexy southern manners, TJ is the last person Linnea expects to be her hero. A demolitions expert who takes prizefighting gigs to pay the bills, TJ has pretty much screwed up everything that matters, and rebuilding his life after a violent past is harder than it looks. He thinks the polished, expensive-looking Linnea King needs the same thing he wants: a second chance. 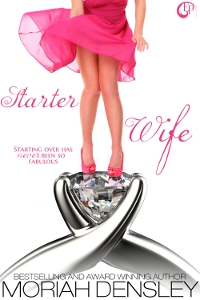 Chapter One
Wednesday: Call it a cosmic mulligan; the worst moments in life have always seemed short to me. Then why do those few seconds stretch into interminable time warps?

Chapter Two
Thursday: This early May heat wave killed most of my strawberries. I was clearing out the withered vines, hating my garden, Las Vegas, and even the sun, when I noticed one tiny pink berry surviving, with green leaves and stubborn roots. If that sad little strawberry can hang on, I guess I can do it too. 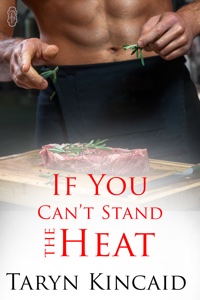 If You Can't Stand the Heat
Taryn Kincaid
In Shelf
$2.99