Colton Johnson has successfully buried the crazy attraction he feels for his younger stepbrother for so long, he can pretend he’s not attracted to Asher at all. Graduating and dealing with the daily chore that is his bipolar disorder are the only two things on his mind. Then Colton makes the impulsive decision to accept his stepmother’s invitation to visit. What Colton doesn’t know is that Asher has been making plans.

With boundless enthusiasm, good looks, and endless amounts of persistence Asher Miller usually gets what he wants. The one plan that hasn’t worked out for him is falling in love. He never thought his off limits, damaged, hot-as-sin stepbrother would be the one to catch his heart. For years Asher has squashed down his forbidden desire but now he’s eighteen, he’s following Colton’s footsteps to college…and all bets are off. It’s time to take the steps that will seduce Colton into love. 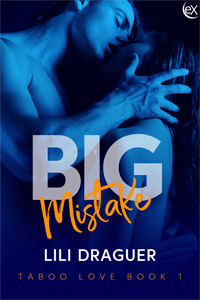 The fat, fluffy pillow came out of nowhere, hitting Colton in the side of the head and sending him sprawling sideways.

He was up again in half a second, arms raised and ready to fight. Eyes narrowed, leaning forward, he grabbed the pillow off the floor and held it cocked, ready to retaliate. I just wanted to watch my show! In peace. Colton scanned the room, ready to launch.

The only other person there was Asher, who was sitting in the tatty old brown chair across the room. The chair which used to have a large, decorative pillow on it. A blanket of warm yellow light draped Asher from a standing lamp. Otherwise, the living room was in evening shadow.

“Asher,” Colton said sternly. The pillow was still raised, in case he decided to throw it.

Asher looked over, all wide-eyed innocence, but the tight press of his lips together to hide a smile gave it away.

“What the hell, Ash? I’m watching my show. What was that for?” Colton sagged back into the couch and let the pillow flop to the floor. No point in hitting Asher with it, not when he knew it was coming.

Asher shrugged. Colton flicked his eyes back towards the TV, quickly. Does every move he makes have to look so good? Can’t he be awkward just once? After ten freaking years I should be able to block him out but it’s so hard when he looks amazing just shrugging. Colton snuck another peek across the room.

Asher caught him looking, and there was a definite smile in those melting brown eyes. “Sorry. Just felt like it.” A tiny dimple next to his full lips appeared, making it so obvious he wasn’t sorry. “This show is boring. Let’s go do something. Get some pizza at Ralphio’s. You can buy me a beer.” Like always, Asher seemed poised to move, even sitting still in a chair. His fingers danced along the armrests, tapping out a rhythm with no beat, while his feet shifted along.

“And get hauled in to explain to the cops why I was supplying a minor? No.” Colton turned back to the TV. Again. He tilted his chin and crossed his legs.

Asher sighed and stood. Blue jeans hugged those lean hips and the dark gray cotton shirt clung to the muscles on his chest.

Maybe he’ll take off by himself. Go away, Asher, and take those perfect pecs with you. Characters were arguing in the show. Something intense was going on. Fifteen minutes ago he had known what the plot was about. He uncrossed his legs and thought about heading up to his room.

The guest room he was staying in was nothing like his teeny little apartment near the campus. Nothing was left in it to show it had been his all through middle and high school, not one poster, or even the random wires and bits left from his home-built computer projects. Now it looked like it had been lifted straight from a nice, clean, slightly out-of-date hotel.

The cushions next to him shifted and he caught a whiff of a spicy soap smell as Asher sat. He knew it was Asher’s shampoo because they had to take turns with the upstairs bathroom when he stayed here, and the whole hall burst with scented steam after one of his long showers. It wasn’t like he used the soap himself. Off-brand dandruff shampoo was Colton’s time-tested favorite. Not fancy musky stuff.

Asher slid across the couch, coming closer. Colton shifted away. Keeping at least six inches of space between them was an old, old habit by now.

Why did I want to visit this week? Pam and Dad have been divorced for a year now. I know better than to put myself near Asher. No one slipped through his guard faster than the boy he’d grown up with. He made Colton want things he shouldn’t even be thinking about.

The guest room upstairs contained no trace of his years living here. Why couldn’t he remove all of his feelings for Asher, and leave his heart empty, too?

Asher was still sitting next to him with his legs propped on top of the fat brown coffee table, tapping the toes of his shoes together. He leaned back on one arm and watched the TV, as relaxed as a comfy pillow, only a few inches away from Colton.

“It’s Friday night. Don’t you have a date? Friends? Something better to do?” Colton groused. “Go away and quit bugging me.” He folded his arms tighter. Hopefully it made his biceps bulge, making him look unapproachable.

Asher scooted even closer, sliding across the smooth faux leather of the couch. “Nope. No date.”

The whole right side of Colton’s body heated and tensed. His ears drank in the beautiful sound of that no before he could close them. He pressed his lips together, so they wouldn’t tilt up in relief.

“Nothing to do around here except annoy my big brother,” Asher said. A gentle dig in his side from Asher’s elbow drove the point home. Another waft of spicy cologne scent drifted to his nose.

Colton held his breath and sat up straighter. “I am not your brother. I’m not even your stepbrother anymore. The divorce was final like a year ago. I’m just the son of the guy your mom used to be married to. Okay?”

Colder air rushed in between them as the younger man moved away. Colton held his face still, but inside he was wincing. His voice had been too sharp just now, too edgy. If he looked over now, he’d see worry stamped across Asher’s usually happy expression. 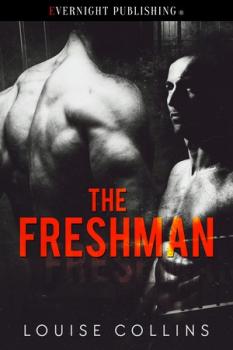