Intro: Since meeting the teen heartthrob one year ago, Mitch’s life has not been the same. He is certain that when the very famous Kevin Rowe had shaken his hand and looked into his eyes that there had been something unspoken between them, a connection of some sort. Every one of Mitch’s walls was adorned with posters of the international film star, and Mitch had collected anything and everything about Kevin Rowe. As a graduation gift this year, Mitch’s parents are taking him to France for the Cannes Film Festival where Kevin Rowe is making his big debut in the very first film where he is without a doubt the Super Star. When Mitch catches a glimpse of the very famous young man he idolizes, he cannot believe how much he has changed. Kevin Rowe is the most gorgeous man that Mitch has ever seen. Urged by his sister to get an autograph, Mitch feels like a star struck teen approaching his fantasy man and almost regrets coming here for the star’s biggest moment.

Kevin Rowe was an international film star and in the eyes of Mitch Sorz, an international superstar. Mitch had seen every one of Kevin’s movies, and had posters of him on every wall of his bedroom. Mitch had graduated from high school this year and as a surprise, his parents were taking him to the Cannes Film Festival to see his idol in his latest film debut.

“Come on, Mitch. We have less than an hour now to get to the airport,” Mitch’s mother, Mary Sorz, shouted up the stairs. Running down the stairs, Mitch ran ahead of his mom, and helped his dad load the suitcases into the car. “Can you believe that Kevin Rowe is my age, Dad? He’s a star. He’s been famous since he was a kid. He’s so lucky.” Mitch’s dad, Frank Sorz, smiled at his son. “I guess he is.” Mitch’s mom came hurrying out. “I called your sister. She’s meeting us at the airport.”

They got into the car and drove to the airport in the city they had called home since Mitch’s parents had married. Orlando, Florida, was the best place to grow up, according to Mitch. There was always plenty to do, with Disney World, Universal Studios, and Sea World all in one place. Mitch watched the traffic whiz by from the car window, and thought about the first time he had seen Kevin Rowe in person. It was just last year. Mitch was seventeen at the time, the same age as Kevin, and Kevin had just finished filming his first major motion picture, “Lucky Star”, and was signing autographs in the Magic Kingdom at Walt Disney World.

Mitch laid his head back on the car seat and closed his eyes. He had daydreamed many times about that first time he had seen Kevin Rowe in person. Kevin had signed the book about his life so far in the spotlight, and when Kevin had touched Mitch’s hand, Mitch had felt something between them. He couldn’t explain it, but it was there. Kevin had looked into his eyes, and it was if they knew something about each other at that very moment, that they shared something which no one else shared. Since that time, Mitch had seen every one of Kevin’s movies, and had collected anything and everything about Kevin Rowe.

“Mitch,” his mother shouted. “What?” “I’ve said your name three times now. We have to hurry.” Mitch looked around. “Oh, we’re here.” “Yes, dear, we’re here. Now, help your father while I look for your sister.”

Fortunately, the trip across the Atlantic didn’t seem to take as long as they thought it would, and before they knew it they were opening the door to their luxury suites in Cannes. “This is so great,” Mandy exclaimed. She and her mother were staying in one suite that was connected to another one that Mitch and his father were sharing. “They are beautiful, honey, and attached. They’re so big, honey,” she said to her husband.

Mandy pulled out her very tiny swimsuit and swung it around. “What do you think, Dad?” “It’s much too small,” her father answered. “It’s very nice, dear,” her mother said, but motioned for her to put it away. “Let’s go check things out,” Mandy said, eager to find her French man. “Go with her, Mitch.” “Oh, I see, I need a man to protect me, huh?” “Now, honey, that’s not what we meant,” her mother half lied. “Come on, kid,” Mandy said, leading the way, determined to exert her leadership.

The place was beautiful, and packed with movie stars and tourists. “Oh, look, Mitch. There’s Russell Crowe.” Mandy was definitely star struck. “Yeah, yeah.” “Oh, look, Mitch, I think that’s Kevin Rowe. Damn, he has really changed since last year.” Mandy dipped her sunglasses to get a good look. Mitch’s mouth fell open. Kevin was gorgeous. He sure has changed a lot more than I have since last year, Mitch thought, suddenly feeling much younger than his eighteen years. Mandy was right. There were girls all around Mitch’s dream guy, trying to get as close to him as they possibly could. “Wow, Mitch, look at the security that kid’s got.” “Hey, he’s my age. He’s not a kid.” “Whatever. Come on, Mitch, let’s get a closer look.”

Mitch walked behind Mandy, almost afraid to look at the man who had been the object of his desire since the first time he had looked into his eyes for that magical split second. The crowd had been thinned out some by the massive display of security surrounding the very famous Kevin Rowe, and Mandy and Mitch were able to get closer to him than they thought they would.

Mitch stopped his sister from going too far. “Mandy, wait,” he said. “What? Don’t you want to see him?” Mitch shrugged his shoulders. He didn’t take his eyes off of Kevin, though. He was definitely beautiful. “Hey, look, Mitch. I think he’s signing something.” Mandy walked ahead and Mitch walked behind her, slowly. Security had opened up a little, to allow Kevin to sign autographs. Still very guarded, Kevin shook Mandy’s hand and handed her a signed book about his new movie. Mitch walked up and shook Kevin’s hand. Kevin looked at him. 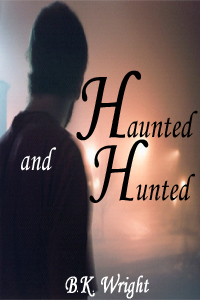 Hanging in the Balance
Christie Gordon
In Shelf
$4.99
Tweets by
sirenbookstrand