I think the best thing I can say about these stories is “may you enjoy reading them as much as I enjoyed them, when I wrote them.” 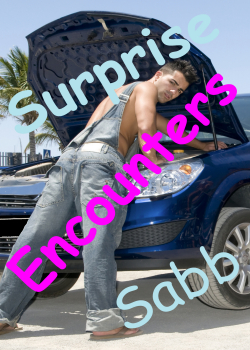 “Meet me in the pavilion,” Carlo whispered.

“Wait for me in the pavilion,” Carlo whispered again, turning my body away from him, but pulling me into his belly so I could feel his erection pressing up behind me. “See how much I am interested in ****ing you?” he added in that deep, husky, amused voice of his.

“Ugh,” I grunted, rubbing my butt against his rod, more than ready for the ****ing he said he was interested in. “Then why can’t I come into the house?” I asked grumpily.

I’d had a two-hour drive getting to the mountainside mansion he was apparently staying at, and now we were standing outside, behind a hedge that ran from the side of the house and along the parking area on the top end of the circular drive. Carlo had been waiting for me and had dragged me behind it as soon as I had arrived.

“No. No. The pavilion. I will meet you there, Andrew, as soon as I can,” he said persuasively, “Oh, caro mio. Caro mio,” he crooned, kissing the back of my neck as I melted and groaned. “You will go through the hedge into . . . onto the side garden, and there you will see the pavilion at the end of the lawn, by the pond. You cannot miss it. But there is a gate in the hedge that runs along that side, and you will have to find that to get through to the lawn,” he explained, all the time running his hands around my body, up under my windcheater, and feeling for and squeezing my nipples and pecs.

Then he ran a hand down and cupped my growing **** and tight ****s and briefly played with them, murmuring, “Caro mio, oh, you are so beautiful.”

“As soon as I can get away,” Carlo promised. He released me, I turned, and we fell into a brief kiss before he pushed me away. “You will wait for me in the pavilion—promise,” he added, sounding a bit worried.

“Of course,” I promised, reassuring him, “But don’t be long.”

Why we couldn’t **** right then, somewhere closer, I had no idea. But Carlo obviously knew what he wanted, and his dark Latin good looks, hard fitness model’s body, and long, thick **** had me under his spell. And that “caro mio” spoken in his husky voice, with its incredibly sexy accent, melted me completely.

He pushed me away, and I headed off in the direction he had pointed me toward. It took me some time to find the gate he had mentioned, and I was getting a bit cold and very fed up with whatever game he was playing by the time I passed through it and onto the lawn on the other side. My enthusiasm wasn’t helped by the weather. It had been still and cold, but just as I passed through the gate, snow began to fall.

“Great. Snow,” I grumbled and wondered what I was doing there.

But I knew, of course. Carlo, with his black, curly hair, big, dark bedroom eyes, and seductive voice, was irresistible. 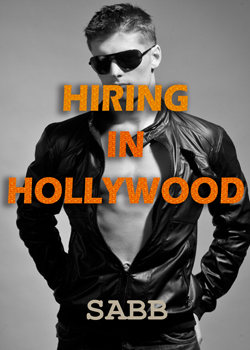 Hiring in Hollywood (MM)
Sabb
In Shelf
$2.99
Tweets by
sirenbookstrand