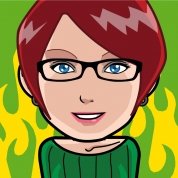 Susan Laine is a Finnish native by coincidence of birth, an anthropologist by education and curiosity, and an author by desire and chance..

Susan has had an abiding love for books, writing, and reading ever since her mother first read fairy tales to her as a child.

A fan of saunas, autumn, pop music, and action flicks, Susan believes love triumphs over all other considerations, which is why she writes about it.

Send an email to Susan Laine at [email protected] or visit her at http://www.susan-laine-author.fi.

Q: What kind of books do you write?

Q: Why do your male heroes seem to suffer from so much angst and are so unapproachable?

A: I have a tendency to write about guys who at first don’t seem particularly approachable. They may have attitude problems, or some such, but they are just as deserving of true love as the next man. Angst in a gay relationship is a whole dimension on its own, and I like exploring the idea. Tragedy has a way of working in congruence with love stories because you can’t really have full-time happiness as it’s just not realistic.

Q: What circumstances led you to become a writer?

A: I actually have written stuff in Finnish since I was a wee lass, mostly mystery, fantasy and sci-fi, but never romance–I don’t like writing sensual scenes in my native tongue–and I was never published. I only discovered gay romances in the spring of 2011. I read a couple of stories, found them thrilling, and thought I might give it a go. Inspired, I wrote Rivers of Wind in twelve days–the first draft, that is. For me, writing gay romance was fun, more fun than I’d had writing in ages, so I kept at it. I suppose it’s true that if you like what you do you’re good to go.

Q: Who are your favorite authors?

A: I have read a lot of books in my time. My favorite author is Robert van Gulik who writes murder mysteries in an ancient Chinese setting. There’s a lot of sex and violence, they’re pretty racy, but the historical expertise of the author just leaps at you. As for romance authors, I’m partial to Marie Sexton, Heidi Cullinan, Josh Lanyon, Tere Michaels, K.A. Mitchell, and Z.A. Maxfield–in no particular order. Not unsurprisingly, they all write M/M romances.

Q: Where do you get your ideas or what influences your writing?

A: Ideas and influences come from anywhere, really. Dreams, fantasies, observation, participation. Real life as much as popular culture, TV, movies, books, and other media. Anything that sparks your imagination in a way that begins a story in your head, like following breadcrumbs into the deep, dark forest–and getting eaten by the wolf is not necessarily a bad thing…

A: I’d like to think so. I mean I’d love to be able to say I write solely for my own pleasure but what writer really does that? No-one. Every writer creates a piece and hopes that someone will enjoy it. But really, any feedback is good. How else does one evolve as a writer if one only stays in one’s own head? Because in there, all you hear are rave reviews. So, feedback from readers is important for that alone.

Wolfe and His Bunny (MM)
In Bookshelf
In Cart

Rivers of Wind (MM)
In Bookshelf
In Cart