Virginia Whorten is alone. In a desperate bid for freedom, she escapes her opulent gilded cage. Afraid to stop moving, she runs in fear that her powerful, brutal husband will find her.

Clay Dirksen, a successful landowner and farmer, meets Ginn and is immediately taken by her sweetness and gentle vulnerability. He sees the future in her eyes and the pain she's endured in the past. It takes time-and gentleness-to woo the broken woman, but with care, she learns to find her heart once more.

What they find together is a world of passion, fire and joy. In each other's arms, they find what each has been searching for all their lives. Through steamy nights and laughter-filled days, they fall deep in love.

But it's not to last. Ginn is torn from the heaven she finds with Clay, snatched away by her husband's vicious design. Setting his hired thugs on the unsuspecting Clay, JP Whorten leaves his wife's lover beaten and near death while he carries Ginn back to hell.

Trapped in the dungeons below her husband's house, she has given up on life. Existing solely on the memories of Clay's touch and the magical light in his eyes, she little resembles the woman she once was. She spends her days as a slave, awaiting her husband's ruthless pleasures and praying for the deliverance of death.

Clay wakes in the hospital in a state of panic over what may have happened to Ginn. Enraged over his inability to save her, he forces his uncooperative, broken body to walk out of the hospital. 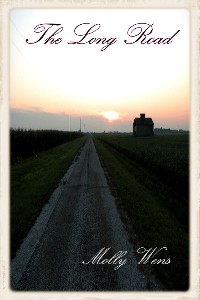 “You’re certain this is what you want?”

The gentleness of his kiss caused her heart to lurch. Her hands—usually bound at this point in her other life—were free to roam at will. Then she realized she had never had a moment like this in her other life. She had never been given any tenderness or even the slightest courtesy back then. Now, she found freedom to explore, to touch, to feel anything she wanted and it thrilled her.

The skin of his bare chest was like hot silk under her fingers, and felt as if it were molded to the hard muscles of his torso. She explored further, skimming her hands under his open shirt over his ribs. At his sharp hissing breath, she looked up into his eyes to see the naked desire revealed there. It was more than a little frightening. The only thing that kept her going was the amount of emotion in his gaze. He wasn’t looking at her with cold lust.

Her exploration was brought to an immediate halt when the tips of her sensitive fingers encountered a patch of rough, puckered flesh low on his right ribcage. She drew her hand back, lifting his shirt to reveal a particularly vicious-looking scar.

“See?” he said when her startled eyes caught his. “We all have scars, darlin’.”

“How did it happen?”

“My misspent youth.” He grinned at her in a way that made her wish she had known him when he was a boy. “When I was at college, a couple of boys decided to teach me a lesson for mouthing off. I took a hell of a beating. We were in a bar at the time—lots of glass and barstools flying. And this,” he said, pulling the shirt back, “is what you get when you land on a whisky bottle. Took more than twenty stitches and eighteen staples.”

His hands were shaking slightly as he quickly removed his clothing. Then, standing in front of each other they began touching. The caresses were gentle in their exploration. She took a step closer to him and kissed the center of his chest. When she heard his sharp intake of breath she kissed him again. His arms shot round her and she was drawn into a warm, tender kiss.

“Make love to me, Clay,” she moaned. He laid her down on the bed. His lips moved down her throat and farther to take possession of each nipple in turn through her open robe. A delicious cry escaped her lips at the wondrous sensation. Her nails bit into his shoulders as he moved lower along her belly and then he returned to her breasts. He suckled the left nipple while his fingers teased the right one. Her back arched, trying to draw him nearer.

She groaned and opened her legs. She felt her flesh being parted, felt his hand gently massage the hard knot of nerves he found there. He was still sucking on her nipple when she screamed and raked her nails across his back. Her hips drove up against his hand as she gave herself over to her first orgasm. She clung to him, moaning as her body shuddered in the fury of the moment until, gasping for breath, she fell back against the mattress. Tears spilled from her eyes as she moaned his name again.

He kissed her tears away while smoothing the hair off her face. “That’s never happened before, has it?” He whispered the question.