Will a lakeside holiday be the time Nicole discovers Tammie’s secret?

When Tammie disappears into the English countryside for a second night running, Nicole can't help but pursue her.

Nicole has been painfully infatuated with her beautiful blonde friend for months, but Tammie just keeps blowing hot and cold. They've flirted, they've hugged, they've giggled together, they've even kissed, but every time Nicole's hopes of sex and romance seem within grasp, Tammie just pulls away. Is Tammie being deliberately cruel? Is Nicole reading the situation wrong? Or is there another factor at play?

The secret Nicole discovers in the woods utterly defies her expectations. 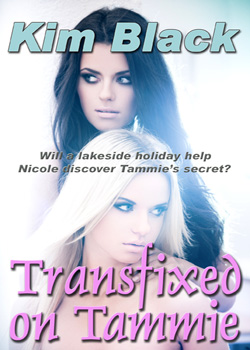 More From The Transgender Collection 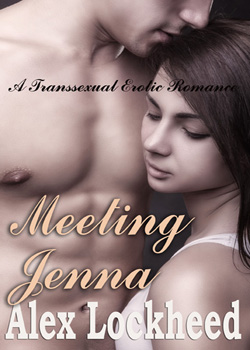 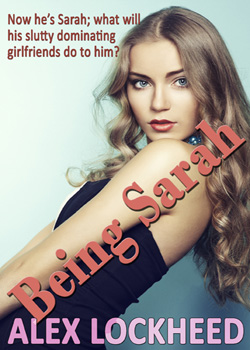 Even in the darkness of the bunkhouse, I could see that Tammie’s bed was empty. Moonlight cast itself over the limp pile of sheets that had, until recently, encased a slim female body. My eyes scanned the scene. Each of the other beds in the gloomy, stone-block dorm room was occupied: I could see the outline of the girls’ bodies and hear the rhythmic purrs of their sleep.

It was only Tammie who was absent.

I reached over to my phone to check the time. It was 2:38 a.m. I frowned, breathed in slowly through my nose, and then sighed. What could Tammie possibly be doing at 2:38 a.m.?

I wiped my long brown hair from my face and swung my legs out of my bed. My toes gingerly touched the wooden floor and I rose to my feet. Treading as delicately as I could, I tiptoed toward the bathroom in my thin satin nightdress. I didn’t need to use the facilities, but I desperately wanted to know if Tammie was in there. It was the second night in a row that she’d disappeared.

I pushed open the door, carefully and slowly, so as to minimize the inevitable scream of the ancient, unoiled hinges. Despite my preparation, I still winced as the jarring sound scraped its way over my eardrums. One of the other girls stirred, but only for a moment, before resuming her slumber. I softly stepped onto the cool tiles, but even in heavy shadows, nothing indicated human presence. The room was empty. The doors of the toilet stalls hung open, and the same went for the showers. There was nowhere she could be hiding.

That only left outside.

The bunkhouse was basic. One room to sleep, one room to wash. Isolated in the Lake District countryside in northwest England, it was only one step up from camping with tents, but it was the most that the five of us students could afford for our vacation. I reentered the dorm and looked toward the front door that led out to the wilderness. It was cracked slightly open.

Where had she gone?