An Xmas For Xo

Xo is a cat that even a cat whisperer can't calm down. A busy business CEO who is as cantankerous as his cat that attacks him whenever he has a board meeting meets a young vet's aide who can calm Xo but insists the problem is with the owner. Sparks fly like Christmas lights plugged in the wrong way.

Xo needs a HEA Christmas, and so do these two men.

An Xmas For Xo

The call came in from the police dispatcher for an exotic vet to help at a penthouse apartment. It was reported that a wildcat was loose in the living quarters.

Shawn Collins had what he considered was the best job in the world. He got to do what he loved and he got paid for it, paid well and weekly. He worked in a busy vet's office near downtown Cleveland.

There were three doctors who worked and owned the shop, and each handled different types of animals and problems, so they often saw any breed of dogs, birds, snakes or exotic animals. He’d worked at the clinic for two years, going to school nights and online.

One great advantage had developed as the three Doctors all built up trust in Shawn and had begun to use him on more important issues. He often assisted with suturing in surgery, taking over in emergencies. He was gaining experience he couldn't get in school.

He glanced up at the high rise in one of the many tall buildings that housed banks or businesses on the first few floors and then apartments above. The higher the floors, the more expensive the living space, so if it was a penthouse, it was in the price range of don't ask.

In the large white enclosed van, Shawn had everything he needed to catch a wildcat. Dr. Brice had told Shawn that no one had seen the wildcat and that the owner was overseas and had given permission by fax to allow entrance, obtain an animal named Xo, and maintain the cat until the owner returned in one week.

A down payment would be sent through the gentleman's local office immediately.

Shawn had equipment in the back of the truck for everything he needed to take a cat, no matter its size. If needed, he had a tranq gun with several different amounts of darts, but he wouldn't take it up with him to start. He believed he was an animal whisperer and would do anything to not hurt an animal.

He had a full-body suit that was thick and padded that would prevent an animal from biting him, as well as a couple sizes of cages. His white van was clearly marked with a big green cross and the name of the animal clinic on all four sides, also in green.

Looking for the basement garage, he found a police car with a cop leaning against the hood. Pulling up beside the car, he rolled down the passenger's window and called to the man.

"Good. Pull into the garage and drive over to the elevator. Go to the top floor. The manager is waiting for you there."

Once he was parked next to the elevator, Shawn just put on his light weight jacket with the logo of the clinic on the back and went up in the elevator. He figured he would look the situation over first. Then he could come back down to pick out what he would need to capture the wildcat.

He shook his head at the foolishness of people keeping wild animals in their apartments as showpieces. It was as if they thought the animal was a pretty piece of furniture. Eventually, the animal had to be turned over to a zoo or put down because the animal did what was natural and hurt someone. 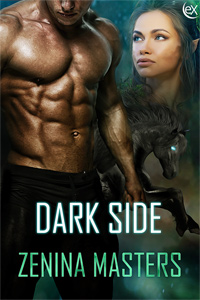 Dark Side
Zenina Masters
In Shelf
$3.99

A Love Story at the Top of the World
Scarlet Blackwell
In Shelf
$4.99 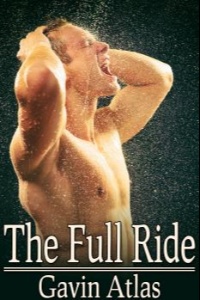