Recovering from damage done by a psycho, Silari, Agent of the Alliance, has been waiting for a new assignment. When that assignment turns out to be one of two dozen women in line for a shot at becoming the bride of an Avatar, she is slightly disappointed. What man would want a woman damaged in body and mind?

Maksuan has shied away from women who used their wiles to get his attention, but the shy Terran shines in every room she enters. He tries to get closer to her and when he finds out why she is dodging him, he takes action and removes clothing.

The shuttle touched down on Niiko and her pilot inclined his head. “It was a pleasure meeting you, Agent Henderson.”

She nodded and unbuckled. “Thank you for your prompt delivery, pilot.”

He caught her hand. “It will get better, Silari. You just have to give life the opportunity to prove it to you.”

Bitterness welled up in her and she tried not to cry. “I really doubt it. I have just recovered from a rather traumatic event and this is throwing me back into a situation where I have no control. It isn’t fair.”

“Life out here isn’t fair, Henderson. You simply get on with your duty and do what you can to get through.” He smiled again. “My name is Robert Anders, by the way. I have been wed for the last two years to the wife that the Alliance chose for me. She is everything I wanted and yet was afraid to hope for.”

That brought her a little way out of her misery. “Did you have a choice?”

He rubbed a hand through his short brown hair. “No. She was part of a lottery to get new genes into her species. She didn’t want me, I didn’t want her and yet, now I can’t think of a day going by without her. You met Lohra actually, she was sent to notify you of the shuttle.”

“Lavender skin, brown hair and bright blue eyes?” She was grateful for the distraction of the conversation.

“Yes, that’s her. Lohra is one of the Dekkanic people. She agreed to accompany me to the stars in an effort to keep me happy while we settled into married life. We have a home on Dekkan, but it will wait until I retire or she becomes pregnant.”

“Do you have a problem being used like that?”

“Henderson, men and women have been using each other like that back on Earth since time began. There is nothing wrong with it unless you are facing a partner you absolutely can’t stand. If there is mutual attraction, where is the harm?”

He made a good point and she smiled until the com beeped. “Pilot Anders, please return to the Hind. We are waiting for you.”

She sighed. “Thank you for the kind words, Robert. I needed to talk it out a little. Please don’t let me keep you.”

He followed her to the hatch and as soon as she slung her bag over her shoulder, he brought her in for a hug. “Take care and simply let what happens, happen. Niiko and Maksuan have a good reputation for being reasonable and intelligent. Don’t worry about anything. You will be free and clear in no time.”

Silari smiled. “Thanks again. Say hello to Lohra for me. She’s a sister-in-law of sorts and I am afraid I was a little rude to her.”

He chuckled. “She lives with a Terran, she is used to rude.” 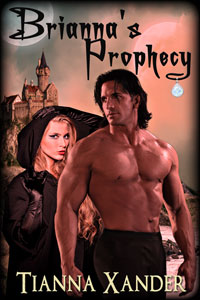