High school senior and muscle- teen-titan Alex Johnson just wants to help a new friend, but he learns it’s not nice to fool Mother Nature. Courtney is a runty little freshman who is tired of being relentlessly bullied. Alex can’t always be around to protect his little friend, so when his scientist boyfriend Ryan comes up with what seems to be the answer to Courtney’s problems, Alex takes action. Unfortunately, the plan has unintended consequences for more than just Courtney. Meanwhile, Alex is trying to deal with the media attention his incredible size and strength is causing.

As expected, the Bulldogs won the championship. The local paper named Jason MVP, naturally. I was sure that he still hated me, but maybe he was learning that perhaps he didn’t have to be a bully to gain the respect of his friends. Some friends, if you ask me.

By the way, my name’s Alex Johnson, and if you’ve been reading my scribblings so far, you know I’m a senior at Antioch High School in the bustling megalopolis of Antioch, Nebraska. The aforementioned Jason is the school bully, or at least he was until he and I had a little heart-to-heart.

You see, I’m seven-feet six-inches tall, and weigh a touch over seven hundred pounds. Yes, you read that right.

That’s a fairly recent development for me. Up until the middle of last school year, I was pretty average size. I was a scaredy-cat that didn’t interact with hardly anyone, mainly because I had a mild form of autism called Asperger’s.

I didn’t know it, but when I was a baby, my late father and his research partner, Dr. Bob Leonard, cured me of a terrible neuro-muscular disease with an experimental gene-splicing treatment. All seemed to be going well, until last year when something switched the whole process back on and turned me into a teenage version of the Hulk. At least I’m not green, and I don’t get mad. Well, no more than anybody else.

On the plus side, I’m healthy as a horse. Shit, I weigh as much. The reason I’m so heavy is that whatever made me grow also caused my muscles and bones to be much denser than average. As a result, I’m many times stronger than an ordinary person of the same size—that is, if one existed.

You might think that I dealt with Jason by simply pounding the shit out of him or threatening. The truth is, before I grew I’d been on the receiving end of a pounding and I just can’t imagine doing that to another human being.

Instead, I hit him where he lives. I threatened, er, promised him, that if he didn’t lay off the bully stuff, I’d go out for the football team and pretty much eclipse his entire high school career. When Jason realized he was going to have to choose between being the local sports hero or being a bully, he had a Come-To-Jesus moment and chose sports. This was fine by me, because I never cared much for sports, anyway. Besides, I had an awesomely good-looking boyfriend.

Ryan is Japanese-American, and since last summer, he’s gone from handsome to achingly beautiful. He’s one of the grad students helping Bob with his research, and he’s come up with a compound designed to counteract the muscle wasting that accompanies so many chronic medical problems. It also makes a dandy post-workout supplement for healthy people. It’s not a hormone like steroids, so it doesn’t have all of those nasty side-effects. Ryan has packed on about twenty pounds of solid muscle, and these days I can hardly keep my hands off him.

Because of my refusal to go out for sports since I went all Jumbo, I was relegated to first period gym with all the scrawniest, geekiest freshmen. That hasn’t been all bad, because I’ve struck up friendship with a lot of them—once they realized I wasn’t going to eat them or something.

My favorite little geek is a guy named Courtney. We hit it off right off the bat. I think it’s probably because he immediately took me at face value and never judged me. This meant a lot to me, not just because of my freakish size, but because it’s pretty much common knowledge now that I’m gay.

So when I had a chance to help my buddy, I took it. Court has always hated the fact that he’s so small. Small people have an unfairly hard time in our society, and for Courtney it meant that he was picked on mercilessly. I sweet-talked my boyfriend into giving me some of his magic muscle elixir and then convinced a reluctant Courtney to start weightlifting.

It was a hard sell at first, but with the beginner's gains helped along by the growth compound, he caught the bug. Once that happened, the change was remarkable; and I don’t just mean physical. Suddenly, little Courtney was brimming with self-confidence. It didn’t hurt that when we started doing strength training in gym class, Court was the one showing everyone how it was done. He even landed a sweet—and pretty darn cute—little girlfriend. Everything seemed to be going well except for one teensy problem…

It had been a week since Courtney’s bottle of Grow Juice had gone missing, and so far, absolutely nothing had happened. I kept expecting at any minute for one or more of the football players to blow up like a balloon, but nothing. Courtney started bringing in just enough compound for the daily dose, and kept it with him until he used it. Why he couldn’t have done that in the first place is beyond me. 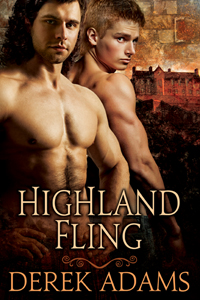 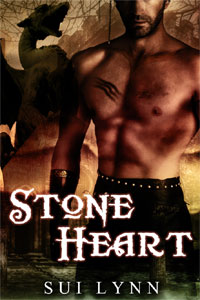