Confederate Lieutenant Anderson Blanks has grown weary of the War Between the States. He is all too aware of the tenuous thread that ties him to this earth -- as he writes a letter home to his sister, he realizes he may be among the dead by the time she receives the missive. His melancholy mood is shared by other soldiers in the campsite; in the cool Virginia night, the pickets claim to hear ghosts in the woods, and their own talk spooks them.

Andy knows the "ghost" is nothing more than a wounded soldier left on the battlefield, dying in the darkness. With compassion, Andy takes the picket's lantern and canteen in the hopes of easing the soldier's pain. After a tense confrontation with the soldier, Andy is shocked to discover none other than Samuel Talley, a young man Andy's father had chased from their plantation when the romantic relationship between the two boys came to light. The last time the two had seen each other, Sam had been heading west to seek his fortune, and had promised to send for Andy when he could.

Then the war broke out, and Andy had enlisted in the Confederate Army to help ease the financial burden at home. Apparently Sam had similar ideas -- he now wears the blue coat of a Union solider.

Sam is severely wounded and infection has begun to set in. Andy can't sneak him into his own camp for treatment because all Union soldiers are taken prisoner. But Andy's Confederate uniform prevents him from seeking help from the nearby Union camp, as well. It's up to Andy to tend his lover's wound and get Sam the help he needs before it's too late ... and before Andy's compatriots discover Sam's presence. 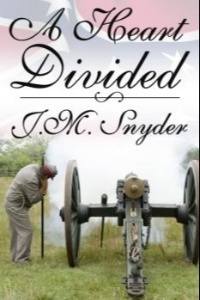 BookWenches: 4.25 out of 5.
"A moving story of love, hope, and duty that will capture your attention and make you wish for a happy ending for everybody involved."

Rainbow Reviews: 4 out of 5.
"Once again, Snyder has penned a cleanly written story with engaging characters and a descriptive setting, injecting intensity and emotion into the prose."

The Romance Studio: 5 out of 5.
"This book is more than a romance. It's one of those tales that may help people take a fresh look at history the way Snyder tells it through her characters."

"I brought you water," Andy offered. Despite the stranger's harsh words, he felt a sudden kinship with this man, unseen beyond the circle of light cast by his lamp. They were just two soldiers, without rank, two souls somehow alive on a battlefield littered with dead.

"Water?" the soldier asked, as if he had never heard the word before. The surprise turned to suspicion. "Why?"

"I thought you were dying." Even though the stranger couldn't see him, Andy shrugged. "I don't know. My men heard you singing and thought you were a ghost out here, come to steal their souls for the devil." The stranger laughed again, and Andy smiled at the sound. "I came because if it were me, I'd want you to come. I'd want someone to find me and sit with me a bit, 'til I go."

"I ain't going nowhere," the soldier said softly, and Andy heard the faint clatter of metal as the rifle was set aside. "Water?"

Andy unshouldered his own rifle and set it down on the ground beside the lamp to show the soldier he was unarmed, as well. Then he shook the canteen, more than half full, and the water sounded like a promise as it sloshed around inside the container. "Water," he affirmed. "I can toss it to you --"

"You can bring it," the soldier replied. "I'm ... there's a bullet in my thigh. I don't cotton the thought of dragging through the dead to find the canteen if you miss."

With slow, deliberate movements, Andy picked up the lamp again and stepped closer. In the flickering glow he saw the soldier appear like a ghost, a faint outline propped against a fallen log, taking shape and definition as he approached. He saw pants dark with blood from a ragged hole high on one leg, and he held the canteen out as an offering of peace.

When he wasn't shot as he approached, he came closer, and knelt by the man's side.

The soldier took the offered canteen with a sigh. "I'm so damn thirsty," he whispered, uncorking the container.

Andy frowned as the stranger gulped down the water. The lamplight fell short of the man's face, but Andy could see the dark coat he wore, marking him as a Union soldier. Hardly more than a boy, he corrected, taking in the smooth hands and thin wrists that held the canteen tight. "I thought you a rebel," he said as the soldier drank. "You sound Southern."

The soldier laughed. "Most men I know would kill you for that comment alone, water or not."

"Then I'm glad you're not most men." Andy sank to his knees beside the soldier, the damp ground seeping through his weathered breeches. "You say you aren't dying?"

"Who are you?" the soldier asked abruptly, ignoring his question. "I can't see your face."

"Lieutenant Anderson Blanks, of the Fifth Regiment out of Biloxi." He felt a cold hand grip his as the soldier caught his breath. "What is it? What --"

The word was nothing more than a sigh, barely heard over the breeze, but it rang through Andy like the peal of a church bell, echoing through his heart and his blood. My God, it can't be. It's the night and the weariness and the memories haunting me, nothing more. Sweet Lord Jesus above, don't do this to me, don't You dare ...

But his name in that voice, one he'd heard in dreams every night for the past three years, since the day he had watched the train carrying his lover disappear into the west. "Sam?" he breathed. "Sam Talley? Christ above, is it really you?" 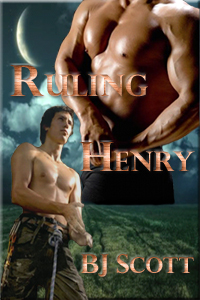