Before Aladdin met Jasmine, or the genie, he was a boy painfully alone on the streets. No one cared whether he lived or died until he met the boy who would transform his life.

Rami, was a person unlike any other. Running from a smoke monster when Aladdin first sees him, Aladdin learns that this mysterious boy has a secret, he cries golden tears.

Helpless to the boy’s charms, Aladdin is seduced by him. And, when their naked bodies touch for the first time, Aladdin discovers a part of himself he didn’t know existed.

But, will their innocent love survive Aladdin’s hesitation about being with a boy? Will either of them survive the power sorcerer who will stop at nothing to retrieve Rami? With danger around ever turn for these beautiful boys, their time together might be running out fast.

Her Two Wishes: MMF Menage Romance
A. Anders, Alex Anders
In Shelf
$4.99
All Books In Cart
All Books In Bookshelf
Excerpt

Aladdin sighed and lowered his head. He couldn’t believe what Rami was telling him, but he wanted to.

“You’ve seen me slay a dragon?” Aladdin asked wanting it to be true.

Rami smiled. “It was a huge dragon. When its wings spread, it was almost as large as the city. And when it opened its mouth, fire came out.”

Aladdin chuckled. “That really is quite a dream. What else did you see?”

Rami moved closer to Aladdin. Their bodies were inches apart. “I saw you kissing me,” he said shyly.

Aladdin looked down at the beautiful boy. His heart raced. He tried to speak but he had to swallow. He could feel heat pulsating from Rami’s body. He wanted more of it, but he dare not move.

It was with that that the two boys leaned in and threw their arms around the other. They kissed passionately. Aladdin’s mind swam with lustful feelings. And his heart ached, yearning for his lover’s touch.

Pressing their young, soft lips against one another’s, their mouth opened. Aladdin wanted to be inside of him. Pushing his tongue into Rami’s mouth, Aladdin melted when their two tongues touched. He had never done this before. He had never experienced anything like this with anyone.

Drunk from lust, he could admit that this was what he had always wanted. Rami was the most beautiful boy he had ever seen, and he wanted to do to him what he had seen the men in the Turkish bath do to each other.

With their tongues still intertwined, Aladdin slid his hand down his young friend’s back. Rami was wearing a shirt. Aladdin didn’t like that. So, with one move, Aladdin pulled it off. Wearing just a vest himself, their two chests touched. The sensation made his hard cock twitch. Needing more from the boy in front of him, he moved his hand down to Rami’s ass. 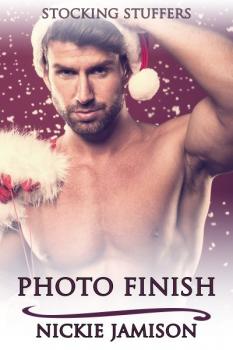