Noir Kioko had only ever seen one human before his undercover work brought him to the diner at the Luna Terminal, and that was at a distance. Humans are rare, most of them disappear without a trace, and he hopes hanging around the restaurant will give him a lead on the smuggling ring he’s investigating. There was no way he could’ve known the human would turn out to be his mate, and no way he can let it show without putting his mate in danger and possibly jeopardising his mission.

Max Welch is the proud owner of the only restaurant within a light year’s distance. He left Earth four years ago to create a better life for himself, but he hadn’t considered the possibility of scary alien pirates making his restaurant their favourite hangout spot. As a measly human there isn’t much he can do about it, but as one of the pirates starts coming by almost every day he has to come up with something before he loses all his customers. That the giant cat man is rather nice to look at changes nothing.

When rumours of another human arriving at the space station start to circulate, Noir's species trafficking infiltrate and observe only mission may need a revamp. But will Noir be able to protect his mate and another one of his rare species?

Max walked up to the table, once again praying no one could hear his heart banging in his chest. He kept his face neutral -- some species interpreted a smile as aggressive -- placed the first cup in front of a purple-haired male with a large flat nose. Piercings adorned his face in more places than Max had believed possible, not that he looked directly at the guy, but he had a hard time not peeking when the gang came and went. He always treated Max like he was invisible and that was alright by him.

Moving on to the next person, he didn’t recognise the jacket, and he didn’t dare look at the man’s face. As he put the cup down the man reached for it, grazing the back of Max’s hand before he could snatch it away.

“Sorry.” The man’s voice was a low purr. Max put some distance between them, but he couldn’t look away as large hands closed around the cup, making it look ridiculously small. He hadn’t seen those hands before, they were dusted with black hair all the way out on the fingers, the pads were broader than the rest of the digit, and there were no visible nails. That didn’t mean there weren’t claws hidden in there somewhere. Max had seen sharp tips coming out after he’d convinced himself a customer was a harmless species. But, for some stupid reason, it pleased him that the creature had five digits on each hand.

The number of fingers didn’t matter though; he was one of Bair’s men -- a recruit from the looks of it. He only hoped the guy wouldn’t do anything to prove his worth in here. Shaking his head ever so slightly, he placed the last cup on the tray in front of the quiet man in the corner, the only one who was as small as Max was. Not that Max had considered himself small until he’d arrived here, he was average in every way according to human standards -- okay maybe a little shorter than average, but not short short.

The quiet guy always sat in the corner, he never took part in any conversation, he never ate anything other than vegetables, and never drank anything other than black coffee. Max had no idea what species he was, though unless they were Reptoid or human he wouldn’t. His skin had a soft yellow-brownish tone with some dark spots, and it looked almost human in its texture -- always nice.

A quick escape took him back to the counter, and he was cursing his shaking hands as he placed Bair and the rest’s cups on the tray. He briefly met Quam’s gaze before heading towards the table again.

In slow-motion he took the few steps bringing him up to the gang. He passed Bair and served the man closest to the wall first. For each cup he put down, his pulse picked up, all too soon he only had Bair’s cup left. It wobbled slightly on the saucer and Max cursed. Bair chuckled too close to his ear, and he steeled himself for another burning onslaught.

Max startled at the purring voice, and out of the corner of his eye, he saw Bair do the same. It was all he needed to be able to take a couple of quick steps out of Bair’s reach -- not that it would stop him if he wanted to do something but at least Max could breathe a little easier.

“Yes?” He hoped the men didn’t notice the relief in his tone.

“You don’t happen to have any cream-based desserts, do you?”

Before Max could stop himself he met the man’s gaze, realised what he’d done, and quickly looked down at his worn sneakers. He had yellow eyes with vertical pupils, but the way the eyes had narrowed made Max aware of having overstepped his boundaries -- or he’d probably taken more liberties than was expected of him. A flat nose, and a wide mouth ... with lips -- it was always nice when a face was human-looking. He was probably taller than Quam and broader too, but hey, five fingers, what more could a man wish for?

Max took a calming breath and cursed himself for spacing out.

He forced his mind to focus on what pastry he had to offer. Few species tolerated dairy products. “I ... erm ... I have vanilla ice cream.” Max kept it for himself. He liked eating some on those nights when he felt heartbroken, unwanted, and alone. Ice cream might not help that, but he still kept it for those nights.

Max was as stunned by the polite manner as he was of the request. “Of course, sir.” 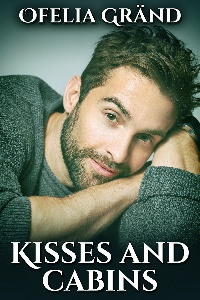