Seven friends, seven different personalities. They work and play together, never actively searching for love. However, love comes when one least expects it to. Follow the love journey of these seven friends as they navigate their way through romantic and familial relationships, friendships, and everything else life throws their ways.

Falling for His Best Friend: Keenan and Pablo are reunited after years of being separated. They begin to hang out once again as friends, but they don’t expect for their feelings to grow deeper than mere friendships. Neither of them are aware of the other man’s feeling, and both men are unwilling to confess their feelings to each other at the risk of losing their friendship. Maybe it’s better this way ...

Imperfect: David has had the worst crush on Tobias, but Tobias sleeps around too much. Tobias has been infatuated with David for years, but grows frustrated and furious after being repeatedly rebuffed. That’s why he enjoys arguing with David. It’s the only time David will pay any attention to him. Can the two men work through their issues and find their happily ever after with each other?

Lunar New Love: Vincent Yang and Anthony Lim meet a couple of weeks before Lunar New Year. They’re instantly attracted to each other. However, their individual relationships with their respective families are already strained enough because of their sexual orientation. Will Vincent and Anthony’s burgeoning romantic relationship survive the disapproval of their families?

EXCERPT FROM "Falling for His Best Friend"

Pablo repeated the mantra inside his head as he did his best to get through the day instead of fantasizing about Keenan and their dinner plan that evening. He was certain his employees could tell he was rather distracted, but none of them called him out on it. Fortunately, he didn’t have to interact with any of the customers that day. There were plenty of customers that day, and everyone seemed to be enjoying themselves. His employees were able to handle all of the customers without him having to intervene for any reason at all. Hence, he could stay inside his office and complete all the paperwork that were piling up for the past few days. However, he couldn’t conceal his excitement when it was time for him to leave the bar. He left a few last minute instructions to the manager on shift that evening before rushing out from the bar toward his car and driving home. He almost reached his house when he received a text message from Keenan.

Running a little bit late. Leaving the office now. Will meet you at your house at around eight. So sorry.

Pablo chuckled as he read the message. There was nothing particularly hilarious about the text message, but he could imagine Keenan’s voice and expression while he was reading the words, and that tickled him. He waited until he finished parking his car in the garage before sending a text message back to Keenan.

It’s fine. I just got home. It will take me a while to prepare our dinner. See you soon.

Then Pablo alighted from the car and headed into the house. After switching the oven on, he ran into his bedroom to change into comfortable clothes before making his way back into the kitchen and donning the apron. He pulled out the chicken thighs, which had been marinating in his own homemade sauce, and a bunch of vegetables from inside the refrigerator. He baked the chicken thighs inside the oven before cutting the vegetables to make some salad. He even had ample time to grab the oranges from the refrigerator and squeezed them all so he and Keenan would have fresh orange juice along with the meal. He had just brought the bowl of salad and the jug of orange juice out into the backyard and placed them on the table, which was around ten feet away from the swimming pool, when he heard the knocking sound from the direction of the front door.

He re-entered the house and ran toward the door. There was another gentle tapping sound on the door as he inhaled deeply. He wiped his palms on his apron before answering the door. He wouldn’t be exaggerating if he claimed he almost lost his breath at the sight of Keenan in his suit and tie. It should be illegal for a gorgeous man like Keenan to appear even more handsome in his full executive attire. He knew he should shut his gaping mouth, but he could feel the breath being stuck in his throat.

Besides, he couldn’t move. It was as if he was paralyzed from head to toe. He was even more flabbergasted when Keenan presented him with a bottle of wine and a box of chocolates. It was just a simple dinner between two old friends, but a part of him wished it was something more romantic. He stared at the bottle of wine and the box of chocolates while doing his best not to overthink the gesture. Keenan was simply being polite by offering him the wine and chocolates. Pablo knew he shouldn’t misunderstand the meaning behind his best friend’s gifts, but he couldn’t help himself. He would just keep the thought to himself. Keenan didn’t have to know about it. 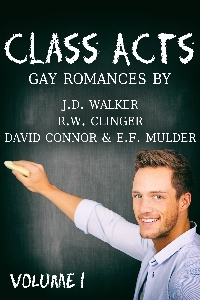 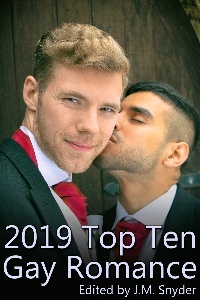