Aphrodite 1 Life Sciences Officer Dr. Giselle Rosseau hasn’t lost a fellow crew member yet—and she’s not about to lose one now, either. Her first year aboard a space station orbiting the hot and desolate second planet hasn’t been all she hoped for, but she manages to work well under their less than friendly commander, Seth McCloud. After Seth suffers a freak accident in the upper Venusian atmosphere, Giselle theorizes that perhaps their handsome comatose commander’s irritating stick-up-his-ass demeanor is only a cover concealing a past heartache.

When Seth wakes up and finds Giselle pleasuring herself by his sickbed, to her surprise and delight, he wants to join in on the fun.  Suddenly lonely Giselle finds both her empty heart and her bunk filled with a passion that cannot be denied.

Now everyone has a regular partner, and Giselle, Seth, and the rest of their playful crewmates can’t wait for Valentine’s Day. Seth’s increased strength and stamina since his accident is a mystery, but Giselle’s surprise a few weeks later is an even bigger one. What really happened to Seth in Venus’s upper atmosphere? And how will it affect their future happiness together? 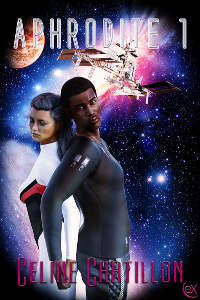 Giselle Rosseau looked away from the flashing cursor and returned to monitoring their away team member’s vital signs on the heads up display. How she despised doing the monthly psych evals! But Earth Central insisted. She had no problems writing up the routine short mental/physical health reviews for her four other station mates. Those were never any trouble for her. The four were more than cooperative whenever she asked them how they were dealing with their long-term stay aboard the space station. However, she found writing a psych review for the mission commander of Aphrodite 1 about as pleasant as walking barefoot over Venus’ surface, which at 465 degrees Celsius was hot enough to melt lead.

“The sensor array platform appears to have taken some grief from our friendly volcano below.” Alejandro Alvarez, their xeno-geologist from the Chilean Andes, spoke over the internal comm-link from his position on the command deck located immediately above hers at Life Sciences. “Can you shift that camera on the lower side a few degrees to your left, Seth? I want to get a better look at it.”

“Roger that. Shifting camera,” came the monotone reply of their mission commander.

Giselle watched for any change in vitals as Seth lowered himself down the ladder deeper into Venus’ thick atmosphere. Even at the extremely high altitude they orbited the planet, there was no way to escape the miasma of carbon dioxide and sulfuric acid, and his protective EVA suit and gear were heavy and cumbersome. Fortunately for the mission, the man was in excellent health—physically, that was. She couldn’t deny that the American was blessed with rock hard abs, bulging biceps, and stood almost as tall as a long-extinct Redwood. With big brown eyes, dark chocolate curly hair cropped short, full, sensuous lips, and delicious café au lait skin tone, Seth McCloud was more than easy on the eyes.

Too bad he had as much personality as a cold, dead genetically modified frankenfish at times.

“Watch out for that strut holding the anemometer,” Bettina cut into the conversation from her weather monitoring console on the command deck. “I’ve noted some rather interesting fluctuations in the wind speed lately.”

A xeno-climatologist, Bettina Strauss held the most seniority of all the scientists on this first long-term mission to Venus, the solar system’s hottest—and oddest—planet, best known for its backward rotation and unique almost circular orbit around the Sun. Giselle was impressed by how the buxom German practically wrote the book on runaway greenhouse gases as one of a team of inventors that created a CO2 removal device many hoped would save Earth from the effects of over a century and a half of global warming.

“Will do. It does seem a bit breezier today,” Seth replied nonchalantly.

“Get back to your vehicle ASAP if it starts vibrating,” Tomiko instructed over the link. “There’s been a few curious readings regarding the integrity of the support cable. It’s probably nothing much, but let’s not take any chances.”

Tomiko Yamamoto was a first-class engineer of space power arrays and co-designer of their upper-atmospheric experimentation platform suspended from a thick cable five kilometers beneath them. Her concern about the corrosive effects of Venus’ caustic atmosphere on their structures was more than warranted. Humankind had developed stronger materials since the Soviet Union’s Venera probe landed on the surface of the planet in the mid-twentieth century. It lasted all of two hours before melting, but that didn’t mean Venus didn’t have a few more surprises in store for the first crew to live in such close proximity to it for an extended period.

Giselle smiled as she looked over at her crewmates. The petite Japanese engineer currently sat on Sanjay’s lap as she monitored the platform’s structural integrity on her panel next to his.

“Well, whatever you do, don’t forget to check on my hothouse flowers down there,” Sanjay joked. “They should be at least a hundred meters tall by now.”

Sanjay Nayyar, their tall, dark and exotic space agronomist/terraformer and resident hydroponic gardener, and Tomiko had been an item since before they launched from Earth. They’d both trained together at the Indian Space Academy, and in spite of their different disciplines and cultures, they couldn’t keep their hands off of each other for long.

Giselle admired their discretion and professionalism, but she mostly envied their commitment to each other. It was a rare thing to see a couple remain a couple on a long-term mission such as Aphrodite 1. Most crews ended up swapping out sex partners at least once or twice. The record was set by one of the early Mars mission crews. After they were relieved of their posts six years later, the medical chief estimated the twenty-four crew members had played musical beds at least four to five times each.

“Yeah, right, Nayyar,” Seth replied. “Those test plants of yours met their demise a long while back.”

Seth’s deadpan tone indicated to Giselle that he didn’t have much time for humor or playfulness. Too bad. Most Americans she had met during her training at the former NASA Space Academy—now known as the North American Space Academy—were fun-loving types in spite of all their people’s difficulties. Serious Seth was the exception to the rule.

As the only French-Canadian in her class, Giselle had felt lonely at first, but soon she’d made friends with most of the specialists from the region formerly known as the United States. She learned from others how Seth’s family had been one of the fortunate ones. His hometown hadn’t been inundated in the ocean rise or completely destroyed by the raging wildfires that preceded the collapse of the ecosystem in the center of the continent over one hundred years ago, causing the mass exodus of Americans to their north and south. He should feel grateful, but Seth acted bitter at times. 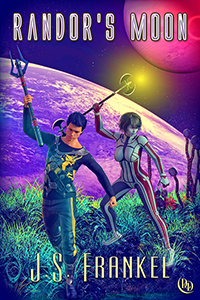 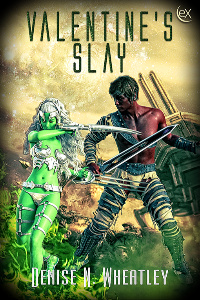 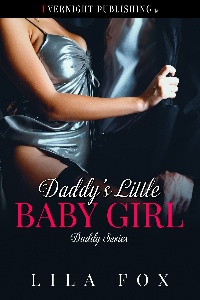 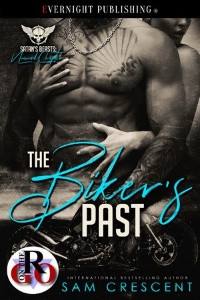 The Biker's Past (MF)
Sam Crescent
In Shelf
$2.99
Tweets by
sirenbookstrand