Between the Shadow and the Soul (MM)

Ryan doesn’t expect too much from his weekend at the Shadows and Souls fan convention in Tahoe -- he wants to meet his online friends, engage in a few heated debates about the plot for the upcoming season, and maybe shake the hand of the TV show’s star, Johnny Marlowe. But his weekend goes off course almost immediately after his arrival. First, the hotel loses his booking. Then Johnny Marlowe talks to him like they’re actual friends. And while his head is still spinning, a ghost attacks him in the elevator.

Despite fighting ghosts every week on television, Johnny Marlowe does not believe in the spirit world. However, he does believe he should get to know Ryan better. Fan or not, the man is not only gorgeous, he’s down-to-earth, fun, and makes Johnny forget about the fake life he’s forced to lead and the ex-boyfriend who refused to participate in the charade. Unfortunately, every time Johnny tries to get close to the handsome ginger, something explodes or the earth shakes or lights blink out -- and none of that is as sexy as it sounds.

Johnny doesn’t believe in ghosts, but he knows he has to get to the bottom of this haunting if he ever wants to get close to his biggest fan.

Between the Shadow and the Soul (MM)

“Can you keep a secret?” He didn’t wait for a response, because he was going to tell Ryan anyway. “Half the reason I tried out for the show in the first place was because I knew that if it took off, I’d get to do cons like this.”

“Really? So have you gone to cons as a fan?”

“My dad took me to two when I was a kid. He was a huge Xena fan, and there was no way in hell he’d ever let my mom go with him.” Johnny grinned at the memory. “I was his bait to get extra time with Lucy when it got to his turn in the autograph line.”

Ryan’s laugh was a deep, warm sound. “Did it work?”

“Just out of curiosity, what would it take to get extra time with you in the autograph line?”

If Ryan was going to open himself up like that, Johnny sure as hell was going to take the flirtatious route with his reply. “For you, or for just anyone?”

“There’s a difference? For me, I guess.”

Ryan looked so earnest about it, Johnny wanted to give him a genuine answer. “Well, all you’d have to do is exactly what you’ve been doing. Smile. Treat me like I’m just another guy. Rescue me from moronic twinks who don’t know how to take no for an answer.” He took another long swallow of his lager. Shit, how had he almost finished a second bottle already? “But seriously, in your case, all you’d have to do is smile at me.”

Ryan’s face turned as red as his hair, but his smile didn’t drop away. If anything, it became even more endearing. “Well, you don’t have to worry about twinks. I think I’m the only guy here ... wait.” He tilted his head inquisitively. “Twinks? Are you ... I mean ... is your ex a guy?”

Aw, hell, he’d walked right into that one. Mathias, his agent, had made it clear that if he wanted to get anywhere, he needed to play to his strengths -- mainly, getting girls to think he was available so the buzz around him would snowball online. That was what Christian had never understood. All Johnny had ever wanted was to be an actor, and if this was what he had to do to get ahead, then it was a small price to pay for the short term. Once he was established, he could always come out, but in the meantime, keeping his sexuality ambiguous was his main game.

Or at least it had been before he’d noticed a certain ginger and then started drinking when his head was already a million beats behind.

He thumped his head against the back of the couch and stared up at the ceiling. “Mathias is going to kill me,” he muttered.

“Hey.” He felt, rather than saw, Ryan shift on the couch, closing the distance between them. “First off, nobody’s going to kill you. Not on my watch, anyway. Second, you know, I won’t say anything to anybody. But for what it’s worth, I don’t think your fans will freak out.”

“That’s not what Mathias says.”

“Well, I don’t know who Mathias is. But I do know your most dedicated fans pretty well, and they don’t have a problem with me.”

That last drew Johnny’s attention away from the fact that housecleaning clearly never paid any attention to the ceiling, over to Ryan and his clear green gaze locked on him. “Why would they have a problem with you?”

“Online, on the board and the blogs, they pretty much know that I’m gay. It doesn’t seem to bother them.”

It took three blinks for Ryan’s words to sink in. Mathias really was going to kill him. He’d given his extra suite to a gay fan he would’ve picked up at any bar in LA and ridden until his legs gave out. But as odd as it was, Johnny trusted Ryan. The problem was, though Ryan might promise not to say anything, Mathias would never believe it. 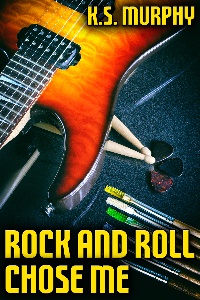