Some call him the Angel of Death, but Caleb knows better. He doesn’t kill. He erases life. Centuries ago, the Higher Powers created him to walk the terrestrial plane, eradicating those from existence who have either earned punishment or asked for dissolution. No attachments, no commitments, no problems.

His latest assignment should have been as easy as the rest. But the second he gets invited into Leandro Warnell’s remote Alaskan cabin, Caleb knows something is different. It’s more than the overpowering physical attraction between them. It’s more than the inconsistencies that have plagued this assignment from the start.

It’s the mark Leandro wears over his heart, the symbol unique to Caleb’s body. Because the only way he could’ve got the tattoo is if Caleb had given it to him…and the man who’s collected memories for the last thousand years has no recollection ever meeting Leandro before ...

"Where is it you're trying to get to?"

"A friend's got a cabin a hundred miles or so north. He offered to let me crash there for a little while."

His gaze lingered on mine. "Lucky friend."

The hinted invitation of his handshake blossomed into more than vague allusion. Leandro was interested, as interested in me as my body seemed to be in his. I hadn't imagined that shock of attraction, and he clearly wasn't going to ignore it.

I don't fuck my assignments. It's never in anyone's best interest. But getting personal with this guy might just help fill in some of the holes I had about who he was. This one time, it might be strategic to follow through on my desires.

Plus, I'd be lying if I said I didn't want to feel him break beneath me. He'd fight back, which would make success all that much sweeter.

"I'm starting to think maybe I'm the lucky one." I stretched my legs in semblance of getting more comfortable, aware that by doing so I put the line of my erection on full display. Leandro glanced for a split second, then the corner of his mouth lifted as he reverted his attention back to the guitar in his hands.

"I don't have much, but you're welcome to stick around for a while," he said. "I've got some breakfast left over if you want it, too."

The melody he played was hypnotic. It lilted along in a minor key, calling forth sensations out of place in the middle of Alaska. I thought of basking under the sun, and the smell of salt and seaweed in my nose. Somewhere on a beach, with his oiled body stretched out next to mine.

"Are you on vacation?" I asked.

"You don't have Alaska plates on your truck."

He smiled at me. "You're very observant."

A brow went up. "Sounds hard."

"Teaching isn't hard. Grading, on the other hand..."

He chuckled at my little joke, but his gaze became distant, his playing almost pensive. "California. Huh. I wouldn't have pegged you for that."

I said it with a smile, hoping he'd see I was just as receptive to his earlier flirtation, but he didn't look up from his guitar. Instead, he'd disappeared into himself, maybe wrapped up in his music, maybe put off by my forward manner. I was accustomed to more liberal attitudes in the Bay Area. I was able to teach without having to hide my sexual preferences. It was entirely possible I'd misconstrued his interest, or moved too quickly.

Hell, it was entirely possible I was completely nuts for thinking about any of this. I had a job to do, and just because he was hot didn't mean I could forsake it. This back and forth was just more of what was wrong about this whole scenario.

Punishment might be better for me, after all. If I couldn't keep my head on straight--

"This is harder than I thought it'd be."

His voice was low enough I had to strain to hear it, and he still wasn't looking at me. The smile was gone, too. I waited for clarification, for anything, but all that came was the slowing of his playing, each note struggling to be released.

"Perhaps I should try my luck elsewhere--"

Slowly, Leandro set aside the instrument. The other music drifted back into my awareness. I'd forgotten it was there, beneath the guitar's haunting melody, and now the dissonance made my skin crawl. I rolled my neck, trying to disrupt the sensations, but then, Leandro had his hand on my knee, up my thigh, onto my arm before I lifted my head to see his face inches from mine.

I saw nothing else. We were alone, isolated, cut off from everything else like a ship anchored in a fog-locked bay.

I was surprisingly okay with that.

Though I started to shake my head, he stopped the motion with the seal of his full mouth over mine. 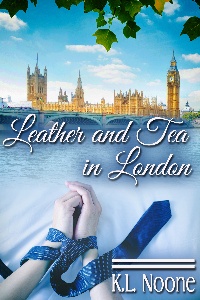 Between the Shadow and the Soul (MM)
Jamie Craig
In Shelf
$3.99 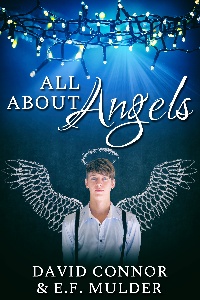