Garner working as a waiter at an upscale restaurant with a growing attraction to a man named Alonzo, who always asks to be put in his section for dinner. One night after work, the man is assaulted while trailing Garner. Garner goes to his aid, but is shot for his trouble.

Taking time off from work to recover, Garner is resting on a park bench when Alonzo suddenly appears at the other end of the bench. Garner never saw him approach. He asks why Alonzo is trailing him.

After some hesitation, Alonzo explains he wants to recruit Garner to help fight against others who systematically hunt people like himself. Garner isn’t inclined to get involved in anything dangerous, but he does finds Alonzo more and more attractive, so he agrees to consider the idea. As he learns more about Alonzo’s bizarre and dangerous subculture, what Garner really wants to know is whether Alonzo is romantically interested in him at all.

When he thrust aside the door leading into the vast room, Garner saw that everyone he had left minutes before was still there. Vera was standing next to Heather, who was holding her upper arm in a manner that seemed restraining. The two men were standing close together, the man who had fled slightly behind Cory.

With a cold sense of dudgeon, Garner walked forward. Heather and the second man both looked uneasy and even frightened. Cory, however, looked anything but. He looked contemptuous.

Garner felt nothing in the way of doubt at first. He walked up to the group, looked at the equipment and then at Cory. He began at last to feel a sense of being unsure of the situation.

“What the hell is this anyway?” he snarled.

“You need to calm down,” Cory said quietly but firmly. “You don’t understand.”

Garner walked to the screen and examined it. He could still see the figure lying on the pavement. He pointed to it. “You’ve killed that guy.”

“No we didn’t.” Cory’s voice was calm and certain.

“He had no heartbeat.”

“That wasn’t our doing.”

“What? What are you talking about?”

“You need to calm down.”

Garner was still confused. He began to doubt. But a moment later he caught sight of the smirk on the second man’s face, and his fury returned.

He couldn’t calm down, or didn’t want to, he decided. He wanted to do something physical. But he also needed to understand. So he swallowed and said quietly but still fiercely, “What right do you have to do this to people?”

“He has something we want.” Cory’s tone was cool.

“Why not?” Cory raised his eyebrows. “The strong take from the weak. It’s always been that way.”

Garner stared at their cold faces, then turned to Vera. “Nice friends you’ve got here!”

Vera was looking shocked and afraid. “I’m sorry, Garner. I didn’t know. I don’t know what to say.”

Garner shook his head and pointed at the screen. “What about that guy out there?”

“The dead guy on the pavement.”

“There is no dead guy on the pavement.”

The second man, apparently heartened by Cory’s presence, stepped toward Garner, sneering. He turned to Cory. “I thought you said he was recruitment material. Why, he’s just a brainless do-gooder -- a human potato.”

This senseless insult, on top of everything else, stung Garner into action. He leapt forward, grabbed the man, lifted him up and threw him backward, where he fell against a table, knocking it over. There was the sound of crashing and smashing as equipment on the table were sent flying.

Garner advanced on the man, who was just getting to his feet. He wanted to do more damage. But then there came the sound of a pistol shot, and Garner felt a searing pain in his upper arm. Instinctively he stopped and backed away, but then staggered and fell. As he lay on the floor he saw Cory was holding a pistol.

“That was just a warning shot,” the man said coolly. “You do any more damage and the next one will hit you in a more vital spot. Understand?”

Garner glared up at the man.

“Help him up.” Cory nodded at Vera. She came forward and helped Garner to his feet.

Looking at his arm, she said in a shaky voice, “It’s -- it’s not very deep.” She fumbled in her pocket, produced a handkerchief, and bound his arm to stop the bleeding.

When she had done this, the two faced the three coven members.

“He doesn’t understand,” Heather said to Cory. “Why don’t we tell him?”

Heather went over and pointed to the video screen that showed the street outside. “See?” she said. “There is no body.”

Garner looked at the screen. She was right. The street was empty. 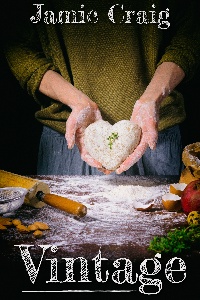 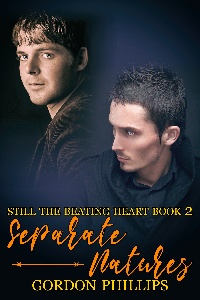