Alex is a cocky and proud slut. Since he's been hurt by love, he avoids it at all costs. He comes up with a new challenge for his popular blog: to hook up on Christmas Day by midnight. However, the hookup has to be with a guy so unforgettable that Alex will remember him forever.

Enter Miguel, a guy Alex's mom introduces him to in church. Miguel isn't just religious, he's beautiful too, and Alex sees him as the perfect candidate for the challenge. Since Miguel is into romance and not hookups, Alex is willing to accept the extra challenge.

As Alex gets to know Miguel more, he learns Miguel has a naughty side. They start developing feelings for each other, putting Alex's challenge at risk. He seeks help from Juanito, who comes up with an idea that could help Alex win the challenge and still date Miguel.

What Alex doesn’t realize is he isn’t the only one interested in Miguel, too. What's more, Miguel reveals his own feelings for Juanito. Can this bring the three closer and change everything forever? 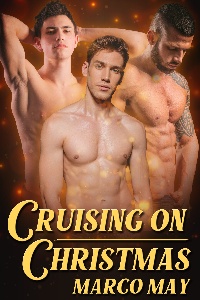 Miguel chugged his drink, and I had a feeling he wanted more. I glanced at Juanito who kept his eyes on him with a smile of deep interest that couldn't fool me. At least he didn't seem tempted to drink like years ago, so that was a relief. I was proud of him for managing AA all those years. Sometimes, I wondered about Miguel when it came to drinking, but I also didn't know him well enough to assume that.

My eyes bulged when I saw that the drink was empty in about a minute or so. "Wow, you still amaze me with how fast you down those drinks."

Miguel formed a small grin and lowered his gaze. "Yeah," he muttered. Then, he looked at me and Juanito. "So, what do you guys want to do or talk about? Any games, or ...?"

Juanito and that fucking smile of his, making my heart sink because I knew he wanted him, too. "I have video games, board games, or we could even play other games like Truth or Dare."

Miguel gasped. "Gosh, I love Truth or Dare. It can be really funny and silly sometimes."

"Not my version," Juanito said with pride. "I take that game seriously when I play it."

Ah. So, that must have been the idea. A stupid game for middle school kids? How was that even original for my blog? Then again, did I want to keep caring about the blog? Confusion hit me hard because I still had my grip on it while having some serious second thoughts about it. Sometimes, I still wanted to have my cake and eat it, too. Other times, I wanted to forget all about it and see where things could lead between me and Miguel. After all, I really didn't want to hurt him, and I felt extremely guilty for having first looked at him like a piece of meat, since he was so much more than that.

Miguel gave us a lopsided smile, proving he was buzzing again. "I mean, if you're trying to scare me, it's not working."

Juanito heaved a big breath. "I don't know, Miguel. I don't think you can handle my version. I expect the naked truth when asked, and I especially expect the dares to happen without chickening out."

Miguel shrugged. "Well, I mean, isn't that the point, though?"

I didn't like this anymore. I finally had the golden opportunity that Juanito had promised, yet I somehow didn't want it anymore. It didn't feel right at all. "Miguel, I don't think you want to play his version. It can be dangerous."

Juanito released a dramatic gasp and a playfully hurt expression. "Alexito, I'm offended. Why would you think that?"

Miguel eyed Juanito like he was suspicious or probably just super curious. "What kind of danger exactly?"

"Well, nothing life-threatening, of course. Just ... you know? You might end up naked at some point."

Fuck. Juanito was good with his seduction. Too good. I worried things would go too far. I remembered hours ago how I'd have loved for something like this to happen had it crossed my mind earlier. Not anymore. Truth or Dare was wicked when Juanito took over. 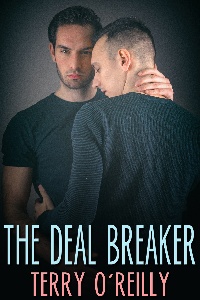