Jeep duty takes a deep infatuation to the next level for these two hunky Army privates, though the jump ahead to eight years later is where the real action starts. 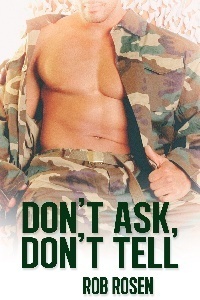 I spotted him outside a café, sipping his coffee and looking like he had the last time I’d seen him nearly eight years earlier, except maybe he was even more handsome, more rugged -- if that was physically possible.

I can still remember that day like it was yesterday. See, I’d just enlisted. Was sent to Fort Jackson in Columbia, South Carolina. It was a hot, sticky, miserable place, but it was my only alternative. In and out of foster care, juvenile detention halls, and local jails, there were no jobs waiting for me, no future to look forward to.

So I joined the Army: free food, free education, and free housing, until I got my shit together. There were lots of hunky men, too, which was a problem, but hopefully not an insurmountable one. Then again, they didn’t ask me if I liked men when I signed up. Needless to say, I didn’t tell. But, of course, I did like men. Boy, did I ever.

They threw me in with a whole mess of them, all young, most of them like me: a little lost, in need of some discipline. I’d seen guys like this before. Fucked a whole bunch of them, too. It wouldn’t be so easy this time, though. There’s some irony that they call you Private, considering the Army is anything but. So sex, it would seem, was out of the question -- for the next nine weeks of basic training, anyway.

That first night was when I noticed him. The day had been long and grueling. Most of the men in my unit went directly to their cots and fell fast asleep. Not him, though. He went right to the shower and washed the muck and the grime off, then came swaggering out in nothing but a barely-there towel.

In the standard greens, he looked practically like the rest of us. Not naked, though. Not by a long shot. He was two bunks over from me, so I could watch him, which I did, intently.

He had thick, hairy legs, with massive, well-worked calves. Tree trunk legs, we called them. The kind that could break your neck, if you were lucky enough to get in between them. Above the towel were abs that defied the traditional six pack. The guy seemed to have ten of them -- all rock-solid, all hairy as hell, all sliding and rippling against each other. Then came the two massive pecs, just as hairy, just as hard, with two thick, pink nipples begging to be tweaked, to be sucked, to be bitten. And the face, man oh man, was it handsome: stubbled jaw, Roman nose, the greenest of green eyes, laser intense, and, of course, the now prerequisite crew cut, brown, with just a hint of red when the light hit it just right.

“Come on,” I whispered to myself, just under my breath. “Drop the towel. Drop the fucking towel.” 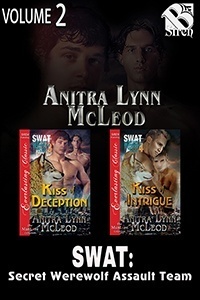 And to Hold (MMF)
Pepper Espinoza
In Shelf
$1.99
Tweets by
sirenbookstrand