Justin Carter had the worst day ever one year ago on Valentine’s Day and wants nothing to do with the holiday even though it’s the busiest for the flower shop he manages and hopes to own someday. Exhausted, he stops in to the bar two doors down where he finds Rafe Santiago, a man who wants to become more than a willing ear.

Justin’s ex show up with accusations and Justin turns to Rafe for comfort and support. Can Rafe cure the bad association that Justin has with Valentine’s Day and make Justin his own?

It was ten P.M. and Justin Carter was about to close Flowers and Chocolates after a very long and arduous Valentine's Day when an executive type came in the door. "I need a dozen red roses for my wife."

"I'm sorry, sir. We ran out of roses two hours ago." Justin stood waiting to see what the customer would say.

"You had roses this afternoon, I know because I sent two dozen to a friend," the man said, slightly annoyed.

"All I have left are some orchids and chrysanthemums with maybe six white roses. I can make an arrangement with those along with some greenery. Otherwise I can sell you a chocolate candy heart filled with homemade truffles." Justin tried to be patient; but it was five minutes to closing on a holiday where flowers were an integral part of the ritual. "If you take the arrangement, I'll charge you the same amount as I would have for the roses even though the orchids are more expensive." The man stood, obviously considering his options.

"Can't take the chocolate, the cow is always on a diet. What do white flowers symbolize?" he asked Justin. Justin's heart went out to the poor woman who was married to this cheating bastard.

"Generally, purity, innocence and undying fidelity." Justin knew that this bastard sent two dozen roses earlier to his mistress. He had the slightly disheveled look of a man who just got out of bed after getting laid.

"White's perfect. Undying fidelity, she'll like that. She's dumb as a post." His customer chuckled. Justin felt the urge to defend the absent wife. If only he could he'd make an arrangement that would tell her what a scum bucket she married; but he couldn't alienate a customer, not if he wanted to buy this place from his boss.

He went into the back and took his time making a beautiful arrangement in a lovely square crystal block. He hated this holiday. It was a panacea for fools. A year ago today, on a beautiful February morning he'd received a dozen red roses from Nicky, by evening he found they meant a whole lot less than nothing and he'd been living with the pain of that betrayal ever since.

Valentine's Day the previous year was the worst day of Justin's life and although he managed a flower and upscale chocolate shop and the store did well on this day every year, he hated the day and would for the rest of his life.

He brought the arrangement out to the customer, who didn't seem to care that Justin stayed after the scheduled closing to help him. He let the customer out the door and locked it behind him, turning the sign on the door to read closed.

He went in the back to clean up and started to cry and wasn't able to stop until he locked up the shop at eleven. Justin had thought he could make a new start today. He'd even planned to hit a club, but it wasn't meant to be. Even if he had gotten out on time, he wouldn't have gone clubbing anyway; it was too soon. 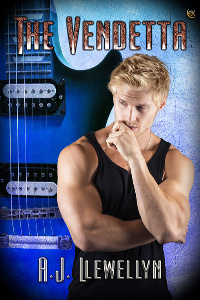