Ten years ago, Maxwell you-can-just-call-me Clark thought he would spend his life as a military man. But his world turned into a nightmare when a suicide bomber destroyed Clark's career. It's been a long road to recovery, but now Clark finally has peace. His bar, Glow, is the place to be in the city of New Amsterdam; Lucian Gray, the son of the mayor, employs Clark as a confidential information man; and Clark’s side venture as part-owner of a BDSM club is quite the profitable release. Clark’s life is a good one, so long as no one gets too close.

Then a man walks into Glow who will forever change Clark’s rules and reality. Thinking Professor Daniel Germain is just another handsome face ripe for Clark’s kind of good time, Clark puts on his smoothest moves. When the professor turns him down, Clark goes on the hunt, and what he discovers shows him that even the deepest wounds can be healed by submitting to love.

"Nearly all my work has been in private, so this is very new to me. Thanks for enumerating the rules."

"Not a problem," Clark said. "I'm here to ease the way and make sure you have a good time." Clark smiled, but it didn't reach his eyes. Daniel was getting familiar with that look.

"So if you find you need a private room tonight, you can use mine. As an owner, I have my own in the back of the 'combs." Clark shifted, scanning the room again, and Daniel couldn't shake the feeling that Clark was hiding something.

"Thank you," Daniel replied, and mulled over Clark's offer. "I don't really intend to get involved with anything tonight, but I guess I'll have to see how things play out." He glanced at the nearest area. "Are there themes to the stages?"

Clark looked anywhere but at Daniel, and a faint frown appeared between his eyebrows, mouth forming a familiar expression of tension. "The main stage is for staff shows. The play areas change from time to time, but I suppose you'd call them 'themed,' yes. Stocks, spanking, tables, guest performances." Clark shrugged. "Chance likes to switch things up in the areas on a whim, and Lucian lets him. Otherwise, nothing would ever change. Lucian's fairly big on consistency."

"You say that like it's a flaw in character, Clark," said a voice from behind them that was as slick as river stone. Daniel turned with Clark to watch a slender man approach.

"I would never hint that you had character to flaw, Lucian," Clark quipped.

The corners of Lucian's mouth tilted upward, and he turned his speculative gaze to Daniel. Lucian Gray was tall, lithe, and made of angles and long lines. Tonight he wore a black velvet shirt with boning that showed off slim shoulders and shapely collar bones. The shirt stopped above his navel, exposing lean muscle and pale skin. Black, skintight pants covered his lower body, but they were draped in so much fine silver chain that they got lost beneath the links, and Lucian's boots laced up over his knees. Leather gauntlets covered Lucian's wrists and forearms, and his waist-length brown hair was held away from one ear by a diamond-studded clasp.

Stunning, thought Daniel. Lucian seemed to maximize the femininity of his appearance, and it worked for him. Lucian smiled and extended a hand to Daniel. "Lucian Gray," he said.

Daniel took the hand, and there was something in Lucian's eyes that made Daniel resist the temptation to bring the knuckles to his lips. Instead, he shook it, matching grip for grip, no stronger. "Daniel Germain," he replied. "I am very impressed by your place."

"Clark has said many good things about you," Lucian continued. He eyed Daniel with a fixed, long-lashed gaze. "And it's easy to see why he likes you." Lucian's eyes flickered to Clark, and he looked almost sympathetic before he made a noise that was hard to identify as a low laugh.

Daniel glanced at a stoic Clark. What he saw there made him hold his breath. Widened eyes, a slow blush, and stony silence caused a cascade of thoughts and images to fall through Daniel's mind.

Meeting Lucian felt just like meeting any other dom. Daniel never responded to them. Even the most abrasive behavior rolled off him like water off a duck. He turned politeness on like a shield. He never, ever got angry at doms being doms.

Then why the hell do I get so angry with Clark?

Clark letting him turn his hand in the bar. Clark waiting for him outside the building rather than coming in to find him. Clark going from hungry and happy to tight and worried when they'd talked about Daniel's private business. Clark's horrified look when Daniel had asked about the possibility of blackmail. Clark's shuttered gaze when Daniel called Clark "Sergeant." Clark's small teases with sub-language. Clark's sudden relaxation when Daniel made a specific request for a tour this place. Clark's clothing choices for the club.

The effort Clark had gone to in tracking Daniel down was extraordinary. Why he'd started was still a mystery to Daniel. There was no way in hell Clark could have known about the potential tie-in to Break until after he'd done a lot of work. Daniel knew how hard it was to get information on his side business. Clark would have found the death of Daniel's parents, all his school and normal business records, and probably even his medical, contact, and license information first.

Just like the moment Daniel hit the curves on the mountain road, everything suddenly went clear.

He wants me to dominate him, but he can't say it. He can't say it consciously to himself, much less to me. He's saying it in all the nonverbal ways I would have read if I weren't so damned nervous about this place, or if he hadn't gotten me at the university.

And I want to take him so badly, too. I'm responding to his need, even when he denies it with every tease.

What the hell am I going to do?

Daniel let out his breath.

I'm going to do what I always do. Listen. Watch. See the way in. 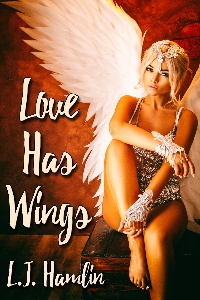