Onstage, AJ Mobley is smart, clever, and commands attention. Offstage, he's shy and lost to everything but his music. The reason for the difference? Tyrone Dahl.

For the past two years, AJ and Tyrone have been the star attraction at the Reno bar, Heat Wave. Their dueling pianos act is fast and funny, but their camaraderie isn't just under the spotlight. They're best friends away from the show, too. An opportunity to take their act to Las Vegas seems like the perfect next step in their careers.

There's only one problem -- AJ's been in love with Tyrone almost from the moment they met. He's hidden it well; after all, Tyrone might be bisexual, but he's also never lacked for company. AJ would rather be his friend than another notch on his bedpost.

But Vegas beckons. And Tyrone wants to take the leap. The last thing AJ can ever do is deny his best friend ...

Tyrone chuckled. "Kira loves us." Back to the earlier subject, it looked like. "She's been scouting around, trying to find something that'll mesh with the vibe of this new restaurant, and she thinks we're perfect for it."

"She thinks we're perfect after one show?"

"Nah, this was the fourth one she saw. You never saw her watching before?"

AJ shook his head. Unless they were right up by his piano, he rarely remembered anybody in the audience. All his attention was fixed on Tyrone.

"Anyway, we'd get a three-month probationary contract, twice what we're making now, plus tips. In Vegas. You just know those are going to be sweet."

"But we live here, Ty. You really want to up and move like that?"

A frown replaced Tyrone's smile. "What's wrong? This is our dream."

"No, it's your dream. I'm perfectly happy here."

"You call this happy?" He gestured around the dark apartment, the silence echoing back at them. "You live the quietest life of anyone I know. I can't even remember the last time I saw you go out on a date."

Tyrone made a face, brushing him off. "That's no excuse. Plenty of guys come through who look at you twice. You're just too much in love with your piano to notice them checking you out."

No, I'm just too much in love with you to want anyone else. He wondered how things would change if he ever found the nerve to tell Tyrone the truth. But almost as quickly as he wondered, he laughed at the idea. It was ridiculous to even contemplate because he and Tyrone weren't cut from the same cut of cloth at all.

Dark, liquid eyes searched his, long enough for AJ to start getting lost in them. "Which is even more reason for you to move to Vegas with me. If there's anyone I know who deserves to find someone, it's you."

Sentiments like that made it harder to stay annoyed with Tyrone. Because AJ knew he meant it.

"Moving is a lot of work," he tried instead. "And what about Freeman? We owe him a lot."

"We'll help him audition replacements. And you know he and Janie want only what's best for us."

"You'll know me." Another devastating smile. "And with me as your roommate, maybe you'll finally start letting everybody else see what I do."

Roommates. Living together. Vegas. AJ's head whirled at the possibilities. On the one hand, living with Tyrone would be torture. Having to see him bring home the men and women he hooked up with on a constant basis? AJ was setting himself up for heartbreak every single night. On the other hand, maybe seeing Tyrone on a daily basis would dispel some of the perfection AJ saw. If he could see the object of his affections at his worst, maybe he could finally move on. And if anybody could help him find someone, Tyrone was the one. 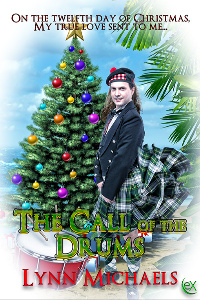 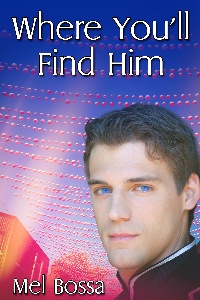 You in My Arms (MM)
A.C. Katt
In Shelf
$4.99
Tweets by
sirenbookstrand