The August 1883 eruptions of Krakatoa took place half a world away from North America’s Dakota Territory. Yet, John Strobaw’s explanation to his Lakota kinsmen of the atmospheric anomalies caused by those cataclysmic explosions secured his reputation as a shaman. That plus his strange black scalp dotted with strands of his mother’s yellow hair, earned him the name Medicine Hair.

The Cut Hand saga continues as John and his mate, Matthew Brandt, struggle to bridge two worlds. Matthew, a full blood known as Shambling Bear, lives deeper inside his Native American culture than his lover. But John’s growing reputation as a medicine man and the historic events of the time draw Cut Hand’s grandson away from the white man’s world onto the plains occupied by the Sioux Nations.

Can John and his mate find a way to live together in two worlds? 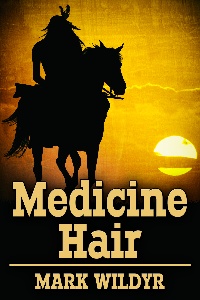 A few minutes later, five ponies came into view, making straight for the yard. The sixth rider was likely on the hill to act as lookout. The man in front lifted his arm in the open-handed greeting.

We had exchanged hah-ues before I recognized Crow Hop, Buffalo Leg’s son. I smiled and stepped forward to give him an Indian handshake after he dismounted. A year or two older than my twenty and four, he was taking on some of his father’s heft. A pleasing man of aquiline features, he started making polite talk while I gestured for his companions to take water from the keg. They were all fit men of an age, but for one. He had probably seen his thirtieth summer. His erect carriage and piercing eyes caught my attention. He held his tongue through the getting reacquainted talk. Finally, it was his turn.

“I am Firm Foot,” he said. “I have been to this place before when I was but a boy called New Star. This was back when the whites were fighting the war between themselves and militias ruled the land. The Yanube who lived here did us a great kindness.”

“That would have been my grandfather, Otter.” These men would understand my term of respect.

“Just so. My father is Spotted Panther, and my grandfather was Grass Dancer. Otter sheltered us and gave us provisions as we passed through and came to our aid when the militia caught up with us.”

“That was his nature,” I said. “He helped when he could. Sometimes to his own risk.”

“We heard what they did to him,” Firm Foot said.

I couldn’t help glancing at the cottonwood. “I saw six horses in the distance. Yet there are only five of you.”

Crow Hop motioned with his chin to the hill. “One of us keeps an eye out for a patrol.”

My eyebrows shot up. “You are renegades?”

Firm Foot shook his head. “Nay, not as you mean it. But the army declares any who leave the reservations renegade. When we leave, they call it ‘breaking out’ and figure we’re digging up hatchets to make war. I’m surprised they haven’t put you on an agency.”

“I have too much white blood for them to make the effort,” I said. “Besides, my tiospaye is gone. Murdered over thirty years ago by American soldiers. Dragoons they called themselves back then. I’m a farmer, and that’s what they want us to be, isn’t it?”

Firm Foot looked down his nose. “They’ll not make a dirt scratcher of me. I am a warrior. The militia turned me into one the day they shot down Grass Dancer and my sister on Trickling Water north of here.”

“I have nothing except coffee and tea and water to drink, but you’re welcome to that. I can probably find enough bread and cheese and jerky for a meal.”

He accepted my offer. Fifteen minutes later, we all gathered on the porch, most of my guests sitting on the planking to eat and sip and converse. After more talk, it became clear they were on the hunt for provisions because allotments at the agency were slow and often short. I offered one of my steers. Even though this was why they had come, they remained seated. Lord, don’t let this turn into one of those long, protracted things where it takes forever before a blood gets around to talking turkey. Nature intervened to speed things along.

One of the younger braves grunted and lifted his chin. Most of us were under the cover of the porch and had to stand in the yard to see he was pointing to a sun enveloped in a wispy purple hue.

I spoke without thinking. “It already has.” 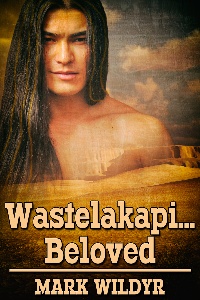 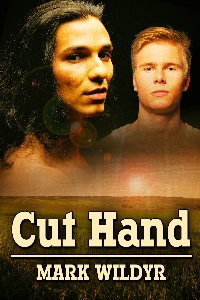