When a flash flood strikes, Steven stays behind at school to find a little girl who hid from the storm. His lover, Derrick, comes to rescue them both but can only get Josie out.

Will Derrick be able to get back to the elementary school in time to get Steven? Or will he lose him to the raging flood waters?

“You must be new to Austin.” Derrick leaned casually back on the edge of the bar, dressed in a cowboy hat, boots, a western shirt and a pair of Levi 501s that left little to the imagination in contrast to Steven’s dress pants, oxford shirt and cotton sweater.

Steven could tell Derrick was a native. His voice held the Texas twang Steven found so charming. “Can I buy you a drink?” Derrick asked.

Steven looked up and down the bar and saw his usual lemon martini wouldn’t be appropriate so he ordered a Corona with lime. “Thanks, I’m Steven Hayes.”

“Up until a month ago. I was recruited to work in the Austin school district. However due to budget cuts they decided to close down the school I was supposed to teach in a month before school started. Teachers who already taught in the district were given preference by the Board of Education for any teaching jobs opening up in other schools and I was shut out. I have nowhere to go until I get another job. I’m lucky they decided to give me my whole contracted salary in severance pay in case I brought suit for wrongful termination but staying at the Residence Inn will eat up that money if I don’t get a job soon. Besides the hotel, I have bills to pay.”

“Would you have ... brought the suit against the board of education, I mean.” Derrick examined him so closely that Steve felt like a bug under a microscope.

“Of course not.” Steven bristled. “There were other teachers in that school who were supporting families. I was the last hire. It was only fair that it was me who went.”

“Yeah, but you moved out here for that job.” Derrick persisted.

“There is that, I suppose. That’s probably why I got the severance.”

Steven had verbal diarrhea again -- it was a defect in his personality, spilling his guts to strangers -- but Steven figured he would never see Derrick again and he needed someone to talk to. He’d been alone since long before he left New York, being ostracized by his wealthy family and having his boyfriend leave him because he was cut out of the will.

“So you’re a teacher, what do you teach?” Derrick took a long swallow of his beer and Steven watched his sexy throat, spellbound. His family wasn’t around anymore -- he could look all he liked.

Derrick waited for him to say something. He was eating Steven up with his eyes.

Steven answered, stammering, “I teach elementary school. I’m qualified to teach Pre-K through middle school, but I prefer teaching first, second or third grade. They are so curious and anxious to please at that age. Their minds absorb information like a mop absorbs water. The kids repeat everything they hear so God forbid you say anything you don’t want everyone to know.” Derrick laughed.

“I love little kids. They haven’t, as yet, divided the world into tribes. Most of them don’t see or care about race or religion, ethnicity or sexuality until their parents teach them their family’s own particular brand of prejudice. All they care about is who broke their crayon and what’s in their lunchbox. The job I was supposed to have in Austin was teaching first grade.”

“Do you have to stay in Austin?” Derrick asked.

“No, I’m pretty mobile. I sold everything before I left New York figuring I’d get some new things out here.” Steven ducked his head behind his chin length hair then absentmindedly tucked it behind his ear. “I’m staying at the Residence Inn down the block.”

He was only a few inches shorter than Derrick and his black hair and blue eyes were a contrast to Derrick’s light blond hair and pansy brown eyes. They’d look good together. Steven thought this was someone he’d like to know a lot better and fate made it possible. So, to his own chagrin, Steven continued to babble.

“I’ve thought about becoming a tutor, but there doesn’t seem to be much need for that here with all the homeschooling and Christian Academies. Yesterday, I picked up an application for a manager’s position in an independent bookstore. It doesn’t pay much, but I can’t live off the severance forever, I need medical insurance and I’m still paying off my college loans.” Derrick nodded his head in what appeared to be sympathy.

“How old are you?” Derrick asked him.

“I’m twenty-six. I spent an extra two years in school to get my Masters in Education.” Steven lifted his eyebrows in suspicion. Why was he asking Steven’s age?

“I’m thirty-two, not as much of an age difference as I thought.” Steven looked at Derrick quizzically. “I know of a job opening.” Derrick’s eyes sparkled.

Steven stood straighter and the flush left his face. This was more important than flirting with a good-looking man.

“It’s for third grade, but it’s in Copper Creek.” Derrick leaned forward and began to peel the label off the bottle of beer, giving sidelong looks to Steven.

“Copper Creek is between Waco and Austin. The town hosts a magnet school for the kids for five other smaller towns and all the surrounding ranches and farms. All the kids are bussed into town from the outlying areas. Some kids come from as far as an hour away. There is a large student population and three classrooms for each grade.

“The elementary, middle school, and high school are all on the same campus. Copper Creek is a tiny speck on the map but we do need a teacher. Mrs. Colson retired last year and we can’t seem to recruit someone who wouldn’t mind teaching and living in such a small town.” Steven received another side-long look.

“I’m gay and out. The reason I came out here from New York was that I came out of the closet and my family wasn’t supportive, so I left the area. I didn’t want the constant harassment from them that staying in the city would bring.” Steven looked away from Derrick. He blushed; he was afraid that he said too much again.

“I already figured out you were gay, we’re sitting here at a gay bar.” Derrick chuckled. 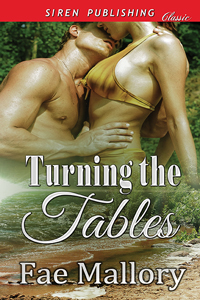 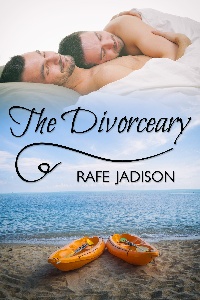