Getting a Mate in Four Easy Steps (MM)

Percy Watts is a successful omega entrepreneur who works in the entertainment industry. In spite of his success, he's still an omega in a world dominated by alphas and betas. He's tired of being groped and figures he needs an alpha to protect him, but he doesn't count on finding two incredible alphas at the auction house.

Alpha Diego Lawson holds a steady job as a librarian in the research department but dreams of opening his own café someday. His best friend suggests he join the alpha auction house.

As the highest bidder, Percy secures the services of both alphas as bodyguards. But things escalate when he receives yet another threatening letter from an alpha who seems to be obsessed with him.

Can Rohan and Diego keep Percy safe while they try to navigate their blossoming relationship?

Getting a Mate in Four Easy Steps (MM)

"I like you," Rohan blurted out, and he gaped in embarrassment when he realized what he'd just said. "I mean, I think you're sweet, down to earth, and really nice."

Percy blushed. "Thank you. You're being kind."

"It's the truth, and you're welcome," Rohan responded while doing his best to suppress his excitement.

He wasn't a complete failure after all. At the very least, there was one omega who liked him somewhat, and that was better than nothing. He was about to continue with the conversation when he smelled another alpha approaching, and that raised his hackles. He might not have memorized the mixture of scents from earlier on purpose, but he recognized that combination of cedarwood, honeysuckle, and lemon. It could only be Diego. A part of him was aware he didn't have the right to monopolize Percy's time and attention, but he couldn't help his reaction. He was annoyed when Diego showed up next to him. He was even more irritated when Diego waved a hand at Percy.

"I've introduced myself to all of the omegas and betas in the room, but I saved the best for last. I'm Diego Lawson."

"Awesome. So, Percy, what do you do for a living?"

Once again, Percy was obviously astonished. He repeated his story to Diego. Rohan could only seethe internally as he stood quietly between Diego and Percy.

"You're the second person tonight who doesn't know who I am, and that's fantastic. Some of your fellow alphas were rather overeager to get close to me, and they frightened me so I had to get away from them in a hurry."

"Who's the first person?" Diego asked, and Percy pointed at Rohan. "Oh, I see. Well, I'm a librarian, and as much as I hate to perpetuate the stereotype of someone in my profession, I prefer books to most of the shows on television. I really love to read. What about the two of you?"

"Absolutely into books myself," Rohan replied, feeling relieved and thankful Diego finally gave him an opening to get back into the conversation.

After that, the three of them started discussing their favorite books, but they discovered they enjoyed different topics for the most part. Rohan liked books about politics, wine, coffee, and various other beverages. Percy, being who he was, preferred books connected to his line of work, and maybe some romance, mystery, and horror, as well. Diego's chosen genre wasn't fixed. As long as it was a non-fiction book, he would probably give it a try. They conversed for several moments before Diego eventually excused himself and Rohan.

"We can't monopolize Percy's time and attention," Diego whispered to Rohan as the two of them made their way toward a few other omegas who were gathered on the other side of the room. "It won't be fair to the other alphas."

Rohan knew Diego was right, but he was still pissed off at the other alpha for dragging him away from Percy. Nevertheless, he forced himself to open up and chat with the other omegas as best as he could. This time around, he was a lot more relaxed, and he was able to get through the various conversations much more smoothly. However, deep in his gut, he was aware he was already fixated on Percy. He hoped Percy also liked him enough to bid on him later. That would be a dream come true for him. 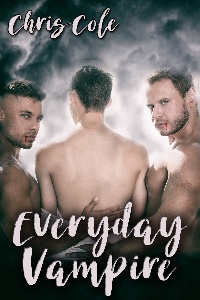