Fit, feisty and funny Rachael Harrison has conflicting dark fantasies, ranging from being "taken" to being in control. Unsatisfied with her romantic life in England, she returns to the place of her youth, Meadow Ridge County, Texas, where unconventional relationships are the norm.

When Rachael meets Joshua Ryden, the serious and dominant owner of Sweet Water Ranch, the level of mutual attraction is intense. However, Rachael believes that Joshua wants to share her with his brother and backs off. The situation is resolved by Joshua’s sister, Janet, a sexually inexperienced college student, who finally acts upon her long standing love for the very experienced Deputy Sheriff, Mitch Mathews. They embark upon a passionate and humorous romance.

After Joshua helps protect Rachael’s veterinarian career and professional reputation from a source of unfounded slander, their relationship strengthens. They become even more sexually voracious and creative as Rachael demonstrates to Joshua that he can also give up control occasionally--with explosively passionate results.

Note: This is a stand-alone title.

4.5 STARS: "This is an all encompassing book. It will tweak your funny bone, spark your own desires, and make you fall in love with the characters. I am smitten with both Rachael and Joshua as well as the with secondary characters in Sweet Water Vet: Taking Rachael. The story is well-rounded with a believable tale of love, lust, and downhome Texas fun. I was drawn in from page one and my interest was held throughout the book. Rachael is a strong, independent woman who I immediately liked. She has her life together; she is successful, and even though her career is important she realizes something is missing. Her needs are easy to relate to; she has fantasies that are not necessarily easy to admit or understand. This made her seem very realistic as the story progressed. Her doubts seemed genuinely real. Rachael and Joshua coming together is not only dynamic, it is explosive and I won't be forgetting them anytime soon. I was pulled into their relationship and couldn't help but root for them. Ms. Forrest does a wonderful job creating a story that plays like a movie in the mind of her readers; her descriptive prose breathes life into her characters. I will be on the hunt for more work by this talented author, and I can't wait to see what else is available." -- Teagan S. Boyd, BookWenches

Captivated, Rachael watched as Joshua splashed water over his face and torso. Bloody hell, he is a spectacular example of a man. He looked strong and hard with muscles clearly defined on his shoulders and back. She shook her head to clear her thoughts. It was not professional to get distracted on the job by a client. James was cute and almost indecently good-looking, but Joshua attracted her like a moth to a flame. She couldn’t bring herself to look away when he turned around, drying himself with a towel. Lord above, his front was even better, with a solid chest, clearly defined abs and a V-shaped slab of taut muscle disappearing into his jeans. She quickly dropped her eyes and then furtively looked at Colin.

“Careful cuz, Josh is not a vanilla kind of guy, if you get my drift.”

Was he talking about kinky sex? Oh, sweet Mary, the very thought excited her, and she felt her panties dampen. “Well, I sure as hell don’t expect him to be a tutti-frutti.”

Joshua wondered what Rachael had said to make Colin bark out a laugh. She had intelligence and sass, and he found it to be a potent combination. He was aware that she was watching him. Her presence was like gravity, constantly exerting an influence, pulling him to her. He strode over, shrugging on his shirt.

Just then Colin’s cell phone rang, and he turned away to answer it.

“I hope that you won’t object if I work with Colin at the ranch when needed?” Rachael looked a little flustered.

When needed? Right now,on all fours. “No, I don’t mind, you’re…good enough.” Joshua said, again remembering the conversation in his UV.

His voice sounded strained, even to his own ears, and he was almost gnashing his teeth. What the hell? Within seconds of him being near her, his cock had become engorged, hard and ready. He shifted his position and held his hat in front of his groin to hide his evident arousal.

Colin finished the call. “That was John Greenhall on the phone. He has a problem with one of his horses. I don’t need you with me, but as it’s not far from here. I’ll go directly. I’m sorry, Rach, but you’ll have to put off your home improvements until later.”

Joshua immediately said, “I’ll give Rachael a ride if she wants. I’m headed into town anyway.” Yeah, he’d dearly love to give her the ride of her life.

Rachael blushed as if she had read his mind. “Okay,” she nearly croaked.

“Thanks. I’d better have a rain check on that coffee and get right on over there.” Colin gave her a quick hug. “You were great today.” He got into his truck and, after a quick glance at Joshua, added, “Remember what I said. I’ll see you at home later.”

Joshua wondered just what Colin had said.  He couldn’t think how the topic of his sexual preferences would have arisen but, now that Colin was gone, she looked a little distracted and flustered. She seemed to be trying to avoid looking at him. He noted how she rubbed her palms against her thighs, and wished that it were his hands there instead.  She breathed deeply and her nostrils flared. He guessed that he was affecting her as much as she was affecting him.

She quickly dodged past him and headed to the washstand. After frantically peeling off her white coat, she thrust her hands into the running cold water and vigorously splashed her face and chest. She now glowed with vitality rather than embarrassment as she patted herself dry with a towel from her bag.

As before, Joshua was struck by her natural beauty. She wasn’t wearing makeup and her skin looked great. The body-hugging vest she was wearing molded itself to her firm breasts. He unconsciously licked his lips. He wanted this woman─wanted to touch every inch of her and taste her skin, her lips, and her pussy. Hell, the prisoner in his pants wanted out now, and it was darn uncomfortable. He slammed his hat on his head and buttoned up his shirt, leaving it hanging loose to hide the obvious bulge in his jeans.

“He has a job over at John Greenhall’s place. I’ll take Rachael on my way into town.”

“You will?” smirked James.

“Home. I’ll take her home,” he quickly clarified, sounding flustered, which was a first. “Oh, for God’s sake,” he muttered with exasperation, more surprised by his own behavior than James was.

Suddenly he swerved the UV off the road and brought it to an abrupt halt behind a clump of thick bushes. In one fluid quick move, he slapped both seat belts open and dragged her across his lap.

“What am I doing? I want you in my bed. I’ve thought of little else since I met you, but I can’t wait,” he ground out.

Raw instinct pushed all thoughts from his mind other than to take this woman and to screw her senseless. With an arm under her, he roughly pulled her to him and crushed his mouth down on hers. It wasn’t a gentle kiss but a fierce possessive assault on her lips that claimed her mouth, allowed no refusal.

At first, she weakly attempted to resist, with a protest muffled by his kiss. “You’re a client. This is not professional.”

“Who cares?” He knew in the back of his mind that he should, but the aching need to have her was simply too strong.

He pressed harder and she responded by relaxing her jaw and parting her lips. It was sheer bliss as she willingly received him and they shared their first kiss, full of passion and promise for things destined to come. His tongue slipped into the warm wet confines of her mouth, then thrust deeper, duelling with hers. She snaked her arms up around his neck and ran her fingers through his hair. He could sense her fevered desire. It matched his own.

He moved his free hand under her T-shirt, pushing it over her breasts.

He deftly unclipped her bra and released her breasts, beautiful, ample pale globes topped with pretty, candy-pink nipples. His cock would fit nicely between them, and that image flitted in his mind as he buried his face and sucked hard on each pert bud while he undid the button and zipper of her jeans. He slid his hand under the scrap of lace that masqueraded as underwear, down over her smooth, partially shaved mound, and felt the moist evidence of her arousal. He gently skimmed his middle finger and thumb over her wet pussy lips and then pressed on her clit in a circular motion.

“Oh, God, that feels so good,” she gasped as she tilted her hips and parted her legs more.

He responded to her unspoken invitation and plunged his thick finger into her creaming cunt. Her eyes widened as she watched him slowly remove his hand and put the finger to his mouth.

She tasted exquisite. He knew that he would enjoy lapping at her pussy when she was more comfortable and he could take his time, but not now. He returned his hand to between her legs and reinserted his finger. She clenched around it as he slowly moved his hand back and forth, returning pressure on her swollen clit with his thumb.

She tugged on his hair to bring his lips in contact with hers again to be devoured by a ravenous kiss. He moaned into her mouth as she writhed on his lap. Her hip pressed against the outline of his hard length straining against the confines of his jeans. She squirmed more and ground against him, and he matched her rhythm with his hand. It was her turn to moan.

He kissed and nipped his way down her throat to her breasts and sucked on her tits again, alternating between them, gently biting and pulling the hard, protruding nipples. He stopped playing with her breasts for a moment to look into her dark brown eyes. The pupils were dilated with desire, and he knew that he could lose himself in the depths of that gaze.

She slowly closed her eyes and tipped her head back, exposing her throat and pushing her breasts upward. It was both a wanton and submissive gesture, which ignited his passion further. He returned his mouth to her nipple and flicked and sucked more forcefully. The sensation began like the small tremors preceding a major earthquake. Her clit was the epicenter, and he felt the shock waves languidly radiating outwards through her body. She stiffened and jerked.

“Joshua, I’m coming,” she cried out as her channel gripped and undulated around this finger, flooding his hand with her juices.

He felt a sense of urgency like never before. It screamed at him to take her any which way, to take her now. He removed his hand and clawed at her clothes, yanking her jeans down and off. Flinging the door open, he half dragged her through. She stumbled as her feet hit the ground for a moment before being lifted up against the side of the UV.

“Rachael, if you don’t want this, say so now,” he said with barely restrained lust as he tore open his jeans enough to release his huge cock.

Ten and a half inches of ridged, wide shaft sprang out. 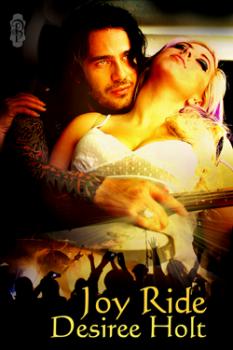